By KIRIT RADIA AND NICK SCHIFRIN

Syria today "welcomed" an offer by Russia to put its chemical weapons arsenal under international control so that they could eventually be destroyed.

Syria's statement came very quickly after the proposal was made by Russian Foreign Minister Sergei Lavrov in what he said was an attempt to avoid a U.S.-led strike on Syria.

"We call on the Syrian leadership not only agree on a statement of storage of chemical weapons under international control, but also its subsequent destruction, as well as about the full accession to the Organization for the Prohibition of Chemical Weapons," Lavrov said in a statement to reporters.

"We will immediately join the work with Damascus if establishing international control over chemical weapons in that country helps prevent attacks," the statement continued.

"The Syrian Arab Republic welcomed the Russian initiative, based on the concerns of the Russian leadership for the lives of our citizens and the security of our country," Muallem told reporters, according to Russia's Interfax news agency.

Muallem said Syria agreed to the move because of its "trust in the wisdom of the Russian leadership, which is trying to prevent the American aggression against our people."

Lavrov's comments came after Secretary of State John Kerry suggested earlier in the day that if Syria gave up its chemical weapons by the end of the week an attack could be avoided.

"He could turn over every single bit of his chemical weapons to the international community in the next week. Turn it over, all of it, without delay and allow a full and total accounting," Kerry told reporters during a press conference in London with his British counterpart.

"He could turn over every single bit of his chemical weapons to the international community in the next week. Turn it over, all of it, without delay and allow a full and total accounting,"

The State Department later walked Kerry's statement back, calling it an off-hand "rhetorical argument." < lol have to say this phrase creeped me out.

It's unclear whether the Obama administration, which is pushing a military strike in response to an Aug. 21 chemical weapons attack blamed on the Assad regime, will seriously consider these offers.

State Department spokeswoman Jen Psaki seemed to walk back Kerry's original remark, clarifying that Kerry "was making a rhetorical argument about the impossibility and unlikelihood of Assad turning over chemical weapons he has denied he used."

She added: "His point was that this brutal dictator with a history of playing fast and loose with the facts cannot be trusted to turn over chemical weapons otherwise he would have done so long ago."

But Lavrov said he has already handed over the proposal and expects a "quick, and hopefully, positive answer." 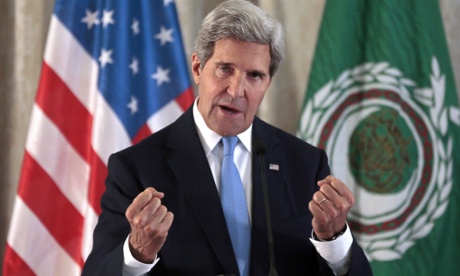 Syria 'Welcomes' Russian Call to Give Up Chemical Weapons

So you can do THIS to avoid an attack.

Wait what? They agreed?

Oh shit...umm...that was just a rhetorical argument, we didn't actually expect them to do it!

Talk about bending over backwards.

Just to try not to get taken out by the US 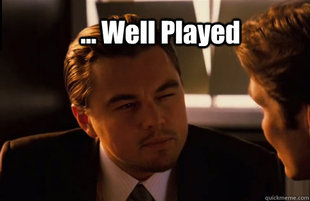 LOL they are going to have to scramble for an attack quick now.  They don't want something like this getting in the way of their plans.

I heard Barry already taped PBS, NBC, CBS, Fox, and a bunch of other shit!

Think of the footage!

Fuck our politicians. I mean I know things are more complicated than we are ever made privy to, BUT come on here. We say we have "proof" that Assad is responsible for the attack, yet amid an international outcry for proof we provide NOTHING and are trying to rush an attack, then delay it, now rush it again before the UN investigation comes back. We lay down another "red line ultimatum" to which Syria via Russian assistance calls our bluff and yet we still want to go ahead with a "limited air strike" attack.

Obama wasn't kidding with transparency. Instead of hiding all the corrupt shit in Washington, he's flaunting that shit with a smirk and a clinched fist and there really isn't a damn thing we can do about it. Zig Hail Obama.

They are going to pull the 'trillion dollar bill' trick right out if the simpsons playbook.

Didn't happen to Bush so why would it to Obama. There is no karma justice in this world. Haven't you noticed? All the good people on the world get cancer etc. and all the scum live forever.

I am 100% confident in this administration that they will still find a way to attack Syria.

If Assad does give up his chemical weapons, I don't see how people think not firing a bullet and achieving the ends makes this administration look badly.