"Music industry experts project that the '90s rock act will unseat the pop star to claim the No. 1 slot - and Swifties are not having it."

An example of one of the educated fan's tweets: "There is a chance of debuting at No. 2 due to a new band called Tool. If this ends up being the case then that would be an embarrassment beyond belief. This is Taylor Swift. She did not work her socks for the album and promo for this mess to happen."

Agreed. And the social media soapbox of the internet to voice their opinions!

Let the illegal immigrants have it, out country is fucked

Brings me back to the days of TRL live with korn battling britney spears.

I love me a good ol fashioned music popularity fight.

Let the illegal immigrants have it, out country is fucked

You don't want none of this smoke Kavanaugh.

I had to stop after that part

Not an ounce of sex appeal, pathetic!

She is so awkward. It's quite charming.

We need like a monster mania voice going "battle of the century' live live live, a pretentious douche vs a giant cunt live live live"

They both stink who cares 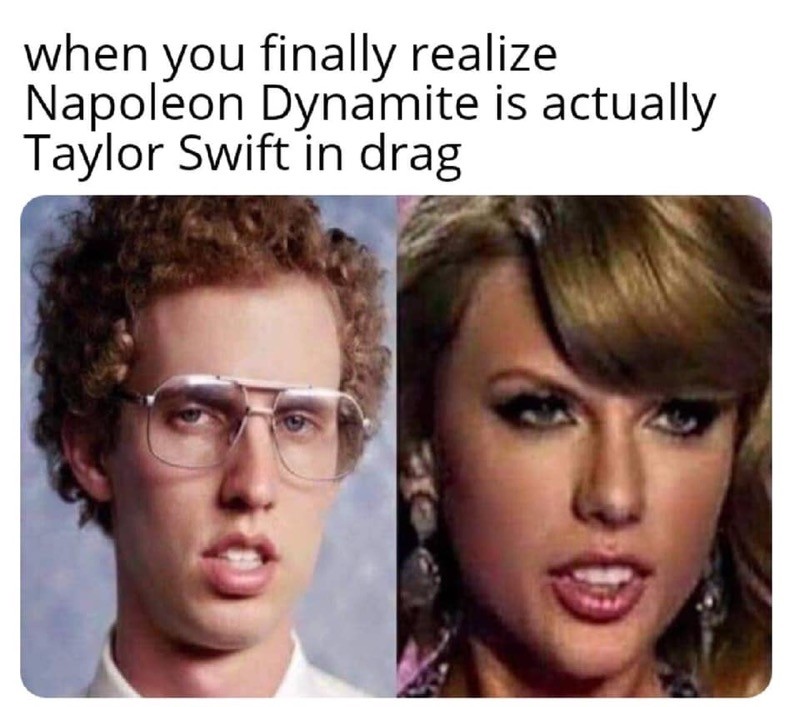 This is literally the dumbest shit.

At least taylor swift has evolved in the past decade, and doesnt just release recycled garbage to please people

I'm conflicted as a simultaneous tool and taylor swift fan!?!? *pokes head out of closet*