Tell me about Yoshihiro Akiyama

he is a fucking cheater. Been caught twice greasing. Makes GSP's affair look like a cakewalk:

Also, he reffered himself as the "michael Jackson" of Korea. What a douche!

Family Jules - Also, he reffered himself as the "michael Jackson" of Korea. What a douche!

not sure if being michael jackson is a good thing, but he is VERY big in korea. my mom in korea would call me once in a while and babble about how she watched an MMA fight with akiyama (or choo sung hoon in korean)
Family_Jules April 28, 2009, 10:36am #48

"Oh now injury is the reason why he lost to Chonan? How about getting out struck and then subbed."

I've had to argue this about 40 times now, but if you go back and actually watch the fight, Chonan really wasn't outstriking Anderson at all. Mauro and Bas were slobbing Chonan's knob, but Anderson easily outstruck him early (especially with punches) and then Chonan started landing good leg kicks in the 2nd half of the fight but it still wasn't any sort of decisive advantage the way revisionist historians make it sound.

On the actual topic of this thread, Akiyama is a world-class judoka with solid stand-up skills. He'll be a major wild card in the UFC, as he's obviously skilled, but he's also one of those weird cases where a guy isn't very experienced, but is already past his prime age-wise. It's really tough to say how good he'll be. My feeling is that he'll beat Belcher but will have trouble with higher level opponents.

Get the facts straight. First of all, K-1 found him guilty of greasing whereas in GSP's incident, he was found to be innocent. Why would GSP appolgize then. He didn't do anything wrong.

"Michael Jackson" applied lotion to his body and legs (recorded on camera) and u see him slipping out of the takedowns like butter. What did GSP's "greasing" affect. Nothing! HIS CORNER (NOT GSP), applied some to his shoulders and back, whoopty do. Come on dude, u can't even compare the 2 incidents.

"Michael JacKson" didn't "MAN UP" he just appologized cuz he HAD to! Or they would have never let him fight again.

And last but not least, he didnt step forward and vacate his win as the honorable fighter you make him out to be, K-1 did it for him!

"Oh now injury is the reason why he lost to Chonan? How about getting out struck and then subbed."

The sub is irrelevant since we're talking about the striking. No idea if the injury was a significant factor, just repeating what I heard. For me the reason he lost is because the fight was five years ago and he was nowhere near as good as he is now.

Interesting. To be accurate if it's the interview I found, Anderson is not present and Rudimar just says Chute Boxe has fighters "such as Anderson" who can and will fight in K-1.

Be that as it may, I've never seen Cyborg show standup skill like Anderson's (current).

I've seen all of Akiyama's fights. Comfortable on the ground, but not elite BJJ skill ground game. Decimated Saku, however, he was Oily".

Nice KO of Kang. Handled Melvin Manhoef easily once he took him down.

Misaki beat him. Regardless of the subsequent reverse decision, Misaki had his number. One of the "rumors" about was that Akiyama has not been "the same" since that KO.

Some fighters are "done" after one devastating loss. All remains to be seen. He also suffered a pretty bad KO at the hands of brutal stiker Jerome LeBanner. A sloppy cocky fight by Akiyama, where he did not work on his strengths.

Overall, he's an interesting character. Very popular in Japan and Korea. I hope that he does well in the UFC, and becomes a challenger for the almighty Anderson.

My gut tells me not to expect a Superstar. I'd be very surprised if he has a big win over Belcher. He may very well win, but Belcher is going to give him a very real challenge.

"Getting KOed by a complete unknown."

Yeah, 13 years ago, when he was a 165lb 20 year old who had barely any fighting experience.


And Cyborg is a monster on the feet. Pele and Shogun, two guys who are both good strikers- neither stood with Cyborg."

I'm not arguing Cyborg isn't dangerous on the feet. I'm saying I haven't seen him show the level of skill standing that Anderson has. Do you think Cyborg is a better standup fighter than Anderson?

I'm still waiting for the non-elite strikers that have outstruck Franklin and Murray.

Akiyama did not have brass knucks in his glove. Gloves are checked by officials prior to match, before hand wrapping, and after. Official signs the tape with a marker. Knucks would have been noticed and felt. Saku never complained about Akiyama's fists.

Greasing ? A bit different than the GSP Vaseline application.

Akiyama admitted to putting body lotion on himself daily. The dude "Sun Tans", probably on a tanning bed, and probably several times per week.

Now putting lotion on ones self, letting it absorb and dry, then having it become activated by sweat during a fight is a whole different thing than actually applying Vaseline to your back and arms.

Melvin trolls are the worst - he got worked by Akiyama, knocked out by the 2nd gayest fighter in K1 (next to NAGASHIMA) and has ZERO ground game - but he's the second coming of Jesus to some of you

The guy is solid. Look forward to seeing him fight. 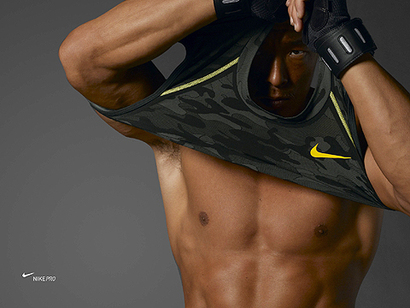 "Right now in Japan, the MMA bubble has already burst. We have to revive it, bring it back. I think that if I do well in the UFC, it might help make MMA a little more popular in Japan.

..I am aware that a lot of Asian fighters aren’t doing well, and I’m thinking seriously about it. Because of that, I think it’s worth fighting because I want to fight on a big stage and overcome that image." 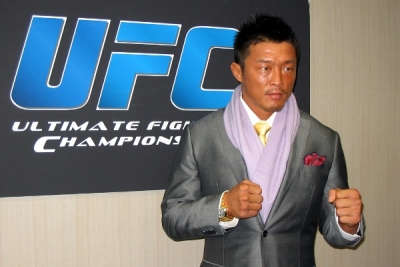 Master Shredder -  He is a greasing cheater...so he will fit right in with the UFC but wont get to use his loaded glove.

i love Akiyama but this made me LOL