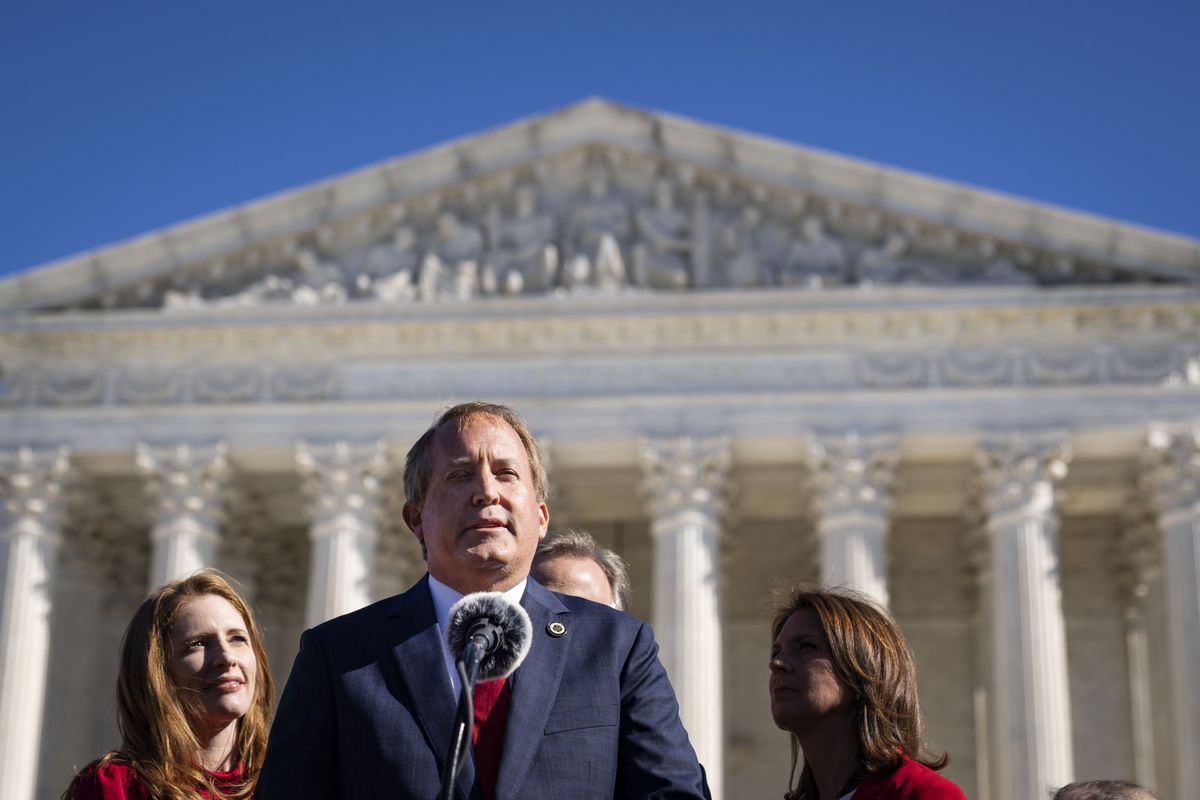 The controversial Texas social media law HB 20 will take effect following a ruling today from a US appeals court. The tech industry trade groups NetChoice and the Computer and Communications Industry Association (CCIA) managed to block HB 20 in court last year, but that victory has been undone by the Fifth Circuit Court of Appeals, which today granted Texas Attorney General Ken Paxton’s request for a stay in NetChoice and CCIA v. Paxton . NetChoice and the CCIA were successful in blocking a similar law in Florida last year.

HB 20 allows Paxton’s office or Texas residents to sue social networks that moderate based on “the viewpoint of the user or another person,” among other offenses — language that potentially makes basic moderation decisions legally risky.

The ruling follows a confusing hearing where a Fifth Circuit judge claimed web services like Twitter “are not websites” and compared them to phone companies like Verizon, which are governed under specific common carrier rules set by the FCC. NetChoice and the CCIA can choose to mount an emergency appeal, but without quick intervention from a higher level like the Supreme Court, the law is now in force.

“In an unusual and unfortunate move, a split 2-1 Fifth Circuit panel lifted the injunction without ruling on the merits and without issuing an opinion explaining the order. Because HB 20 is constitutionally rotten through and through, we are weighing our options and plan to appeal the order immediately,” said Carl Szabo, vice president and general counsel of NetChoice.

HB 20 covers web services that have more than 50 million active monthly users and rely primarily on user-generated content. That includes giant networks like Facebook but also many smaller sites and apps. It also applies rules specifically to email providers. It’s an unprecedented decision to let state governments control how companies moderate websites. It also conflicts with a different circuit’s decision to block the similar law in Florida, potentially setting up a Supreme Court fight over moderation — which some justices seem eager to take on.

But it’s not yet clear what the decision practically means for Texas residents or others on the internet. The rule applies to decisions made after the law takes effect, so aggrieved users can’t sue over past conflicts with the services. Google didn’t immediately respond to questions about whether it would change its policies. Twitter and Facebook owner Meta declined to comment.

THE LAW COULD MAKE MANY KINDS OF MODERATION RISKY

Based on the hearing, the decision seemingly hinges on judges’ sympathy for claims that large social networks constitute a “public square” or a utility akin to a phone network — where operators are required to treat content neutrally. Internet service providers like Comcast were defined as common carriers under the Obama administration’s net neutrality rules, but those rules were quickly repealed under former President Donald Trump, and web platforms like Facebook and Twitter have never fallen under the definition.

In a brief opposing the law, the Knight Institute noted that “much user content expresses a viewpoint,” so HB 20 potentially bars sites (not only Twitter and Facebook but apparently also Yelp, Reddit, Tinder, and many other sites) from enforcing community standards, including bans on hate speech. The rules apply not only to banning users or removing content, but to “discriminat[ing] against” content, which the Knight Institute suggests could include adding fact-checking notes or any other labels.

Either way, it could send a ripple effect across the internet — even if it’s later repealed.

What’s your take on this, Fake?

To me, treating big internet companies like utilities makes sense but I’d like to know what your legal take is.

Perhaps the First Amendment should be applied to certain private companies. Let’s be real, this isn’t Bob’s Trans Am Forums being forced to allow people to post about Ford Mustangs. This is a massive communications hub reaching millions of people that’s used for official government business.

And there is already precedent for federal and state law to infringe on private business practices. Everything from the ADA to anti-discrimination laws and sexual harassments laws impose restrictions on the private business world regardless of those businesses’ desires.

Anti discrimination laws are a correct analogy and how this fight will be fought. Every single one was challenged on first amendment grounds as well (I have the right to associate with whomever I want). Also some states already ban employers from firing people for expressing their political thoughts, and those have been OKd so this is just extending that same concept to customers vs. employees.

which does not conflict with the first amendment in theory