The Far Side cartoon is coming back!!!

Gary Larson's THE FAR SIDE Cartoon Coming Back

Gary Larson said goodbye to fans and the absurdist universe of The Far Side with his final comic on January 1, 1995, and since then the real world has done everything it can to live up to the inanity of his iconic comic strip. Unfortunately, the foolishness of 2019 isn't nearly as enjoyable as sentient chickens and oversized suburban bugs. Now, the 21st century might be getting both of those creatures--along with aliens, cavemen, clever cows, and women with beehive hairdos--because for the first time in almost two decades, the cartoon's official webpage has been updated. And unless this joke is on all of us, The Far Sidewill soon be returning.

After sitting dormant since 1999, The Far Side's webpage was updated suddenly and without warning (which we first learned about at The Daily Cartoonist). It features a new cartoon of an explorer using a blowtorch to melt some of the strip's most iconic characters from a large block of ice. Below it reads, "Uncommon, unreal, and (soon-to-be) unfrozen. A new online era of The Far Side is coming!" Since the cartoon itself is signed by Larson, it certainly appears he will be returning with all new comics for the first time in almost 25 years.

Gary Larson's official website for The Far Side stayed virtually untouched since July 2000, a time capsule of the early web--until yesterday, when it got its first redesign in 19 years. https://www.thefarside.com/

339 people are talking about this

Does this make my complete Far Side collection obsolete? Yes. Do I care? Not even a little bit.

As for when the strip might formally return--and based on this announcement it seems to be coming back as an online comic--the best guess is January 1, 2020. The strip first appeared in paper's on January 1, 1980, and that date also marked its farewell in 1995. (Though a second Gary Larson's Tales from the Far Side TV special aired on CBS in 1997).

Will The Far Side seem as absurd in the 21st century as it did when it first debuted 40 years ago? We don't know, but we know we can use a good laugh even more now.

Grew up reading this and Calvin and Hobbes.  I miss the good old days lol

Fun fact: That big spiky bit on the end of a Stegosaurus tail is now officially called a Thagomizer.

Larson did a far side comic featuring a stone age lecturer naming it the Thagomozer:

The popularity of the Far Side led peleontologists to jokingly refer to it as such, and it became pretty widespread. Someone realised that the spiky bit of the Stegosaurus tail didn't actually have a name, and it has since been kind of unofficially adopted as the correct term. 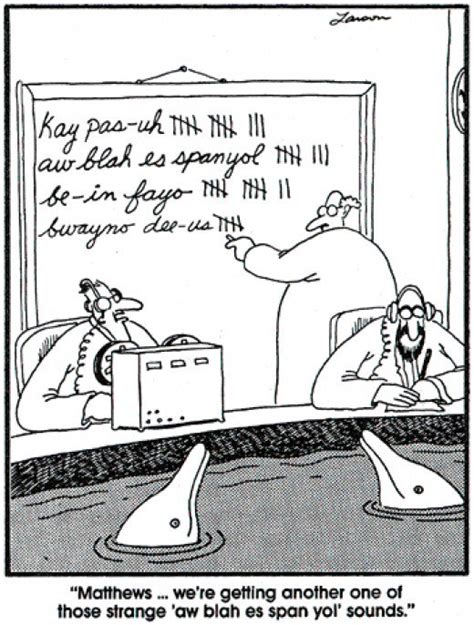 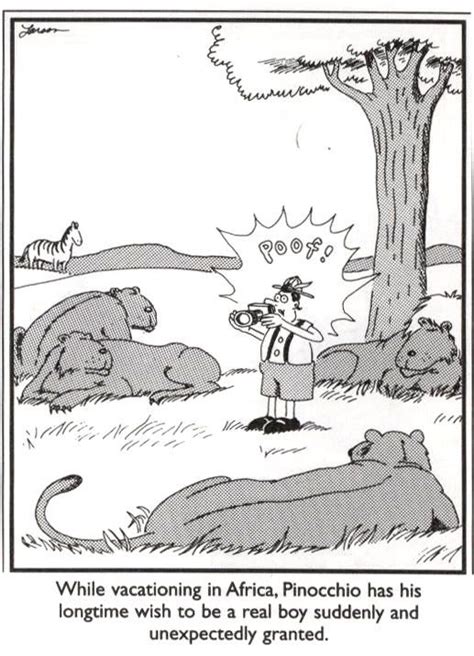 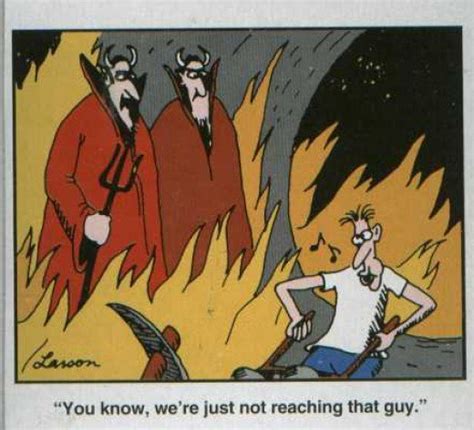 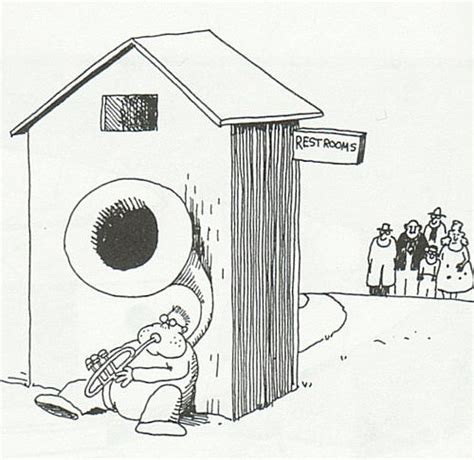 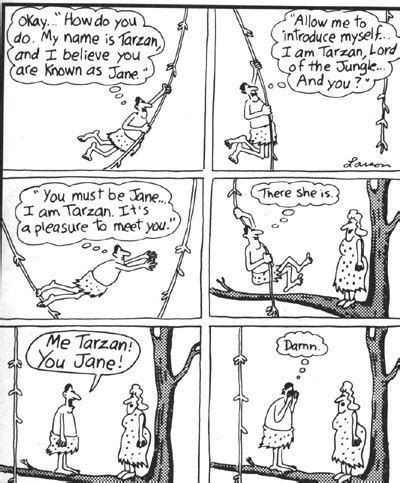 IN FOR FAR SIDE!! 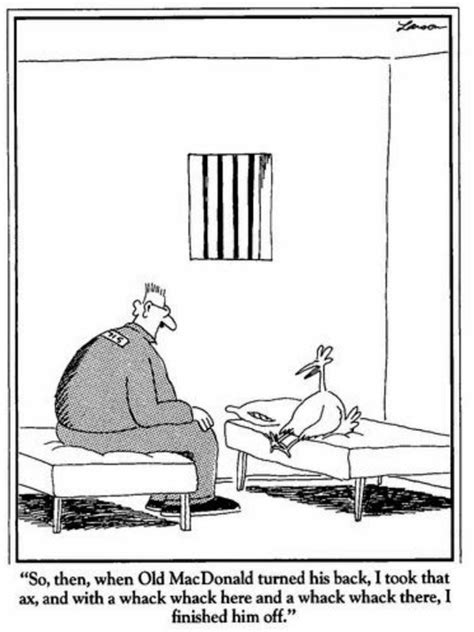 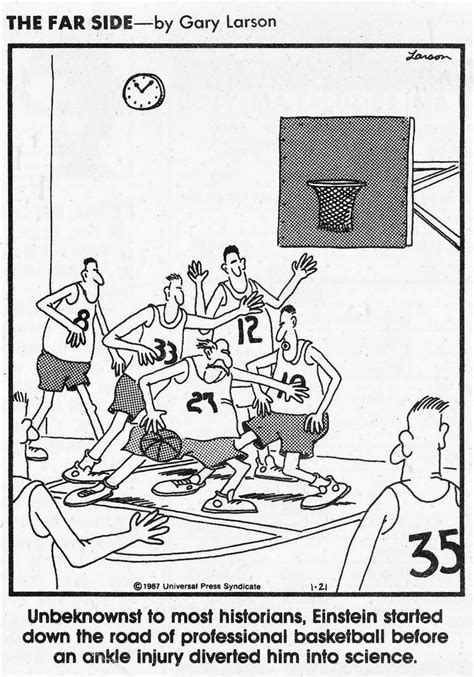 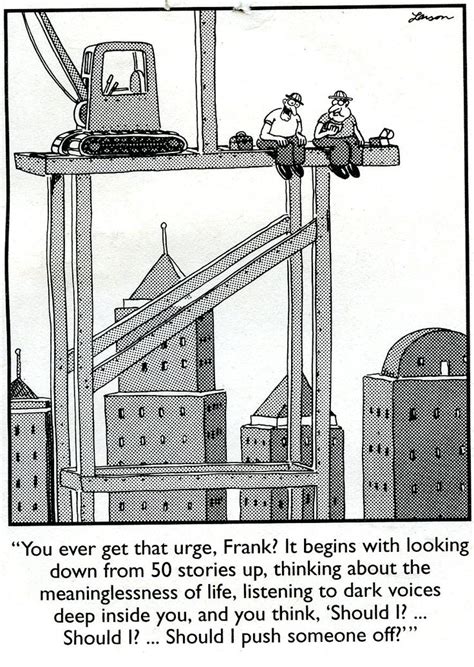 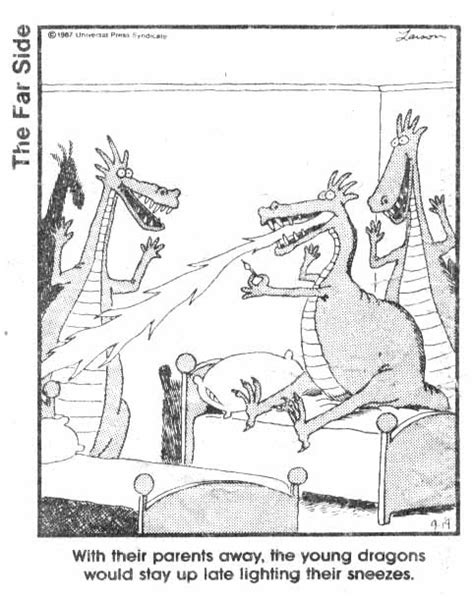 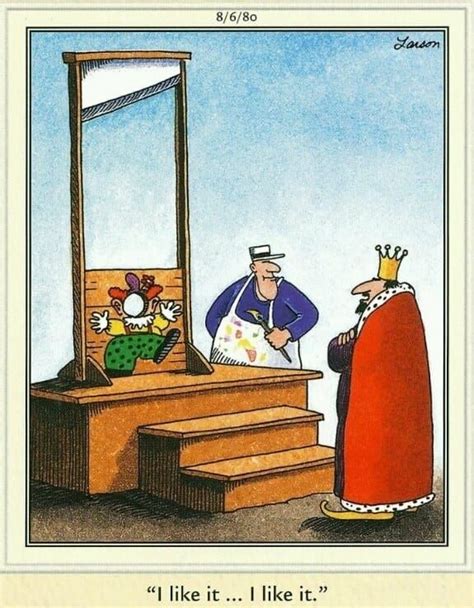 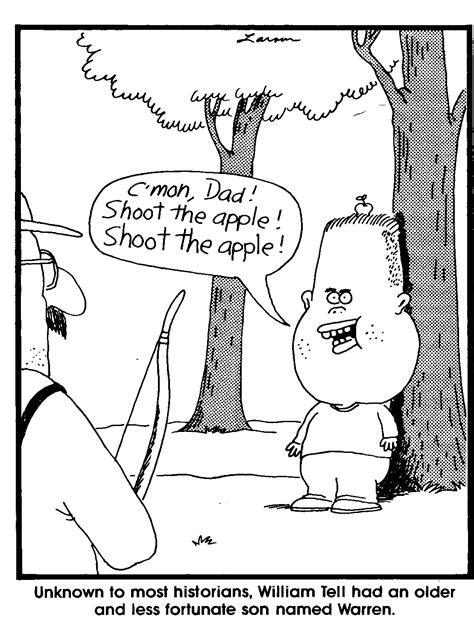 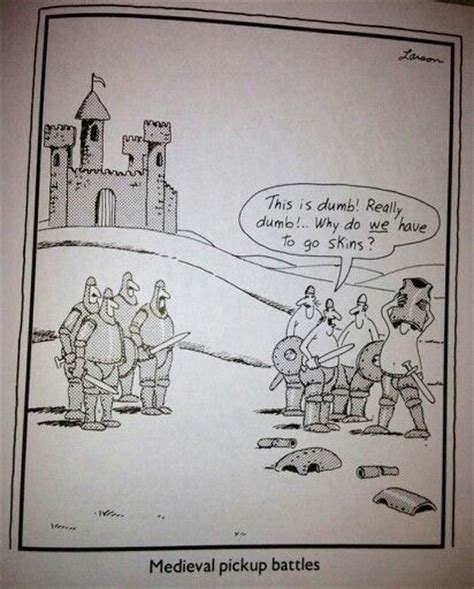