The former cop killed in the buffalo mass shooting…

… was working on inventing a waterbased car. he had a YouTube channel dedicated to it. 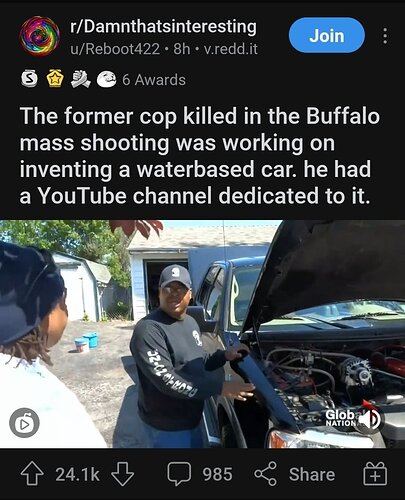 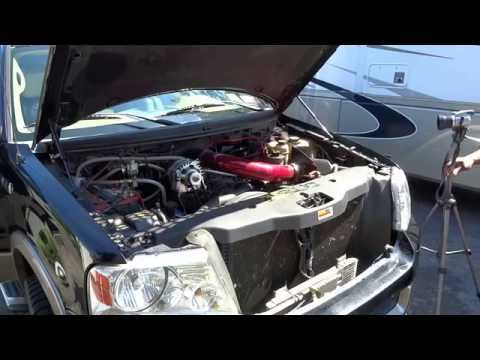 This other inventor also died mysteriously

The water fuel cell is a technical design of a "perpetual motion machine" created by American Stanley Allen Meyer (August 24, 1940 – March 20, 1998). Meyer claimed that an automobile retrofitted with the device could use water as fuel instead of gasoline. Meyer's claims about his "Water Fuel Cell" and the car that it powered were found to be fraudulent by an Ohio court in 1996. The water fuel cell purportedly split water into its component elements, hydrogen and oxygen. The hydrogen gas was then...

Yes, I’m sure he figured out a way to break the laws of physics.

It’s funny that people are still running these scams. There are dozens of these videos on YouTube.

Big Auto put out a hit on him?

Not to mention Big Physics.

Anyone watch the documentary Newman? I stumbled across it while channel surfing few years back and I thought/ hoped it might be a psych profile of the Seinfeld character, it wasn’t. It was a guy from rural Mississippi who had invented some sort of perpetual motion apparatus. I grew up in New Orleans and vaguely remember local pieces on this guy from the early/ mid 80s. Worth a watch. Can be rented on youtube but I think i noticed it recently on one of the streaming services. 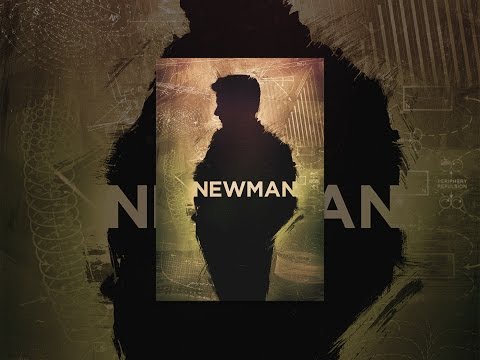 Damn shooters story makes no sense. He was told to kill this Salter guy.

I’d bet my nuts that all of these shootings were designed to take someone out who was a threat to the deep state or cabal.

Can someone compile a list of all victims of mass shootings over the past decade along with a list of their extra curricular activities.

The real deal about a guy getting killed because of his alternative fuel engine is Diesel. Forget his first name but died unexpectedly.
Anyone care to guess what the original Diesel engine was designed to run on?

Stanley Meyer was the first guy. I just recently came across this Salter guy. Crazy stuff