Can't wait. Those Bulls were as interesting as they were excellent.

"Whenever they speak 'Michael Jordan' they should speak 'Scottie Pippen'"

"The Last Dance," a 10-part docuseries that chronicles Michael Jordan and the Chicago Bulls' dynasty, will debut on April 19 on ESPN.

This will be awesome

10 parts? Seems like overkill, unless we are getting lots of locker room shower scenes.

"Whenever they speak 'Michael Jordan' they should speak 'Scottie Pippen'"

Love this^. Feels like I've been waiting for this doc series forever.

While the upcoming 10-part documentary on the 1997-98 Chicago Bulls season, The Last Dance, is highly anticipated, the star of the series, NBA icon Michael Jordan, is concerned that the series doesn't paint the prettiest picture of him as a teammate. Jordan was notoriously competitive, and just as he held himself to an extremely high standard during his playing days, he did the same with his teammates. And while he did win six NBA titles leading the Bulls with that it could seem a bit extreme or excessive to an average observer.

"When people see this footage I'm not sure they're going to be able to understand why I was so intense, why I did the things I did, why I acted the way I acted, and why I said the things I said," Jordan said, via director Jason Hehir in an interview with Richard Deitsch of The Athletic.

Arodjohns - When is this going to be released?


"When people see this footage I'm not sure they're going to be able to understand why I was so intense, why I did the things I did, why I acted the way I acted, and why I said the things I said," Jordan said.

Fuck so it’s not gonna be realeased all at once? 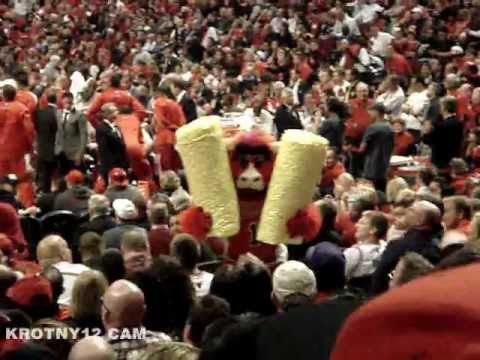 I can't wait.  Me and my son have been waiting for this.

* On a SideNote:  I met Michael Jordan in 1987 in a hotel in Springfield, MA.  He was with 2 women and asked me for directions to the movies.  It was about 11pm nd I was there waiting for the Lakers to arrive as they were playing the Bulls in the Tip-Off that they used to play every year.

He was super cool back then.  What stood out to me was how skinny he was and how dark-skinned (mind you I'm black).  I give him directions and he gave me his autograph.  Another college kid wass with me and asked Mike to sign his Magic Johnson Converses (remember those?)   Mike said he couldn't as he was signed to Nike but did give an autograph on paper.

Then the Lakers arrive (no Magic).  They were all assholes especially James Worthy.  But then again it was midnight  lol

IMO there are only two athletes that have risen above all to such a high degree, Michael Jordan and Wayne Gretzky.

I honestly feel very lucky to have been able to watch both of them and not just in highlight reels.  It is one thing to watch them in a 20 min youtube vid but another to grow up during their era and watch the best people to ever play the game actually play.

To say Michael Jordan was great or even amazing is wrong since he was the best to ever play that game.


"When people see this footage I'm not sure they're going to be able to understand why I was so intense, why I did the things I did, why I acted the way I acted, and why I said the things I said," Jordan said.

People already think that way about Jordan even more so in the Chicago area.  Maybe it’s finally time for the rest of the people to see that. As a Knicks fan I hated Jordan.  To me though MJ is goat in basketball.

I remember reading an artcile from either Sports Illustrated or ESPN the magazine, regarding Michael's final retirement.

What stood out is the author saying, something along the lines of, "you cannot put words or analogies to describe Michael Jordan.  It doesn't give his legacy justice to say, 'Michael Jordan is the Babe Ruth of basketball'.  Going forward, when someone is trying to defy greatness, they will say he is the Michael Jordan of"....

What's interesting is how true that ended up being.  Even in 2020 people say "He's the Michael Jordan of" insert whatever they're saying they're great at.

I enjoyed the first hour. Lots of unseen footage.

I liked it too. Didn’t really care for all the jumping around from 97-98 to the past every time.

Can someone hook me up with a stream please?

Was Krause really wrong to want to break up this team?

Would the Bulls have won more rings? How much longer could the championship train have gone on for?

Could the Bulls beat these teams in the following years?

2000 Lakers? Young Kobe, Prime Shaq, Glen Rice (Phil Jackson is not the coach of the Lakers in this scenario bc he is till coaching the Bulls)

People hate Krause because he was a socailly awkward ugly dude that was an easy target. Unless the Bulls are a lock to beat those teams, you break them up and rebuild.