The Left Comes for Tom Hanks: He's Non-Racist, But not ANTI-Racist (NPR) 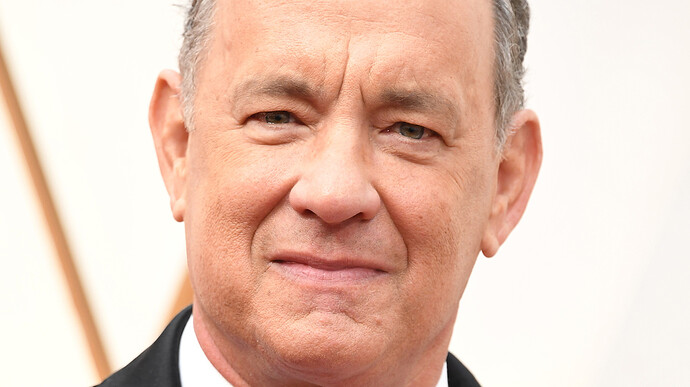 Opinion: Tom Hanks Is A Non-Racist. It's Time For Him To Be Anti-Racist

TV critic Eric Deggans says the Oscar-winning actor whose career has been rooted in films based on U.S. history needs to take responsibility for helping dismantle the notion of white exceptionalism.

It’s not enough for the hardcore left that you are simply not racist. My wife and I have had this discussion. We are both left of center on most things.

You have to be “anti-racist.” Which means what, throwing bricks through white people’s windows or something?

You know us non-racists are on the same side, right?

Fucking idiots. You are taking a legit cause and making people hate you for it, which will make them resist any good you are trying to accomplish

Yeah, but is it simply not good enough to just, you know, not be a racist?

What exactly do I have to do to be “anti-racist”

Far left wing politics have become a church, as much as they’d hate being called a church, that’s what it is.

It’s unadulterated Ibram X. Kendi trash. The guy is a fucking loon whose rhetoric is more likely to start a race war than anything any KKK Grand Wizard has said in the past 100 years, and a significant number of liberals THINK HE IS RIGHT. It fucking boggles my mind.

Here are some of his greatest hits.

Wait…him playing factual white historic individuals is bad. Should he play black historic figures? Would that make them happen?

Does anyone who isn’t mentally ill look at his films and think “damn white males are superior”? It’s a story of events happening in the world.

You sound like you can’t wait for this to happen.

The left is going to be able to shame its way into complete control and power eventually.

When you can shame people for not being anti-racist enough, it is a powerful thing. What public figure wants the label of being a possible racist?

That narrative has so much power and control it is unbelievable. We’ve already seen it with major corporations absolutely terrified of blue haired freaks on Twitter and the SJW “journalists”.

You can literally claim anything is “racist” or “non-inclusive” these days if you don’t like it and immediately have people bend the knee in terror because of it.

I blame social media giving a voice to absolute zeros.

For real…cause I’m black and I like getting my dick sucked regardless.

Well, there you go. Enjoy your now-open passion for cocks

We need to take the vocabulary monopoly back from the Left.

They’re not asking Hanks to be “anti-Racist”, they’re asking him be “Neo-Racist”. Critical Race Theory and the woke Left explicitly argue for Jim Crow style discrimination in employment and benefits. They are Neo-Racists, not Anti-Racists.

If he rips down a statue, would that prove he’s anti-racist?

You align more closely to regular racists than anti-racists.

Anti-racist are really just racists on steroids and their racism is overt. Most regular racist keep it to themselves.

If I have to choose between non racist and racist, I choose racist.

Looks like Hanks was trying to pander and get the wheels in motion for the 2023 Oscar winning movie, “Tulsa”. I have no problem with him getting shot by the woke left circular firing squad.