He believed ethnic minorities and nations needed to be swallowed up by powerful groups, dropped N-bombs with bad intent and was antisemetic

Why does Antifa / BLM / the blue and pink hair squad worship him?

Read this shit and throw it in the faces of those who embrace his ideology whilst still claiming morale superiority when it comes to racial equality.

Reminder, these people tear down statues and retroactively cancel people for ‘bigotry’ or ‘race hatred’ whatever the context.

“The Jewish n_gger Lassalle who, I’m glad to say, is leaving at the end of this week, has happily lost another 5,000 talers in an ill-judged speculation. The chap would sooner throw money down the drain than lend it to a ‘friend,’ even though his interest and capital were guaranteed. … It is now quite plain to me—as the shape of his head and the way his hair grows also testify—that he is descended from the negroes who accompanied Moses’ flight from Egypt (unless his mother or paternal grandmother interbred with a n_gger). Now, this blend of Jewishness and Germanness, on the one hand, and basic negroid stock, on the other, must inevitably give rise to a peculiar product. The fellow’s importunity is also n-gger-like.”Karl Marx, “Marx to Friedrich Engels in Manchester,” 1862

“What is the worldly religion of the Jew? Huckstering. What is his worldly God? Money. … Money is the jealous god of Israel, in face of which no other god may exist. Money degrades all the gods of man—and turns them into commodities. … The bill of exchange is the real god of the Jew. His god is only an illusory bill of exchange. … The chimerical nationality of the Jew is the nationality of the merchant, of the man of money in general.” Karl Marx, “On the Jewish Question,” 1844

“This splendid territory [the Balkans] has the misfortune to be inhabited by a conglomerate of different races and nationalities, of which it is hard to say which is the least fit for progress and civilization. Slavonians, Greeks, Wallachians, Arnauts, twelve millions of men, are all held in submission by one million of Turks, and up to a recent period, it appeared doubtful whether, of all these different races, the Turks were not the most competent to hold the supremacy which, in such a mixed population, could not but accrue to one of these nationalities.” Karl Marx, “The Russian Menace to Europe,” 1853

Tremaux “proved that the common Negro type is the degenerate form of a much higher one … a very significant advance over Darwin.” Karl Marx, letter to Friedrich Engels, August 7, 1866

But the left swing from his balls whilst splicing Rogan clips together, calling everybody white supremacists and hating on less racist historic figures

What’s with the self-hating Jews? Marx? Hitler?..FFS were they touched by a Rabbi or something.

“The expulsion of a Leper people from Egypt, at the head of whom was an Egyptian priest named Moses. Lazarus, the leper, is also the basic type of the Jew.” Karl Marx, letter to Friedrich Engels, May 10, 1861 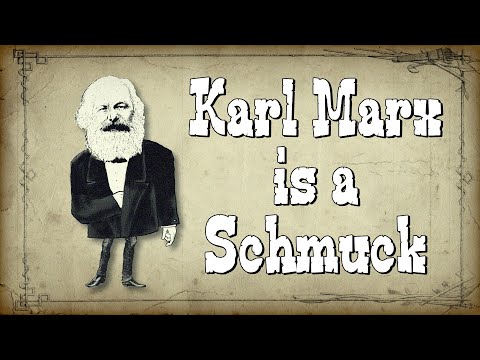 I wonder if the pink hair masses agree with this from their hero:

Under no pretext should arms and ammunition be surrendered; any attempt to disarm the workers must be frustrated, by force if necessary.

Karl Marx’s father converted to Christianity and had his son Karl baptized.

Karl Marx’s father converted to Christianity and had his son Karl baptized. 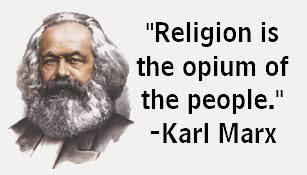