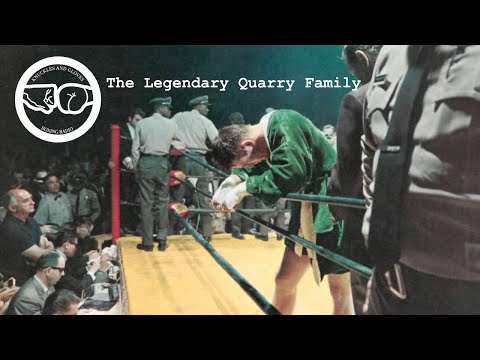 The Quarry family would make for a great movie or better yet a 6-hour limited series. The quick-tempered, hard-driving father, Jack & his fighting sons, Jerry, Mike & Bobby.

There was a fight outside after with one guy running after another who was clearly not interested.

I said “that guy fights like Caleb Starnes” and the gathering watchers who heard me laughed and we all carried on.

caleb would have won many running contests 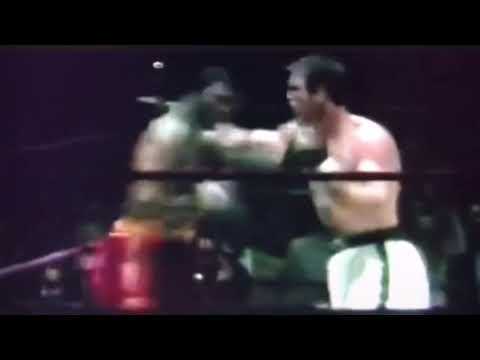 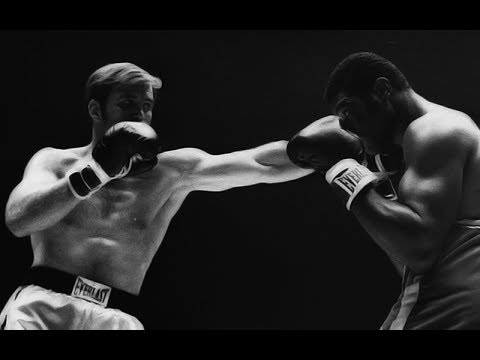 he knocked out Earnie shavers
btw HAVE A LOOK AT THE BANTER BETWEEN ALI, FRAZIER AND FOREMAN 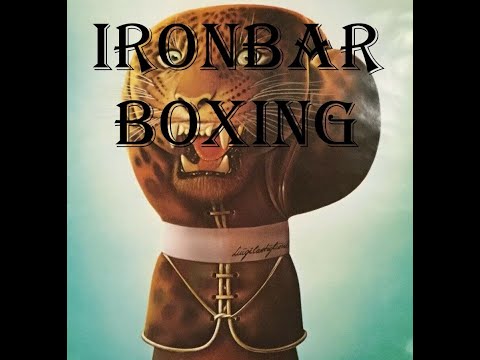 I was there for that fiasco in Montreal. Truly a WTF moment.

Cool thread. I am a half hour into the vid… will have to pause for now. I wish there was footage, but the conversation is interesting nonetheless.

yeah for sure, these guys get pretty deep into the subject
footage would be good 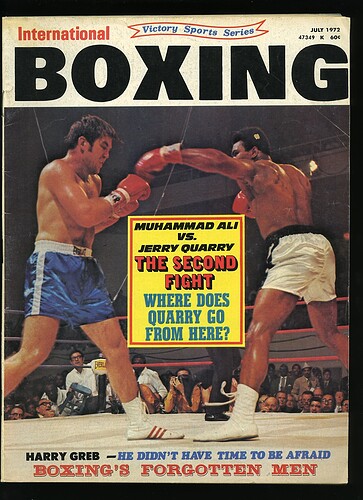 fight mags have the best covers, what a great photo.
Ali looks more muscular there than before his exile.
Such a shame that we missed three years of his prime over bullshit war propaganda.

Jerry quarry was one of my favorites, great video