What were you there for? A helper?

They only had two armorers, one of them couldn’t pass pistol qual so couldn’t carry a pistol inside the armory. The armory door lock was broken and wouldn’t open from the outside, so they brought in two people from other companies that were pistol qualified, so the one armorer didn’t have to work 24 hour shifts until the other guy could finally pass the pistol range.
It took him months.

I spent 180 days of my life with an m-14 on my back because no one would take people to the range and the ones that did go would not qualify on purpose.

The only way it stopped was getting Officer of the Deck qualified as an e-5 so a Chief wouldn’t have to stand watch if he could get some idiots to shoot straight enough at the range to replace me. 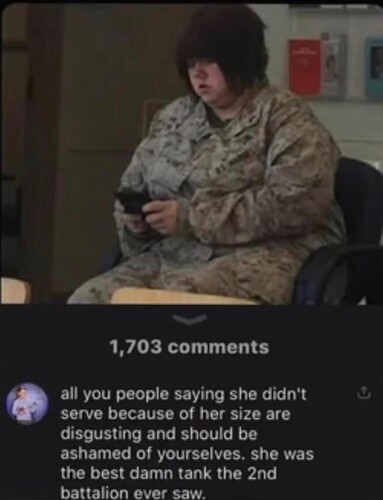 What a joke haha. He should’ve been reclassify as a cook or mechanic then

Oh? How big is motor pool? You think we didn’t clean anything other than one rifle? Oh Navy and Air Force, you guys are so cute 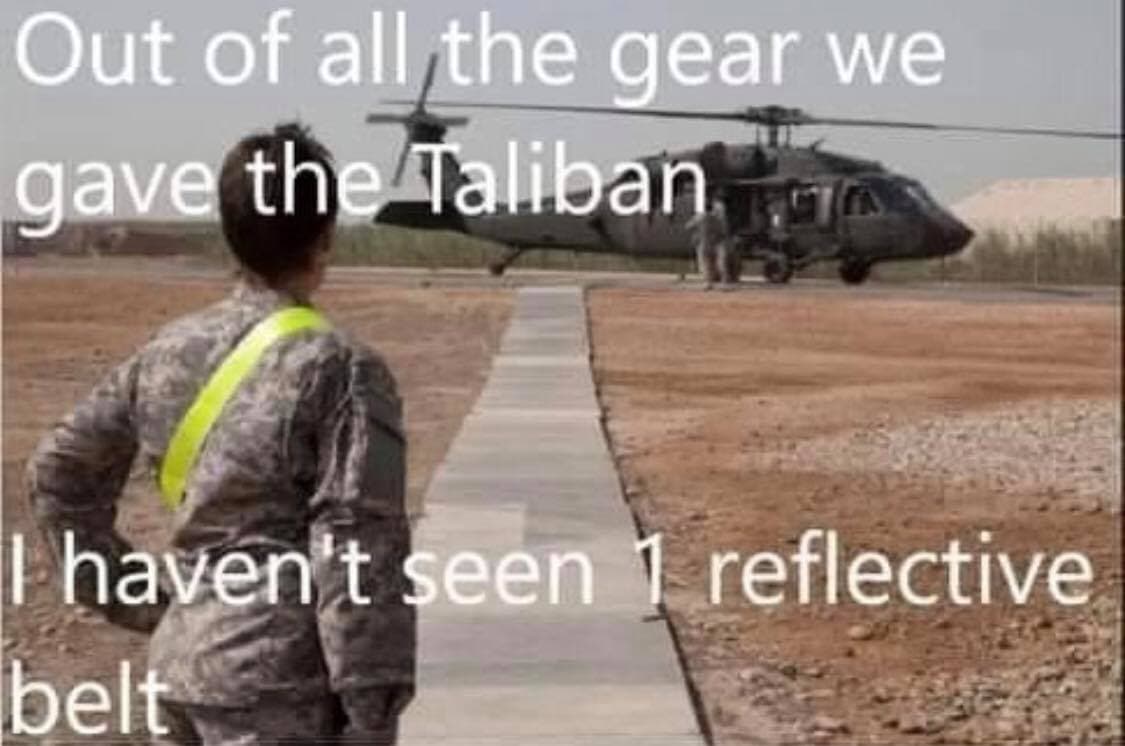 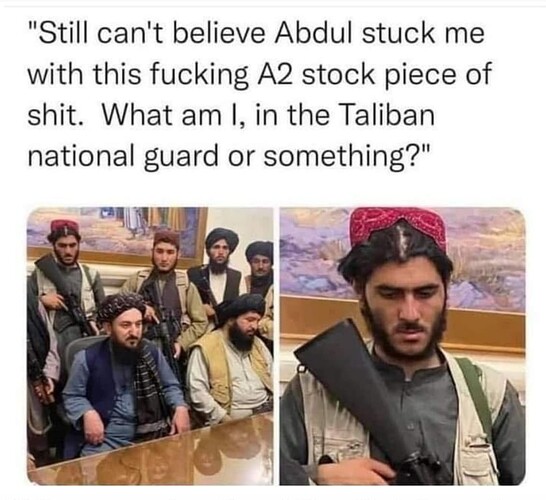 Fucking dying at one of the pics above - too far back, but I’ll reference it.

I just started playing a racing videogame called Forza Horizon 4, it’s your usual open world racing game with hundreds of different cars, etc. I don’t know jack shit about cars, but I’ve learned a lot by playing it. One thing I learned was how to tell lots of makes/models apart. The game has online challenges every week, and one week the car you had to use was a Dodge Charger. OK, no biggie - but I learned what it looked like and so on.

Imagine my surprise a week or so later when I noticed there are actually a SHITLOAD of people in my area in Mississippi driving Dodge Chargers.

Imagine my even bigger surprise a few weeks later after seeing the pic above that I started paying attention, and yup - seems like most of those Chargers have military license plates.

Chargers, Mustangs, Giant Trucks, Jeeps and then their secondary vehicles are mini vans. I should walk through my neighborhood and take pics for this thread.

My wifes new PL, butter bar boy, has went to the XO and asked to quit, lol. I didn’t even know that was possible, maybe it’s only allowed for officers?

I’m not sure about a 2lt but as an officer you can quit anytime your service obligation is up. Certain schools have a commitment you owe back to the military but other than that you can resign just about anytime you want.

I believe most officers have an 8 year obligation. If your obligation has been served, you can resign your commission, or transfer to reserve status. If you choose the former, you can actually be drafted as an enlisted person during a war (far fetched scenario, but interesting factoid). I think Service Academy grads need to serve 10 years…or is that wrong?

I had an instructor who was a retired Colonel…he mentioned once that he was a “regular officer for life”, or something to that effect. Does that mean since he did not resign his commission, he is technically still an officer in retirement?

Interesting. They gave him until Friday to think about what he wants to do. Maybe they will just move him?
Leadership is not a fan of him and he blew off CSM Teranas one time which pissed off a lot of people

Officer are always subject to recall, just like enlisted have their IRR time officers do as well except it’s until death. * if you retire… even if you retire from the reserves or guard, in fact you transition to active duty for your pension and are still subject to UCMJ legally but no one ever does that

Yeah blowing off your Command Enlisted Leader as a Junior Officer is a BAD move.

When I was on my ship, our division officer had an obscure title and one you wouldn’t go over in any meaningful way in other fields in other training.

We had one officer who was prior enlisted lab tech corpsman. He would only listen to the chief or the e-6 if he were the only on available, maybe.

We know because we TRIED to give him the lay of the land. He blew us off and said he’d talk to the Chief.

We had deployment group meeting with all of us that did our job with Full bird Captain on the carrier and Ensign Cheesedick sat dead center slack-jawed, with kneepads on under his khakis. The Captain asked him to name one of the five things his job title was responsible for…

All the way from the back I could see our E-6 facepalm and shaking his head in embarrassment.

This sort of stupidity on his part was a pattern. One time he was hungover/sick at an Officers call with the Captain and the other officers. He sharted bad.

The Ensign standing next to him hated his guts…

“OMG! Mustachio shit himself! (He looked like a hillbilly rat with pornstache.)”

That only made it worse and he had to run out formation crapping his pants the whole way back into the ship to change.

That guy would tell that story to anyone who would listen.

My next officer was fresh out of the merchant marine academy and it his first day meeting us.

“Sir, you’re the Information Warfare Officer on this vessel, do you know what that means?”

“Really! Thanks! What are they?”

as he pulls out his green note book with a pen and hanging on my every word. Every time a better officer job opened on the ship, he got it. It didn’t hurt that the Merchant Marine Academy trained him how to drive and navigate like no one’s business.

Some officers don’t get it and go their whole careers believing their only job is to convince their boss he’s really great at his job. 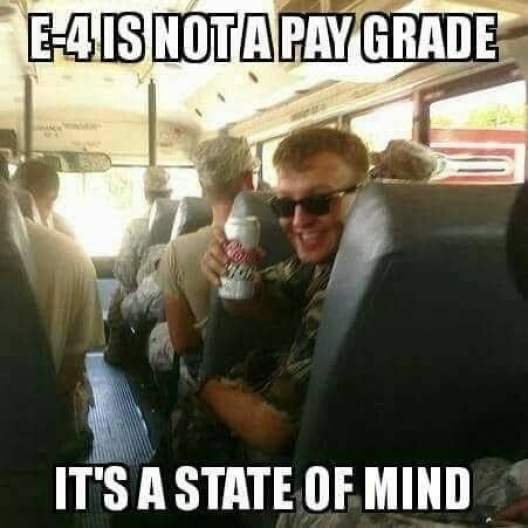 I know an Army captain who recently put in his papers to demote to warrant officer. He’s a helicopter pilot/manager, but hates the managing part.