You jerk. I come on here to read random funny shit. Some people take this place way too serious.

I liked Homeslice. I wish he was not banned. His “adventures” were damn entertaining. He was trolling, but in reality, he was just a kid attempting to get his parent’s attention by trying something out that would fail every time.

I vote to give Homeslice his account back, but only if he continues spjackson.

I thought if you get banned all of your posts get deleted. Homeslice posts are still here. You really think SPJ really has a fucking snail set up in his house haha

And then came back as three new SNs.

I was just doing my daily peruse of the forum guidelines when I noticed there’s only 380 people on this forum with this badge. This is a major issue. I guarantee Marial and KKK definitely had this badge, as all top notch posters do. 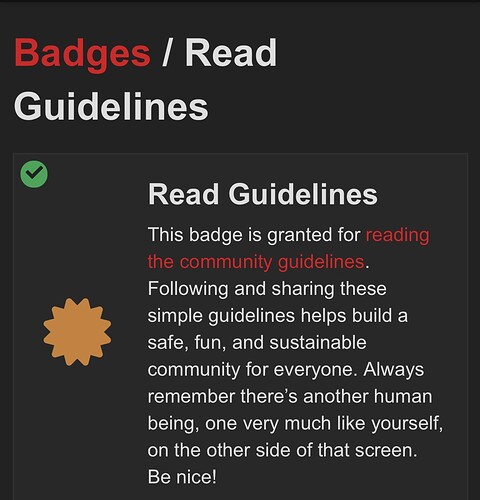 Still no updates on the recent bans/frozen accounts. Unreal. What about closure for @koolkatkeith and @kewlkatkeith (jajaja)

How the heck can you ban someone for being a Homeslice alt when Homeslice isn’t even banned and hasn’t logged in for years???

I liked Homeslice. I wish he was not banned. His “adventures” were damn entertaining. He was trolling, but in reality, he was just a kid attempting to get his parent’s attention by trying something out that would fail every time.

I vote to give Homeslice his account back, but only if he continues spjackson.

Homeslice was definitely the best troll this forum’s ever had.

That’s why I stopped posting here in 2014, a mod decided I said too many negative things about LGBT. I already had Twitter, Youtube, Facebook, Reddit, and everywhere else if I wanted to get silenced.

Being suspended at the time was particularly annoying, since I had just bought a lot of new video cards to run for the OG Folding team, #66731 iirc. I switched them to Curecoin.

Then 2 months ago Beezulbubba messaged me that Jinx made a thread about me, so I came back.

But now that I think about it, I know I was running PS3s for the OG Folding team in 2007. Did I really do that for 7 years? I think I must have stopped for a while in the middle of those years.

This happens often. There are not many mods on this forum, so it is likely that certain threads do not interest any of the mods and none of us even open or read a thread. We may never know that it is happening.

Then what is the point of having even a single one of you motherfuckers? That’s a legitimate, serious question. When people complain to you about threads being ruined and your response is what you both said above, what is even the point? I quit this place for over a year because rocket surgeons like Kirik decided to give a bunch of literal children mod privileges, which ended up going exactly like anyone could have predicted. They did zero moderation and instead ran around permabanning accounts of OG’ers they had disagreements with in other threads. I know I’m not the only one that quit this place because of that. I think a lot of the others have stayed gone. I came back after a year, only to find out no moderation is being done and you guys justify this way of doing things with your statements above. Either get more mods and have them act professional, have the current mods actually start doing something and take up a bit more work, or get rid of moderation all together. Hell, just like the NFL offseason thread when crowbar went full - retard for an hour, I had to do the moderation myself, along with many other posters in that thread. And here’s the thing, you’re probably thinking big deal, why are you complaining about that? Well in that particular instance I did not want to ban crowbar, but I had no choice since there were no mods to do the work of a mod. Giving him a couple days suspension and cleaning up the mess he made would have done the job just fine. So yeah, quit making excuses and either spend more time modding, tell your daddy to get more mods or completely do away with moderation altogether. Because the way it is now is just stupid.

did not read any of this bullshit

should be OG mod, Canada division

It only makes sense

You have a point but you also need to base your complaints in reality.

This is how I do things, I can’t say for certain others do the same, but I fairly similar …

Most of us are volunteers. As such, I still browse the site as I want. I click on threads I find interesting. And I mod at my leisure for the most part. That is to say, I don’t log in a with intent to moderate and think “let’s see how everyone is behaving today” and go looking for shit to delete. But if I noticed an overtly racist thread title for example, I’ll go check some shit out.

On that note, I browse the site when I want to. I don’t have set hours. I don’t have responsibilities. I’m like any other member except with a more level head and a few extra buttons. If I’m busy and don’t check the forum for a couple days, so be it.

I want to keep this place great and make it better. But I’m going to do it at my convenience for the most part. The day this becomes a paid gig, I’ll change my tune.

As for the crowbar incident, your complaints are just silly and it wasn’t a big deal. He posted 50 pictures in an hour and they were even on the topic of the thread. So fucking what. No one was checking that specific thread during that time. I think I saw it relatively soon after he was done. I told him to stop and he did. If I could mass delete posts, I would have but it wasn’t worth it scroll back deleting them. OMG you had to block him for a few days. Big fucking deal. You had to scroll a little more to get past his dumb pictures. I’m sorry your user experience was completely ruined because one dipshit posted some pictures… lol. It was a minor inconvenience. Get a grip and get some thicker skin.

The fact is, the place is a community and it doesn’t have to be all or nothing. Self regulating happens and shit happens. It’s a pretty lax place and while it could use some more moderation imo, it’s operating at a decent level both because of moderators and because of the members.

We also catch and do more shit than you realize. For as much shit that slips through, we catch much much more before most people realize it.

Personally, I’d do things differently if I had more control, or was paid, for now I do what I think I should at an adequate level for someone who doesn’t get paid.

You don’t like it here? The best thing you can do, post content you like in a manner you find befitting if this forum. Lead by example if you will. This forum is the result of the community. Want it to be better? Then be better yourself.

You don’t like it here? The best thing you can do, post content you like in a manner you find befitting if this forum. Lead by example if you will. This forum is the result of the community. Want it to be better? Then be better yourself.

Fine, but stop pretending like any of you offer anything of value as mods. It’s nothing more than some kind of strange badge of honor that you should’ve outgrown when you were 14, because none of you offer anything of substance in this regard. Oh and I love the “You want it better? Then be better yourself!” spiel while pretending you actually do anything. The best part though was your attempt to justify crowbar spamming the NFL thread for an hour by saying it was fine since all the pics were technically NFL related. Just come out and say you don’t care about modding and having the title just makes you feel cool for some weird reason. That’s a whole lot more admirable than the nonstop contradictions that were your post.
Your attempt to do the whole fake “I’m above the fray” angle is also a bad look, because you immediately come off as duplicitous. Your thin skin shows through in your defensiveness to just the mildest criticism. Advice? Pick one. Either be the fake nice guy who’s above it or be a prick. When you mix the two it makes you look like a spineless pussy. 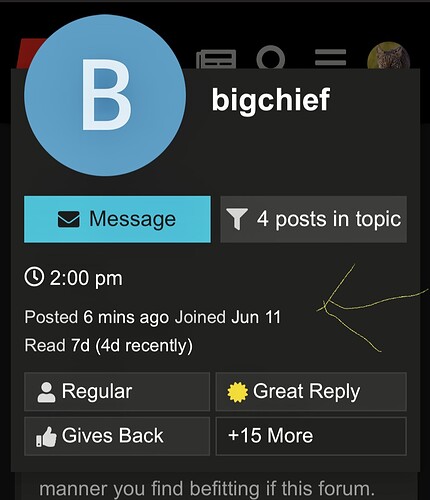 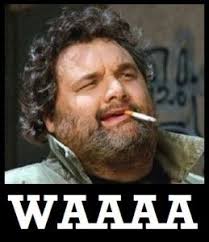 Calm down little girl. You have worked yourself into quite the tizzy.

A sane person wouldn’t write the manifesto you just felt compelled to put down.

Marial is still missing. There has been a serious lack of jajajaing on here since old KKK was banned. I don’t see anyone solving any of these issues. Also we will NOT be going outside.