So what you are suggesting is that he changed his weight using his chi? Get the fook outta here with that bullshit.

I experienced something similar when I was learning Aikido in Japan. My sensei was five foot tall and maybe 135-140ish. One day after class he asked me (six foot/180) and one of my training partners who was from Atlanta, Georgia (six foot four 220) to lift him up. My buddy and I looked at each other.

A fellow student explained that the sensei wanted to demonstrate a concept. We stood on either side of the sensei. My right hand grabbed the sensei’s right wrist and my left hand was cupped under his armpit. My buddy did the same on the other side. Sensei said, “Up!” We lifted him so high his head almost touched the celling. Everyone laughed. We lowered him back to the floor. Then he said, “Again” followed by a grunting sound. My buddy and I went to lift him and we couldn’t. We were even yelling at each other to lift harder, we were both turning red and I almost blew my guts out of my asshole. Everyone started laughing and then the sensei started to laugh. We just gave up.

A few months later I saw him demonstrate the same concept on two huge American Pro Wrestlers. They got the sensei to his tippy toes. Those guys were laughing so hard they couldn’t believe it. 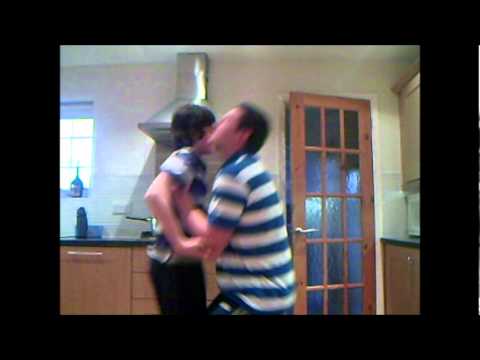 It is what it is…

It’s 2022. There are no Chi secrets that would be practical in combat.

In a street fight against an untrained simp? Perhaps, but not in combat or against an experienced fighter…

They are standing on the side of a steep hill. Every time he ‘pushes’ them he is directing them down slope. When they are trying to push him he is standing above them and then slips them down the side slope. They are concentrating on what he is doing and not their feet so that first step is false and they go off balance.

They should have just pushed their tongues to the roofs of their mouths or curled one big toe up and one big toe down to defeat his chi chi.

It’s all bullshit. Though I do believe the balance stuff is very real. (Has nothing to do with witchcraft though)

But there’s still some stuff in there that’s good. The close in WC double punch to the Solar Plexus by an experienced Lung Sheung lineage guy is something to behold.

There are probably some techniques, breathing, etc. that could be useful if developed fully.

The Gracies didn’t stop at the ground. They stayed there and developed that segment into something useful.

That’s not the way we picked him up. Two guys either side. He never touched us.

Did I say anything about chi? You get the fook outta here.

This is what decides it for me. Whether Tai Chi, Wing Chun, Long Dong or Systema, the whole system seems to exist to present cool exhibitions, not for fighting or fitness (look at the sifus gut).

Why hasn’t even one good fighter managed to use some technique from those systems?

So far, Touchbutt by Ido Portal seems like a better supplementary class than this.

Watch him when he “transforms his weight”. He points his fingers down. That breaks the other person’s hold at the elbows and makes it harder to hold him.

Are you a turkey sandwich on sourdough or rye?