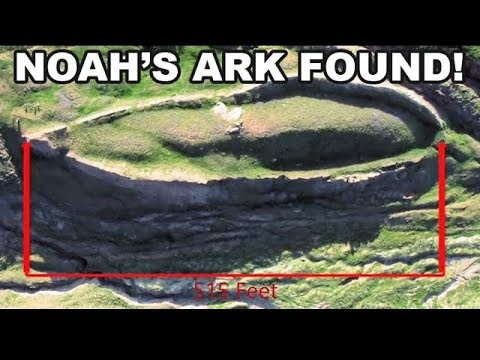 The world hid this from you, but it’s real.

The official state of Turkey verifies it as true. Let that sink in

Luke 12:2
The time is coming when everything that is covered up will be revealed, and all that is secret will be made known to all.

Romans 1:20
For since the creation of the world God’s invisible qualities—his eternal power and divine nature—have been clearly seen, being understood from what has been made, so that people are without excuse

There are no more excuses. You can not keep living in denial any longer

John 20:29
Then Jesus told him, “Because you have seen me, you have believed; blessed are those who have not seen and yet have believed

It was the Father’s will that you believe onto His Son for eternal life. This is what the will of the Father is (the Bible already told us)

John 6:40
For my Father’s will is that everyone who looks to the Son and believes in him shall have eternal life, and I will raise them up at the last day

1 John 3:23
And this is his command: to believe in the name of his Son, Jesus Christ, and to love one another as he commanded us

Everything in the Bible is about Jesus Christ!

Everything in the Old & New Testaments points to Jesus Christ, the mighty Son of God who is Himself THE MIGHTY GOD who became flesh (Isaiah 9:6)

Acts 4:11-12
Jesus is“‘the stone you builders rejected,
which has become the cornerstone.’ Salvation is found in no one else, for there is no other name under heaven given to mankind by which we must be saved

Your athiest world view is crumbling before your very eyes. Now is the time to come to your God Jesus Christ. If you reject him with your own free will then Jesus will become your God and destroyer

If you thought your favorite marvel superheros were cool and powerful, even Thaons with the infinity stones has nothing on Jesus

It’s going to be complete total annihilation of satan and the wicked, by Jesus when Jesus returns

Do you want to be on the winning side, or on the side of evil which gets wiped out by Jesus in more horrific fashion than any fake marvel movie you can imagine

Jesus is way more real then you can ever imagine

I love when you post this stuff. Carry on.

Jesus the son of man

The OG is full of 50 year old white phaggot athiests in their echo chambers celebrating their debauchery, filth, and stupidity

Meanwhile, all the smartest people in the world are believers in Christ for a reason and know of all the overwhelming evidence for Christ being God and His Bible

It’s not science proving the Bible

It’s science finally catching up to all the truths that the Bible already told you, by inspiration of the Holy Spirit of the Father & Son

“You are all faggots.”- also OP

When was that documentary made?

And immediately a dark mist fell on him, and he went around seeking someone to lead him by the hand.

That’s true Biblical Christianity. Actually pick up a Bible and read it you clown.

Proverbs 26:5
Answer a fool according to his folly, or he will be wise in his own eyes

Psalms 94:15-16
Judgment will again be founded on righteousness, and all the upright in heart will follow it. Who will rise up for me against the wicked? Who will take a stand for me against evildoers?

“Hate what is evil and cling to what is good"

Are you shrooming and bibbling right meow?

You’re the rare exception on the OG lmao. In the “post your pic” thread, literally everyone on the OG who posted a pic was a literal senior citizen lol

I think Jedediah needs a nap… he mad!

As someone who holds an MSc in Archaeology, may I say BULLSHIT

Lets see, who to believe here, random internet athiest troll on the OG, or the world’s best Archaeologist Ron Wyatt? Yeah, “that’s a tough one” lmao

‘World’s best Archaeologist’- is this a yearly award? is there a prize giving for it?

You low IQ athiest peasants are a disgrace

Yet apparently you know better lmao

The evidence is overwhelmingly against you. When will you wake up to reality?

For the record Ron Wyatt, has zero qualifications in Archaeology, Anthropology, Biblical studies, Theology or History. He’s a registered Nurse. Have a nice day.

This is what the minions of satan do. When they are owned they resort to character assassination attempts

And you’re nothing but a burger fliper at McDonalds. Youre not even qualified to be the troll on the OG that you are