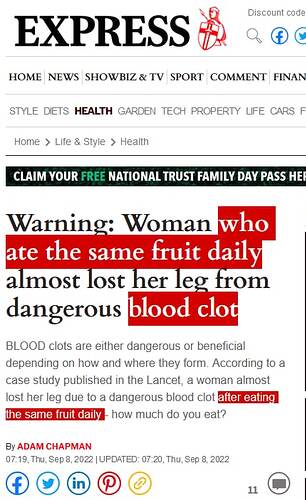 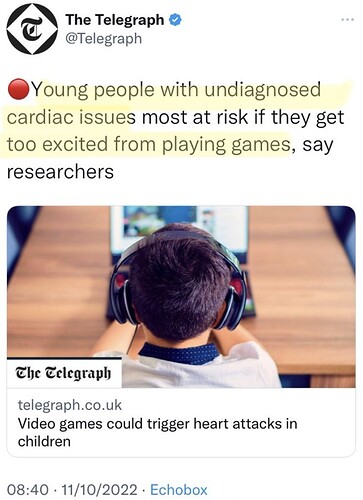 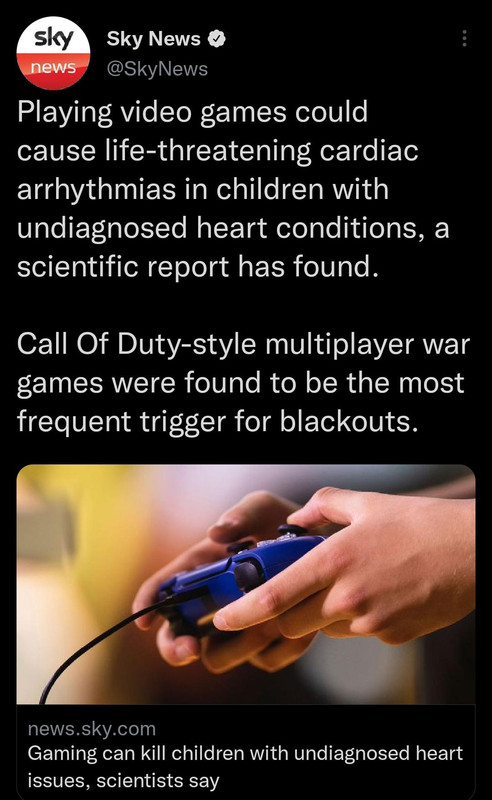 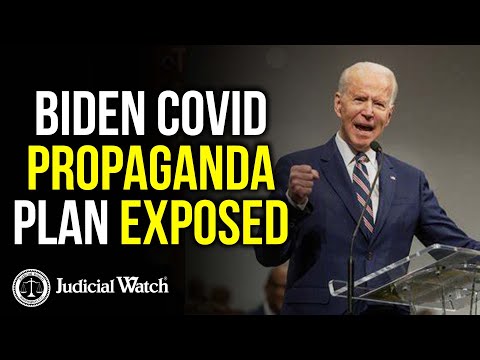 The actual proper study into gaming showed a higher rate of cardiac events than the surgeon general of Florida pretended to be worried about. I wonder if he will recommend banning computer games. 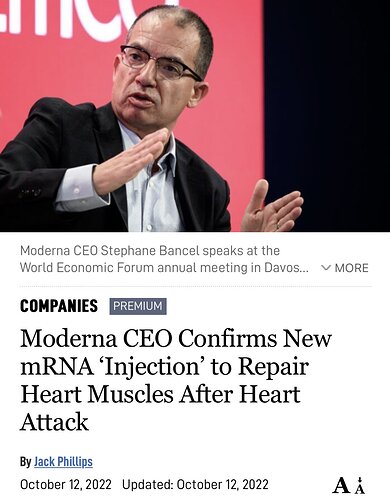 i thought white supremacy was causing that stuff

In my country England, going by the O.N.S if you looked at 2020 and the previous five years, all cause mortality rates over those six years was more or less the same. One of the years if memory serves me correctly 2018 actually had more deaths overall than 2020. Right through 2020 and 2021 I had a serious obsession with finding out the truth. I was watching everything from both sides, from BBC and Sky news, through British medical journal and O.N.S right down to the Q anon bullshit. Thankfully I was able to slow it down toward the end of 2021 and I’m telling you right now brother, we have been lied to on a massive scale and in my very educated opinion, this vaccine is killing more than covid ever did. I’ve got three family members that have been seriously injured right after having it with my mam being hospitalised from the second jab and my cousin being in there I think five times now with blood clots and heart problems and finally my auntie having seizures after the first and second and now having developed epilepsy. Thankfully none of them have died yet. I’ll also add I’m good friends with a copper who told me locally they used to get a suiside call every couple of weeks and a few months into the lockdown they were getting them most days.
I’m not here to call you a liar or anything like that brother, just putting it out there what I’ve seen. I could go on and on but I’m on my break at work and need to go back in. Take it easy pal

I’d recommend watching this video all the way through as it overlays infections, vaccines and excess deaths then compares it to failings in the health care system for treatment and prevention of other serious illnesses during the pandemic.

He’s completely independent and even has a dig at the vaccines. Then look at some of the highest vaccinated countries in the EU and compare their excess desaths to the lowest. 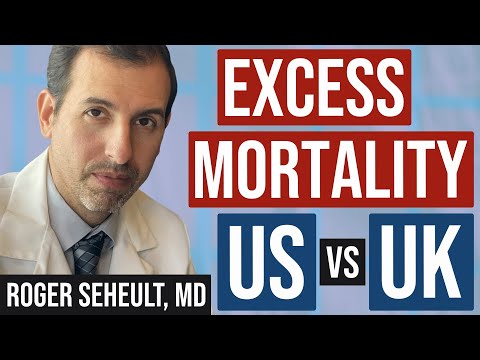 He even says that this “analysis” is not going to show deaths caused by the vaccines.

His premise is that there are excess deaths due to the lockdowns which prevented people from having routine screenings which would have found preventable life threatening conditions, like early stages of cancer etc.

And he’s right about that, the lockdowns caused more harm than good.

But cancer would still be the cause of death even if it’s in excess of a previous year.

The issue that nations are facing are excess deaths, not due to Covid-19, not due to cancer (for example), but for “unknown” reasons. 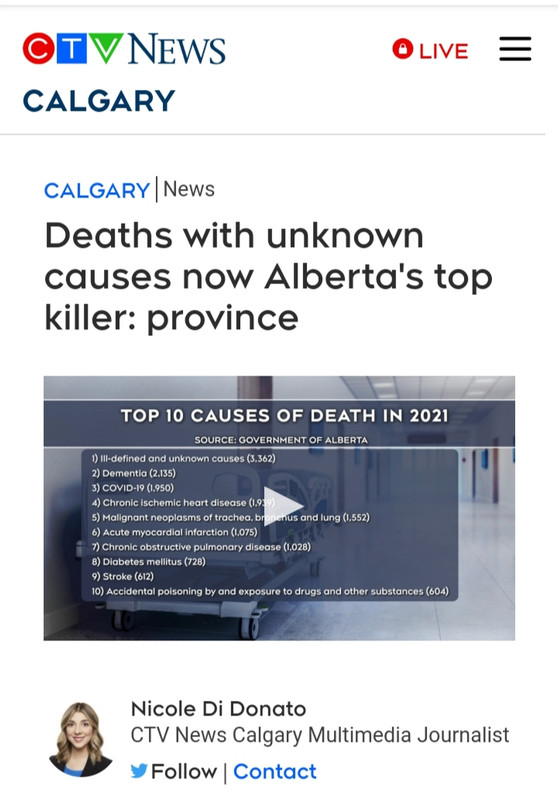 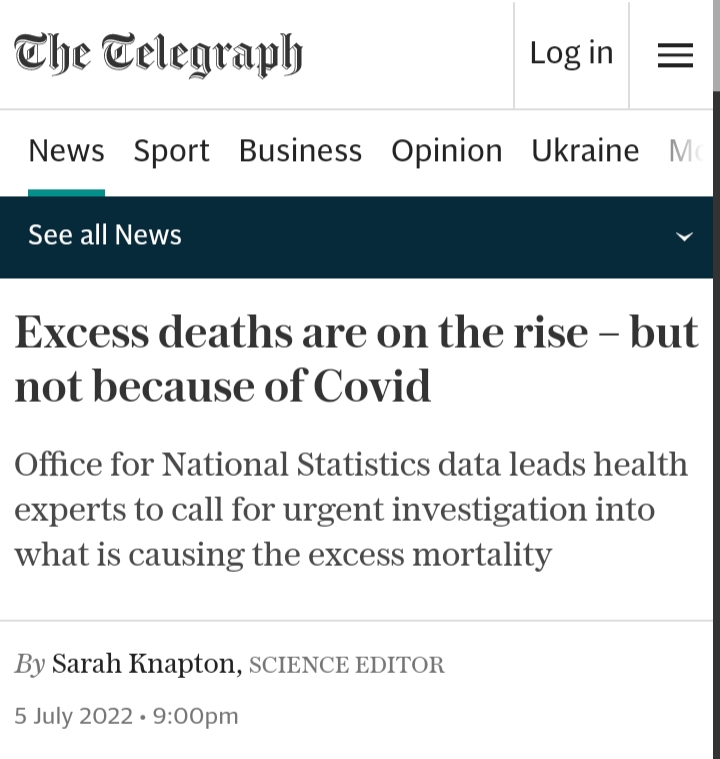 Think you have that backwards snowball. 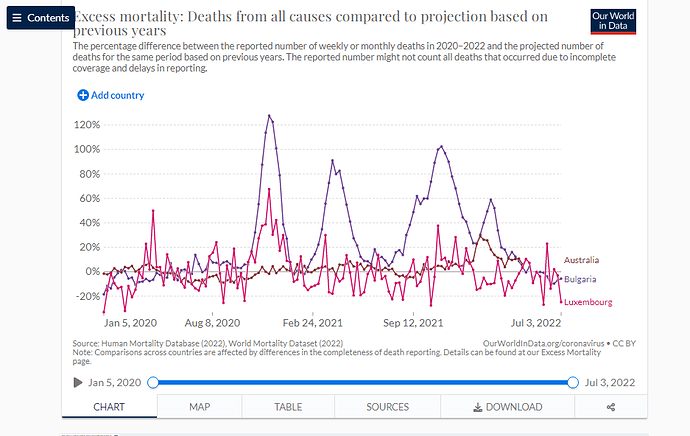 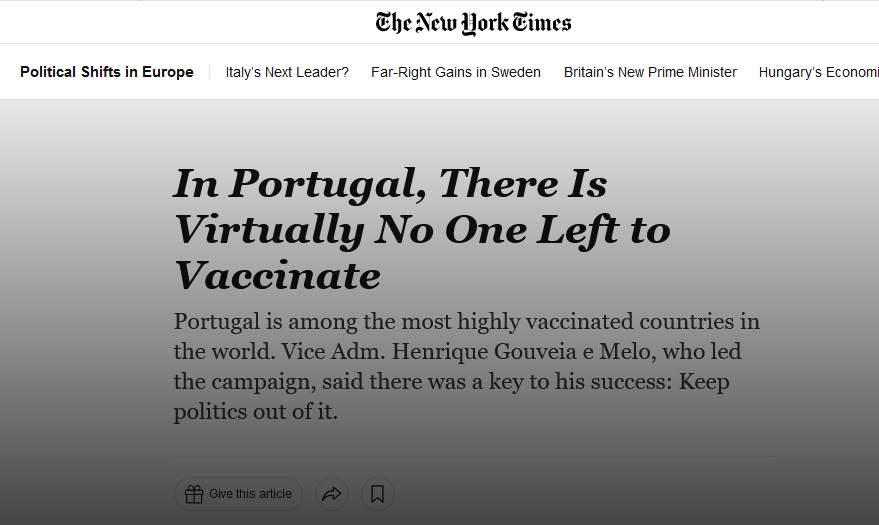 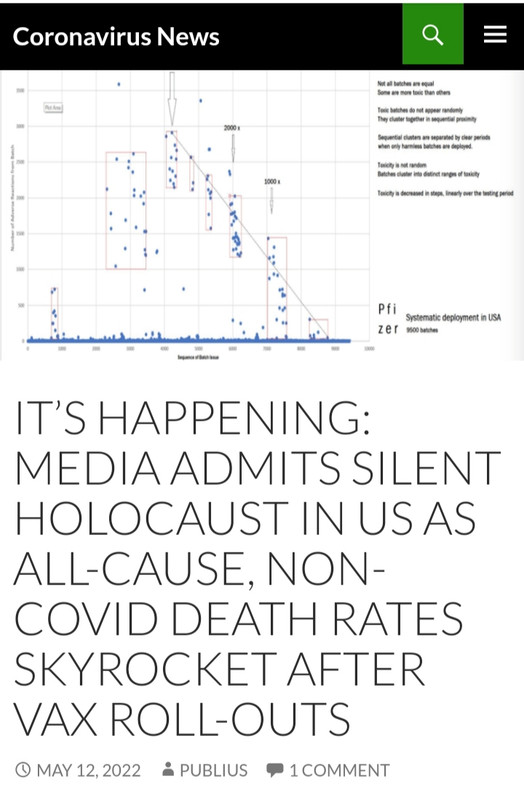