The return of Calvin & Hobbes

I was a huge fan of Calvin & Hobbes throughout its run.

I was not as big a fan of Berke Breathed’s “Bloom County”, though I remember reading it when I was younger and enjoying it. Breathed’s politics are not mine, but I’m used to that with a lot of artists.

Bill Watterston has been out of the comic strip world for a long time, although he contributed a few guest panels to “Pearls Before Swine”.

Breathed restarted Bloom County on his Twitter feed (mixed with reruns of old comics) in 2021, and throughout the COVID crisis, the mangy orange cat “Bill the Cat” (a satire on Garfield) garbed himself in a COVID protective suit. But there were some hints that it might be someone else under the protective suit back in April

I think Watterston started quietly collaborating with Breathed on the series. 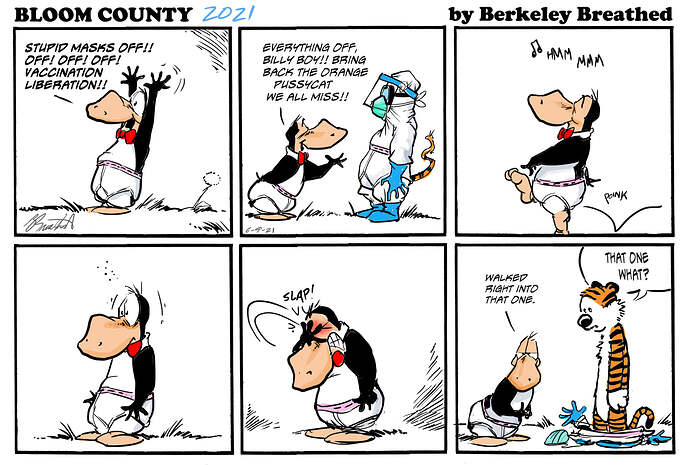 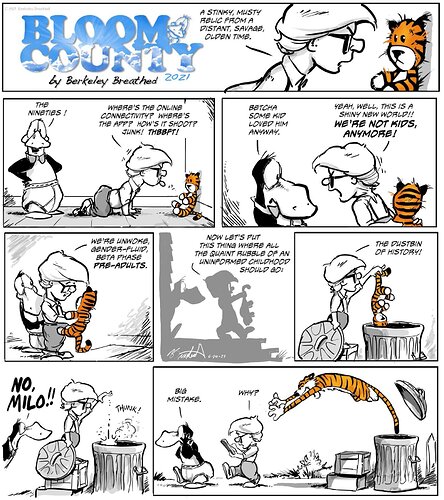 Hopefully Hagar the Horrible has a big 2022.

If Calvin and Hobbes returned, I would get a whole newspaper subscription just to read it

This is good shit 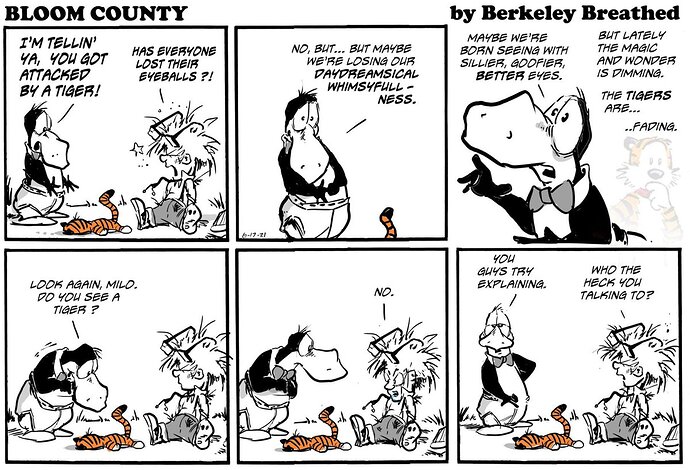 Bill the Cat is the best. More adult humor vs Calvin and Hobbes kid shit. 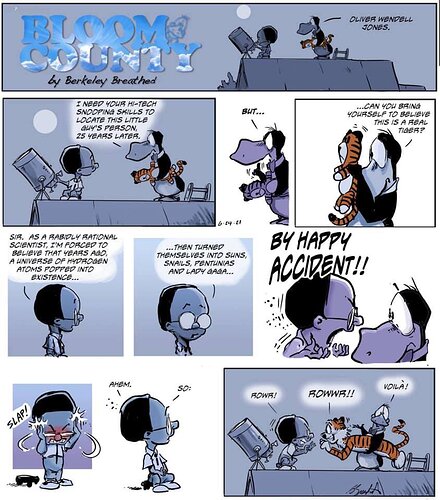 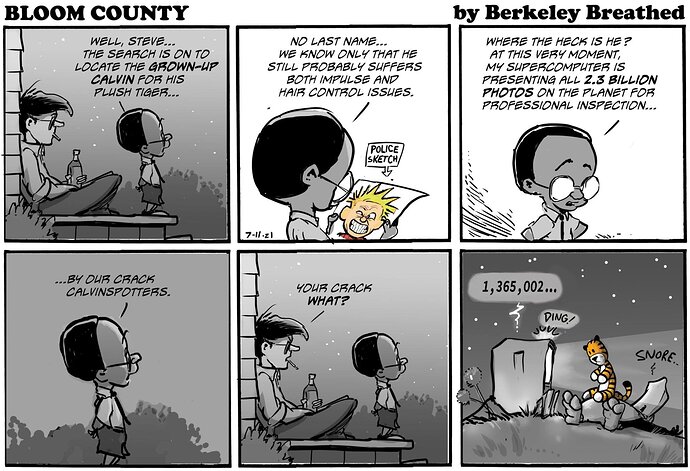 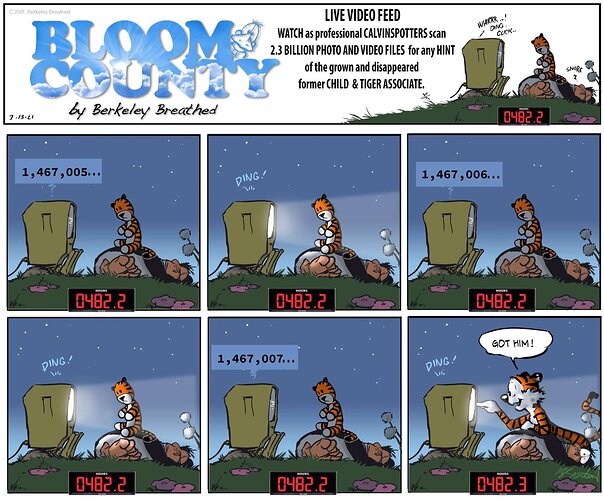 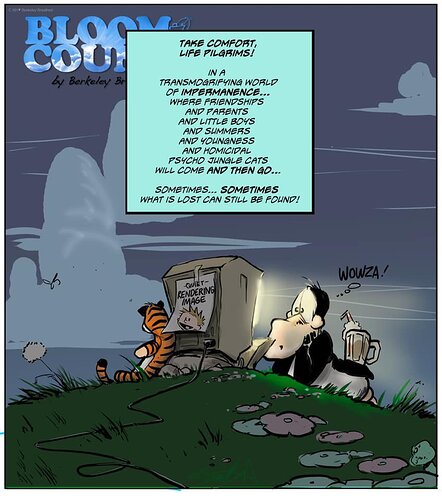 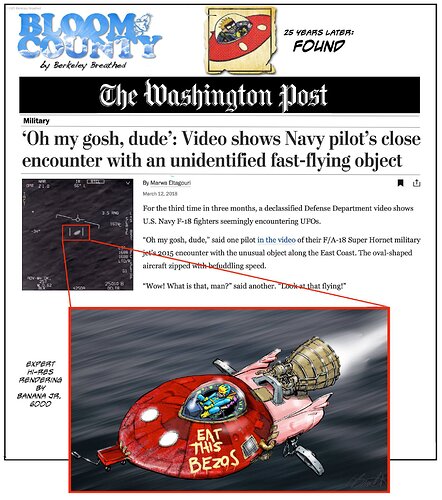 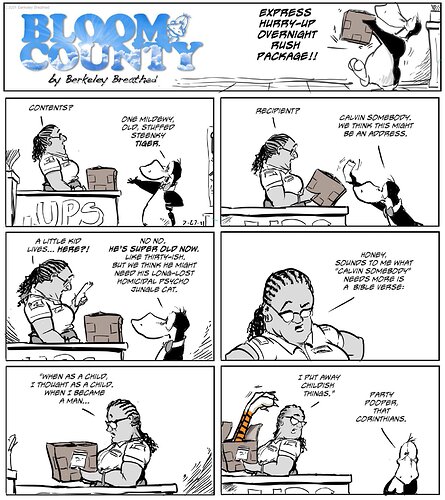