The return of Passive Jay

You’re just an idiot and as lazy as jay apparently

You gonna call someone an idiot u should use the correct form of your, dipshit.

Lmao…… you are an idiot, you’re. You’re retarded

Did not listen to whole podcast but jumped around. Cliffs:

Jay met the other dude on a Kevin Smith message board 15 years ago; other dude is in Canada.

Jay is fascinated that he is using “fairly professional” recording equipment and the other dude who is calling in on a phone will sound just as good.

Hilarious caller (one of you) calls in around 17 minute mark.

They move on to talk about professional wrestling.

Jay will be doing this call show once a week.

Driving to work Jay had to swerve to keep from hitting a bunny, deer and squirrel.

Around 49 min mark they talk about his backyard. They still have netting over their entire backyard (just imagine what that looks like to neighbors). Apparently birds fly in under it and his new cat brings them in alive.

At 51:30 point Jay finally asks the other guy if he has any topics he’d like to discuss. He brings up MMA and they both start talking about the similarities between MMA and professional wrestling.

Jay will make a twitter for the show. Shooting for 1 hr each Monday @ 6 EST.

Apparently birds fly in under it and his new cat brings them in alive.

I wish him torn apart and eaten by wild animals.

What were the Bunny, Squirrel and Deer conspiring in the middle of the road I wonder.

Lmao…… you are an idiot, you’re. You’re retarded

You’re retarded ass needs to learn to use periods if ya wanna sound smart. Im swimming in the olimpics and your drounding in the fuckin kiddie pool, ya dipshit dunce.

You’re not fooling anyone

Sounds boring as hell. Jay is ruined for this sort of thing. He’s only entertaining when he thinks he’s among friends and opens up with all his nonsense to make fun of. He got burned on that so now he’s probably all guarded. He’s gotta kill another cat or something to get the juju back. 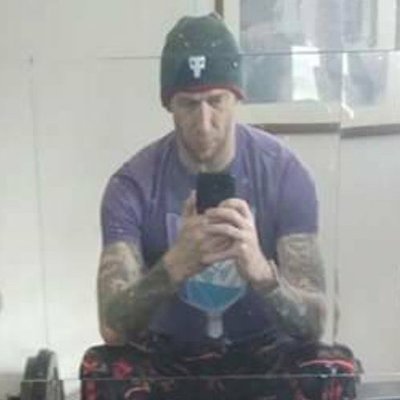 How long before he sells this on FB then complains to the company for a refund.

I think there’s a great chance he didn’t actually buy it and just posted that to get this exact response - and keep the dead horse beating vampires here nourished.

Notice how it’s just a link to the item, not a pic of it in-situ at his house. Also notice the subtle language - he never says he actually purchased it. Though the past tense “was” does point to he did buy it. HMMMMMMM

Maybe he’s saving the new tricycle “purchase” for closer to the holidays, and will combine that in a troll doublet with part one subtly complaining how money is a bit tight because of being off all winter, then will follow it up with the trike.

You’re all part of the world’s greatest online performance art exhibition. God I hope that’s it.

Jay talking about cruelty and stupidity to animals. Knows exactly what he is doing.

@PassiveJay
I still can not believe someone abandoned this dog in an apartment basement for weeks. Their cruelty and stupidity is definitely my gain, Lulu is the sweetest dog ever https://t.co/28eOpoLEpc

that couch is straight out of the movie Hostel.

The chair and the wires out there in the open going up to the tv were the standouts for me.

His house has to smell like a zoo. I can’t even imagine the stale stench of that home.

No way they have company at that place.

I wish this was the case but trash attracts trash. Their entire friend group is likely in the same age and economic category they are, ie trash so no shame in having people over.

If someone calls into the show monday can you PLEASE ask for a picture of the backyard w the tsrp over it? I need to see that.

Uh, isn’t he supposed to be live right now? Are you telling me he gave up on his new show after one episode??