The rise and fall of mma

Because of that need to be the best, fighters began developing a fundamental skill set- in America it was almost always boxing. But in other countries boxing was replaced by skills more natural to the culture, like grappling, or striking, or weapons. Soon it became "What is the best fighting style?" Eventually the toughest fighter evolved and so did the venue by which he proved his merit.

Enter organized mma. Let's find out who is the best fighter- the boxer or the grappler. The most noted result was Royce Gracie and his early UFC performances. Fighters showed up, fought in tournament fashion, and the best fighter walked out. In the street there is no chance to plan, to watch tape, to evaluate an opponent. It is an immediate life and death scenario that has to be addressed. This was how the first events were presented. They had that excitement that anything could happen. It was real, true, accurate, and life and death. These men didn't fight for money, fame, sportswear contracts, or movie opportunities. They came to find out who the baddest man on the planet was.

Following those early organized events, fighters were scrambling to develop more martial art skills and round out their abilities on that endless quest to be the best fighter in the world. Mma evolved quickly and the era of the mma fighter was fully here. But something else was happening as well. It became a business. Big business. And with that the foundation and the idea changed.

Fights are now planned. Opponents are studied. Teams are formed for training. Strategies are mapped out. Fighters have agents and managers. There are centers that build mma athletes physically and mentally.

Today, you can be a champion, but not the best fighter. You can out point your way to victories and be undefeated. But there are no points on the street. Today we have mma sports athletes- there are few fighters left. The genesis of organized mma is behind us and a distant memory.

In the early UFC's everyone was shocked by the performance of Royce Gracie. Imagine those first competitions in today's environment. Would mma be what it is today? Would it be better or worse? Would Royce have won? Is it better? Worse? You decide but one fact is true: there are few fighters in today's organized mma arena.

Well, I learned nothing. 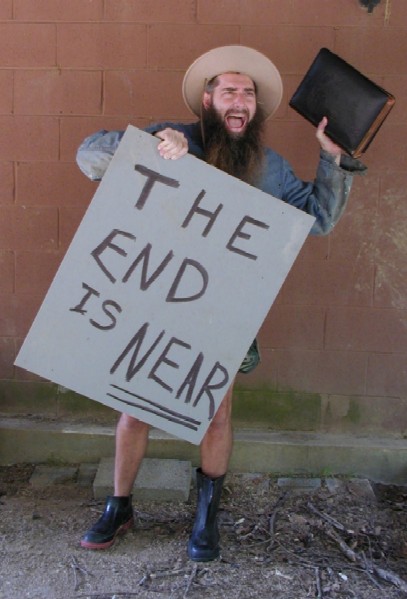 I'll piggyback off that last one :)

I'll piggyback off that last one :)

It's appropriate for all of these mma doomsday people

I agree with the OP. MMA has evolved far from its roots. Not saying I can't appreciate modern MMA, I do like the strategy aspect but it is certainly different.

Pride signed fighters without knowing who the opponent was. Often the result was a wild shoot out. I imagine that would be a little closer.

You can out point your way to victories and be undefeated. But there are no points on the street.

rise and fall of the UG imo

Rise and fall of his vote down count