chael competes for few more years, ufc gives him ample oppertunity to become champion of something. during this time chael does more and more speaking on behalf of ufc to hype fights he isnt involved in (somethign he's been doing already). basically ufc grooming him for the job

dana's talked about retiring a bit. but dana is such a huge figurehead that him leaving would be a huge hit if there isnt someone capable of filling those shoes.

chael seems like a perfect fit..
-best promoter in the history of the sport
-hard worker, business savy
-has policial background to deal with the behind the scenes polictics
-fighters will respect him for having competed at highest levels
-mainstream friendly - clean cut, never swears, charismatic, etc.

not as far fetched as it may seem on the surface.....the dude is talented and has so many doors open at this point

He could definitely take over for DFW when he retires. You can't have someone without charisma in that spot.

As long as he can operate the company from the Mean Streets of West Linn then it may happen. He hates leaving Oregon. He should fit right in with the Fertitta gangsters...

And it's not like he'd be following the footsteps of an angel either!

Is this good or bad news for Anderson considering that in 5 years he'll still be the champion?

What ever happened to Chuck? He's been quite on the UFC role lately

Would also be funny to hear this during the broadcast, "Our corner cam is brought you by Mean Street Pizza - The official pizza of the UFC" haha

i cant really think of another person who would be a realistic option. any ideas? 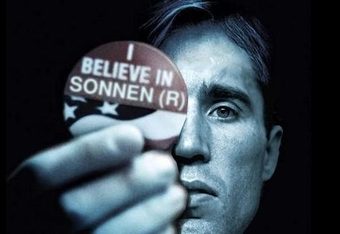 Never thought of it before but makes a lot of sense. WOuld like to see this thoery come true (way in the future though...)

I think he's a great fighter and all but I don't know if he should be involved in business. He has that kind of mortgage broker mind (people in the real estate biz know) that you could never really trust.

I'd wonder about a convicted felon for money laundering being a fight promoter, but that didn't stop Don King, now did it lol

is that because he will not win a title?

Teddy Long should be the new General Mana... err I mean UFC president!

Don't see it happening, but not a horrible idea