Have you read them? I mean if it’s so funny to you, you should be able to easily counter argue the information in them. But since you can’t do that, you go look for something that is most likely harmless to use as a form of character assassination. Typical from your ilk. You’re a fuckin’ clown.

I showed your source, Sam Eckert, to be a religious quack in my earlier post, you miss that?

Translate the relevant garbage you wish to highlight, and the source, and I will read. And post a counter

You’ve done nothing of the sort. You posted a hit piece article from the BBC (the same company that shielded one of the most notoriously evil pedophiles/child molestors/necrophiliacs in history for decades). What the article actually shows is that Eckert has one of the most popular telegram channels in Germany (rightfully so) and also hosts a channel for, what the article suggests, younger kids to safely discuss their skepticisms of this virus as well. Let’s call it counter-indoctrination.

The BBC spoke to an online activist who gained access to the channel via an insider. He describes an echo chamber of increasingly extreme Covid conspiracy theories, alongside talk of deteriorating mental health, school exclusion and bullying. Our source remains anonymous for safety reasons and goes by the name DatenLiebe (“Data Love”) online. He’s been accessing the group - which has more than 300 members - since last autumn. “What surprised me was that the children were having very casual conversations, they were talking about the weather, or about their pets… like totally undangerous stuff,” he says.

Wow, so scary, so quacky!

I’ve read the articles fully and they’re outstanding. Not a single person here has offered even one counter argument to them, which speaks volumes. jbc, who was living in this thread, was previously super vocal that the virus has been sequenced, but hasn’t mentioned it once or even posted here since I posted that article. Why? I think he mentioned he has a PhD of some sort, so he should be all over it, ripping it to shreds!

The information is all there, well written, translated, and sourced. The only reason you refuse to comment on it is because you can’t. All you can do is take the typical character assassination angle because you have nothing of value to type. “rELiGiOuS bAd!” “AThiEsM & $ciEnTiSM g00D!” 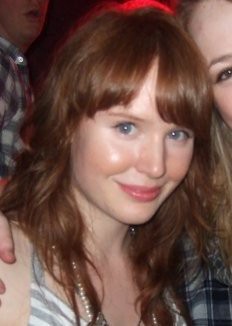 Read writing from Jessica Bateman on Medium. Freelance features writer and correspondent (BBC, Guardian, Wired, Vice) based between the UK and Greece.

don’t waste your time with these faggots Emperor . they are a pack of queers that rally around a fake doctor and don’t know their asshole from a hole in the ground

True…a “doctor” who also won’t so much as comment on the genome article with any scientific rebuttals. This thread has legitimately turned him into a meme machine.

there is no way he is a doctor. it takes him a week to respond which is the time he takes to Google and research whatever question is posed to him . he is an attention whore masquerading as a doctor

If they have mapped the sequence how is there any doubt where the virus came from? Just go catch a few dozen bats and test their blood and find one with the same virus.

Oh wait I you can’t because it’s a manmade biological weapon that probably can’t even infect bats.

A vaccine with no long term safety or efficacy data for a disease with an almost 100% full recovery rate and a less than 1% chance of hospitalization?

That’s not what this is about once again. It’s does it exist? The answer is yes.

It’s does it exist?

So does the common flu which is constantly mutating…

That’s exactly what they did. They had already catalogued the virus and when the mutation surfaced they were able to sequence it and then compare to the records that were kept. This is how they know it came from a bat population.

Emperor: if you are going to make grand claims that the virus was not sequenced, then where is your proof? That sequence is available and being used by experts all over the world

There was actually a paper published yesterday that said it’s virtually impossible that the bat virus crossed over to humans naturally.

It was genetically engineered.

Where is the proof? Lol.

I’ve posted several articles that 100% prove the “sequence” of the original “virus” is fraudulent as fuck. What the fuck is wrong with you?

So all the the strains of the virus that health authorities and medical centres like John Hopkins are talking about - all made up?

All of those experts are wrong but you are right?

Why in the fuck should anybody believe you over them?