These farmers had it coming . bull semen stolen 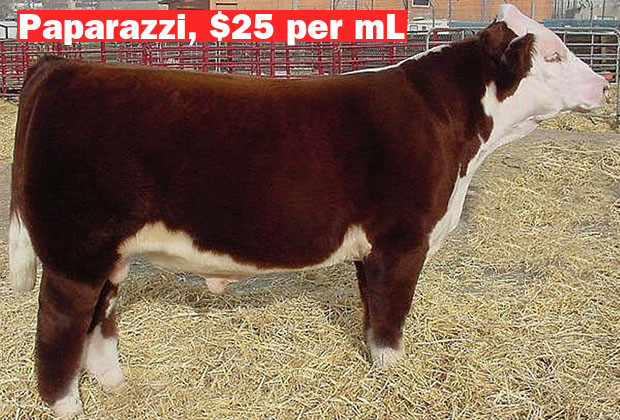 These days, cattle insemination is a serious business: According to the National Association of Animal Breeders (NAAB), America’s farmers spent over $161 million on dairy semen in 2012 alone. A single milliliter of the stuff, or a “straw” in livestock lingo, can go for as much as $1,000, depending on the quality of a bull’s genetic material. As with humans, alpha spunk commands a higher price, and bulls with the most desirable traits hold a certain amount of star power in the international cattle community. In the early ’90s, Black Star, a bovine super-stud from Washington state, sired dairy-producing daughters in 50 different countries, while the Dutch-born Sunny Boy spawned cows in 22. And because their spermatozoon are frozen, celebrity bulls often continue producing offspring long after they’re dead.

Osborndale Ivanhoe, a famous Holstein bull from the early days of the insemination industry, died in 1963, but his progeny is still being bred today. His great grandson Hanoverhill Starbuck, who died in 1998, sold $25 million worth of sperm during his lifetime alone. 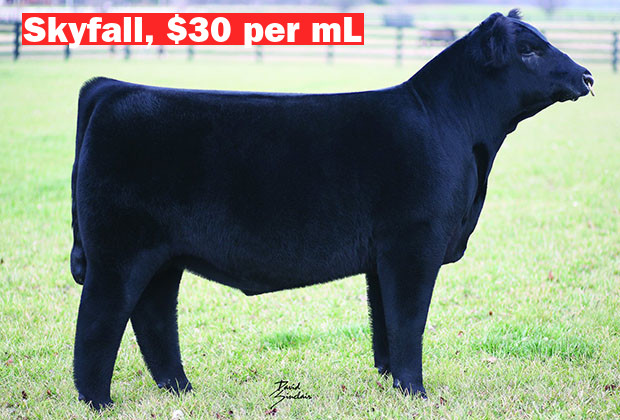 The laws of supply and demand also apply, meaning the semen of a “lazier” bull, who has trouble performing, is actually worth more than that of a sexually industrious sire. And if a bull is both a low-performer and genetically valuable, his seed is practically liquid gold.

Unfortunately for bovine lovers, cows and bulls rarely get to do it the old-fashioned way. Now 75 percent of the country’s dairy herd reproduces through artificial insemination, a process that allows farmers to breed in good traits like milk productivity and select out bad ones like disease. A farmer can literally handpick his own bull sperm depending on the qualities he’s looking for in his calves. Sought-after traits include fertility, protein content or butter fat production. 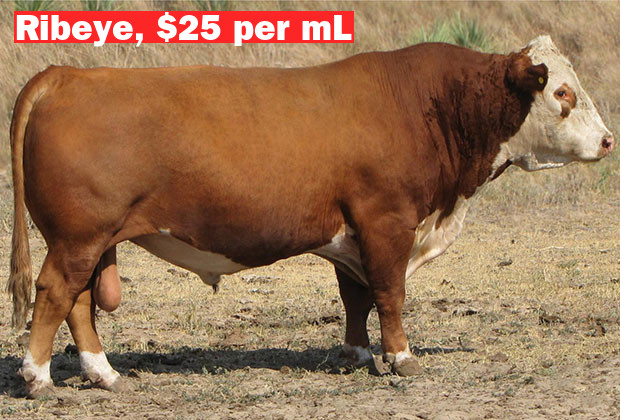 So how, exactly, does one collect semen from the raging body of an aroused bull? Methods vary, but the most commonly used technique involves the artificial vagina, a revolutionary tool made of high-quality plastic and lined with latex “that feels just like a real vagina,” according to Dr. Gordon A. Doak, president of the National Association of Animal Breeders and Semen Services International. They even come with their own form-fitting felt covers.

If needed, an aerosol spray that mimics the smell of a cow in heat is used to set the mood, a process known as “the riling of the bull.” Once the beast is worked up, he’s brought into the “collection area” to mount a “teaser,” which is actually just a steer, or neutered male. And right before penetration, a handler physically cockblocks the animal by intercepting its 3-foot penis and guiding it into what is essentially a bovine Fleshlight. 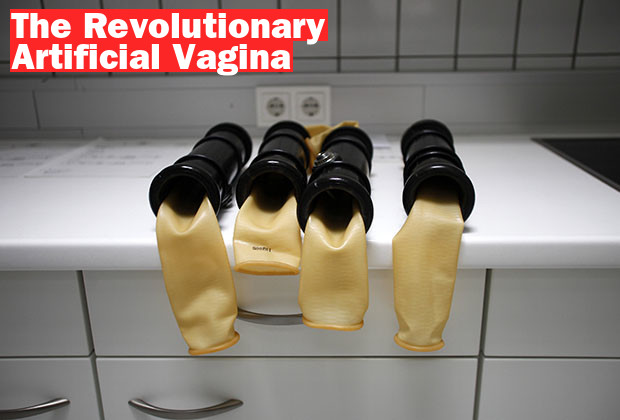 Because bull semen is so crucial to the dairy industry, a small, but lucrative “black market” has developed in recent years with its very own set of criminals. In 2011, a 48-year-old Ohio woman stole $110,000 of semen straws from a local artificial insemination center. The straws are preserved in large tanks of liquid nitrogen, so this brazen she-bandit decided to steal the whole thing. It was found in her garage a few days later. 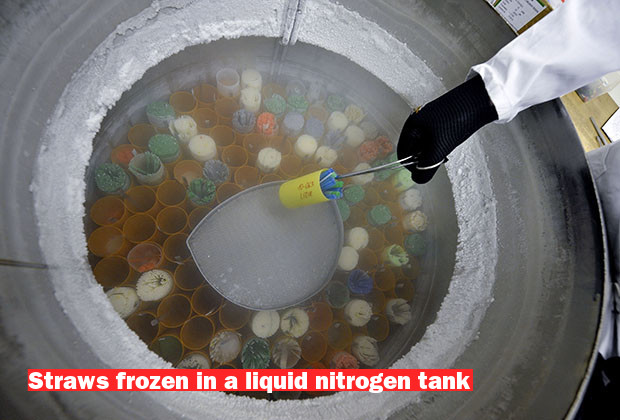 Farmers in Wisconsin, the country’s dairy capital, faced a string of sperm thefts in 2010, ranging from $22,000 to $35,000 in stolen goods. The tank taken from Doug Nifong’s farm held 200 different semen samples and weighed a whopping 250 pounds. “In this day and age with the economy, it’s not really a loss I was looking forward to,” he told his local paper.

In 2011, one Ohio man got hit with a triple-whammy when he discovered that 400 straws had been stolen from his car, alongside his GPS and laptop. And in 2005, $75,000 worth of calf batter was stolen from a Maryland farmer who had spent years building up a supply from more than 40 bulls. He promptly offered “a nice fat reward for any information,” while lamenting, “it was a mother lode of semen.”

For a farmer, this is “the equivalent of someone coming and stealing your ExxonMobil stocks,” Detective Chuck Jenkins told the Washington Post during the investigation. “As funny as it sounds, it’s his livelihood.” Many dairymen actually rely more on sperm sales than they do on milk or cheese. 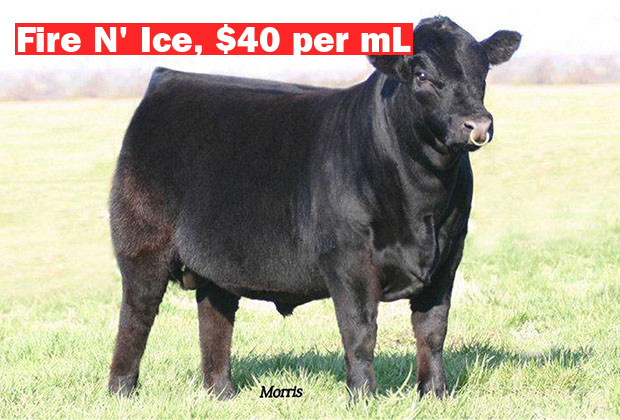 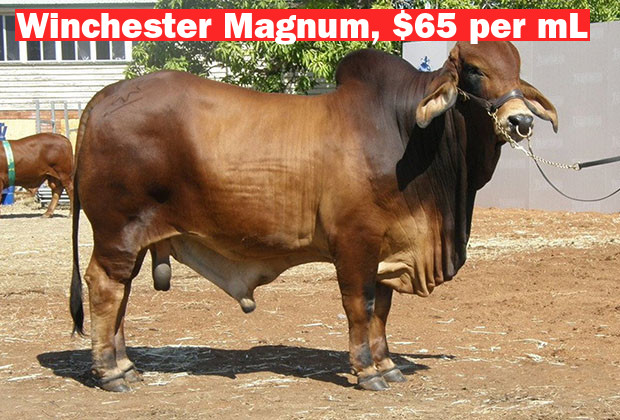 Semen jockeys are independent sperm brokers who don’t work for a specific insemination center, meaning their exchanges can be conducted without any governing oversight. As a result, a particularly shady jockey can easily pilfer one farmer’s purchased semen and sell it to another without anyone batting an eyelid. And while each straw is affixed with a label wherever the specimen is collected, according to Doak, “There is no way of tracking how many hands the semen has been through once it gets to the breeder.”

Perhaps it all goes to show that even the bucolic world of dairy farming isn’t quite what it used to be. “Back in the day, you could have a wooden door with no lock on it and everything was fine,”  California Rural Crime Detective Darin Pearson said when speaking about a semen theft case in 2008. “But now, those days are gone.”
The_Real_American January 25, 2016, 10:49am #11

Fucking awesome, finally a fleshlight that the OG can call their own.

and to think I jerk off a bull for leisure

I see why they call him Winchester Magnum.

wtf is that thing

plastekt - and to think I jerk off a bull for leisure

i think i saw your craigslist ad

Just dont get the cups confused

That's a polled Hereford - not a dairy animal.

from the series finale of the t.v show Quantum Leap entitled "Mirror Image." There is a Russian character in the episode who says he can move 24 tons because he is "strong like bull."

wtf is that thing

I don't know but I just named my hogg Winchester Magnum.