This is why people hate cops

He didn’t beat anybody up, he didn’t choke or kill anybody. But this is a way more common occurrence. Using his presumed authority to harass people and using the justice system to retaliate against people who don’t automatically cower to his authority. He arrested this guy for failing to identify after calling him by his entire name. This scumbag didn’t even show up to court. He just cost his county a lot of money. 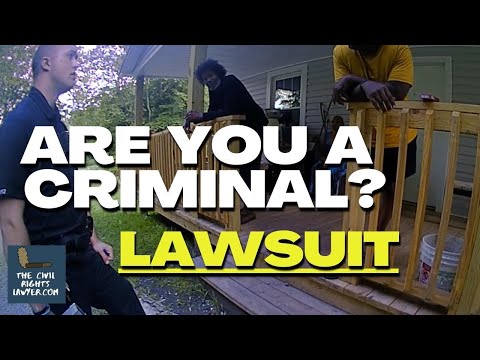 Another little dick cop on a power trip. And there aint no way in hell any cop just randomely happened upon that little corner of wilderness where a few supposed pot plants were growing.

The weed probably did belong to someone in those 2 houses though, if it really was weed.

Watch & listen to enough true crime docus / podcasts, and you’ll realize how many people have been hurt or killed because law enforcement did a shit job at apprehending the responsible party, locking up the wrong person, not sharing info between agencies, having the guilty party behind bars then letting them go, etc.

The police are government agents.