This will not end well..leftist will not pay taxes

We will not pay: the Americans withholding their taxes to fight Trump

Andrew Newman always pays his taxes, even if he hates what the government is doing with them. But not this year. For him, Donald Trump is the dealbreaker. He’ll pay his city and state taxes but will refuse to pay federal income tax as a cry of civil disobedience against the president and his new administration.

Newman is not alone. A nascent movement has been detected to revive the popularity of tax resistance – last seen en masse in America during the Vietnam war but which has been, sporadically, a tradition in the US and beyond going back many centuries.

After the Women's March: six mass US demonstrations to join this spring

“My tax money will be going towards putting up a wall on the Mexican border instead of helping sick people. It will contribute to the destruction of the environment and maybe more nuclear weapons. I think there will be a redistribution of wealth from the middle class to the wealthy elite and Trump’s campaign for the working man and woman was an absolute fraud. If you pay taxes you are implicated in the system,” said Newman, an associate professor of English and history at Stony Brook University on Long Island, part of the State University of New York.

“The government wants our money and if a lot of people were thinking about this kind of peaceful protest, it would get their attention,” he added.

Newman, 48, regrets that his 2016 taxes have already been automatically taken out of his paycheck. He intends to write to the government accusing the Trump administration of a planned misuse of those public funds. Then he will change his 2017 arrangements so that he will get a bill from the Internal Revenue Service, instead, and will refuse to pay it, donating the money to causes he deems more socially responsible.

Announcing to the world that you aren't going to pay federal taxes?  You are fucking yourself without lube. 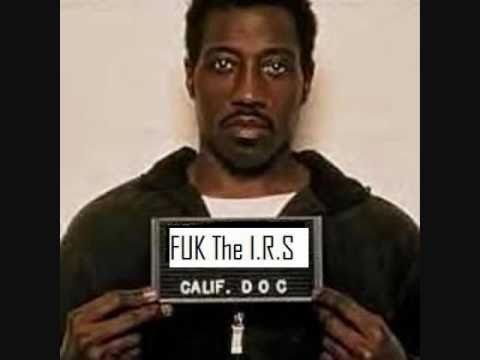 Keep going and see how peacefully they chuck your shit in a moving van and your ass in jail.

He did not think this one through....although in aure he ll change his tune when he continues to accumulate penalty and interest.  Irs could garnish wages and levy bank accounts.

In for guaranteed dock tuck and/or LOLs

Do what you gotta do. See what happens.

disbeliever - How do they expect to accomplish this? Unless they are all working under the table for tips, your employer withholds your taxes, and your employer will laugh at you if you tell them to stop paying taxes.

"I'll show the opposition by giving myself a huge tax penalty and risk imprisonment. What will they do then?"

There is nothing stopping him from helping sick people with the money he has left.

We need more leftists to think this way. Maybe abolishing the IRS will be possible. Then he can keep more of his money and be more charitable with it. But we know when the left talks about helping people they really mean they want someone else to do the heavy lifting and pay for it with someone else's money. They'll just vote for you for doing it.

Good luck not paying taxes. You will feel the full weight of the police state you hate so much.

disbeliever - How do they expect to accomplish this? Unless they are all working under the table for tips, your employer withholds your taxes, and your employer will laugh at you if you tell them to stop paying taxes.

Lol. And when April 15th rolls around, and you paid nothing, and ignore letters from the IRS, they will call your employer and take their money. They can also seize bank accounts.

Your employer has to listen to the IRS.

I guess what I am saying is, it wont last. Is their goal to not pay taxes for a few months and claim some moral victory before the IRS rapes them?

IRS will just garnish your wages. There is no way not to pay them.

I doubt this will be a big movement among the triggered snowflakes.  You actually have to have income to be taxed for this to be effective...

We have had the irs force us to change the status of employees from exempt to 0 within a few weeks of people changing their status.  His plan will fail miserably.

Great news, hopefully we can put tons of leftists in prison

Everyone loses to the IRS!