Why does this narcissist’s selfish actions turning into a cluster fuck not surprise anybody? Get this guy some GI Joe action figures for him to play out his hero fantasies rather then risking real lives. People like this with delusions of grandeur got us into this 7 trillion dollar cluster fuck. Tim would make you his girlfriend and there isn’t anything you could to to stop it. Sad

Huge numbers of afghan “refugees” (aka economic migrants) in europe have been involved in child rape (look it up). wonder how many of the afghans tim has randomly picked up of kabul streets will be staying with him and his young daughters.

try zero, but globalist Tim loves nothing better then them being send to your neighborhood to put your daughters at risk and ruin your town.

but he can sell his shit with more publicity like brcc does. great.

Tim would make you his girlfriend and there isn’t anything you could to to stop it. Sad

so…
and that dominance attitude has sure worked out well in Afghanistan and Iraq. the world isn’t BJJ class or a street fight.

Maybe the Taliban will just give up Kabul our of intimidation of Tim Kennedy’s black belt.

Would I shed a tear if Tim got captured by the Taliban, and they played all the footage of him saying how great torchure was. bricks of shit from Timmy. guess his black belt would save him then right?

He should stay home and just tell everyone what they should/should not do on an obscure MMA forum.

Being the god like baddest ass in human history I don’t even understand how these wars were ever lost by people like Tim Kennedy?

He should be able to just talk about what a badass he is show some UFC footage and the Taliban will just grovel and beg for mercy.

Hollywood has fucked people perception of reality beyond repair. 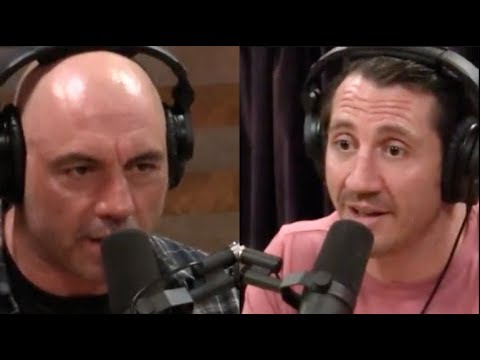 Tim is a “sheepdog” he allowed to tell everyone what to do everywhere anytime. go look up his youtube videos.

Since he can defeat most on the mat at BJJ he has the god give right to dominate…thats how it works guys.

sure worked in afghanstan and iraq.

The military brass is not in a position to be bashing anybody, they’re as guilty as Biden for this monumentous fuckup.

Many Many reasons this war was lost… probably doomed from inception.

However one of the reasons was the MASS corruption. 7 trillion hard eared american tax dollars flushed for nothing.

Instead of putting all this energy into being a poser on instagram and selling coffee maybe if these guys put that energy into rooting out mass corruption of our tax dollars in these wars at least had a chance of succeeding.

Oh but then you don’t get the cool instagram pics and profits from selling poser gear.

Would not surprise me one bit when we find out Kennedy and company not only looked the other way with corruption in these wars but were on the take.

that about sums it up.lol typical. That would be thier business until you flush my tax dollars along with it in the process.

and yes I’m aware I could not have won these wars, or tap people like Kennedy on the mat. But guess what I’m anti war that means I don’t have to pretend ot live up to these ridiculous and fantasy standards people like tim kennedy make up in their own minds. All while losing the guerrilla wars they claim to be such superhuman baddasses in.

guess being a braggart is far more important then actual real world results. seems like the winning side in Kabul takes the opposite view, and we see the results on the ground. I’d say there may be a life lesson in there, not that neo cons are capable of the humility it takes to learn.

Please show on the doll where Tim touched you.

Respectfully, I’d hand him his manlet ass on the mats, but point taken.

I’m still calculating the amount of my tax dollars pissed away on these ridiculous wars started and fought by delusions of grandeur. does that count as the doll

cool man tons of guys would kick his ass, especially as he starts to age out of his prime.

unlike neo cons at least I have a realistic view of my abilities. and I don’t make shit up to be a braggart. Thats what got us into this mess. inflated egoism

whats more its irrelevent, in the real world right or wrong isn’t decided by who kicks who’s ass - that would be called the law of the jungle.

not to mention in the law of the jungle even the baddest ass can get his head blown off.

kennedy is lucky his shit could have gone worse then it did in Kabul, he could have been killed or captured and his black belt would not do a thing to help him.

there was some green berets on here a while back saying some of them went to kennedy just to learn some hand to hand combat.

Instead of teaching them he proceeded to kick the shit out of fellow green berets for his own ego. To the point he gave several guys concussions and real injuries.

what an asshole…he may find as he ages and isn’t as much of a beast in his athletic prime some of that karma may come back to him.

Thats because they dont have instagram clout chasing comrades to be jealous of in the first place.

Very unlikely, armbars were never in my arsenal, if I get top position Im keeping it until you stop breathing. Some kind of head and arm choke most likely.

Does it take you 8 minutes to choke someone unconscious ?