Well, I sent Marvin and his trainer the post, they'll comment on it. Go to www.MarvinPerry.org and download Marvin's clips and see if "His technique left a lot to be desired"

"Karate, TKD, Ninjitsu--these have no place in a fight"

Really?..you mean in a cage..because in a FIGHT, i want that Ninjutsu guy with me...and if Hohan Soken punched you once, he'd probably destroy whatever bone he hit and i'm farily certain Jun Lee could almost kick your head off your shoulders...

Why the fuck do people judge shit they know nothing about based on Chuck Norris, Ernie Reyes and shitty ninja movies??

Nelson: Half the people talking crap about other arts don't have much training or else they wouldn't be an internet warrior.

PS: i hope Tim conveyed my congratulations and well wishes and i look forward to seeing you in March in Columbus..

"I consider submission grappling a facet of BJJ, which is why I didn't list it either. "

That single line just shows how truely dumb you are, subs have been around a good while longer than Bjj, as for your 10 Vs 10 karate/MT, if they all train for full contact matches, and have for the same amount of time, I say it'll be a toss up, both have shitty hand skills(trad Karate and MT), karate guys would negate the clinch with trips and breakdowns, you'd just end up with a stand off kicking war.

Now if you said euro style Thaiboxing, I might have to agree.

I'll just wait for Marvin and his trainer to respond, but in the meantime, I encourage you to visit the clips on Marvin's page and see what you think of him yourself

"Why do you assume I'm basing my judgement on movies or Chuck Norris?"

because if you would have dedicated half your life to these arts, i doubt you'd be so pessimistic as to the usefulness they'd have in any type of fight....

"Another? Blocking a punch by redirecting it with your hands, stepping with your entire body to the outside, and then attempting some funky armlock. Why would you do this when a simply head movement of an inch to the right or left would suffice to take you out of danger and leave many options for counters available?"

"Another? Blocking a waist level kick by dropping the hand. So many things wrong with this. First of all, you expose your head. You're just asking to be knocked out. Second, if the guy is kicking hard enough, you're likely to get your hand/arm fucked up. And finally, it doesn't leave you many counter options available."

THESE ARE WHITE/YELLOW/ORANGE BELT TECHNIQUES...Black Belt level at GOOD schools will not execute like that but WERE taught that way...

I don't mean to sound confrontational Zero. I understand these arts (and others) aren't MADE for MMA exclusively but to dismiss them alltogether is a mistake. I fight San Shou and can hang with quite a few MMA'ers and i dedicated 19 years to 2 of those arts you mentioned..i was open minded enough to seek help from others and take the best from what i had

LOL....no....i spent too much time in Japan and with the Japanese in the US for me NOT to believe it bro...

OMA, like i said, these arts aren't for MMA exclusively....that is the ONE reason why my Instructor and i are not together after over 19 years...

"By the way, let me ask you: what's the best way to block a TKD sidekick? The snapping one. Thanks."

Ironically i am now training at a Muay Thai school with a friend until i can set something up at a BJJ school...i'm gonna be 37 years old but i still have alot i wanna learn my friend... =)

It really bums me out that you cannot post a single thread on san shou without an anynomous troll attempt.

San shou is an exciting format and very hard training. It contain most of the standup elements of mma.

I was particularly talking about the clips of Marvin, because there is another clip on there that IS sort of sloppy, regardless, I don't have any issue with any opinion as long as it is rational and supported by something, I can respect your views

have a good one

"And if it came down to a kicking war, it is my belief the Thais would win for several reasons. One, leg kicks. TKD has no answer for this other than get their sensei to tell you it's not allowed. Two, blocking kicks. A TKD's arm would more than likely be pretty jacked up after trying to block a few Thai roundhouses. Three, the majority of TKD practicioners don't train to accept getting hit. The first few impacts would slow if not stop many of them. They're like the ultimate weekend warriors. This isn't to say that there's not good TKD fighters. Just that you can't judge an art by one fighter--you have to take it as a whole. And I find it hard to respect an art that has 8 year old black belts alongside 30 year old black belts. You know? "

1) read my post again, who said anything about TKD, I said full contact Karate, you know guys who run their Kata to loosen up then spend the next couple of hours kicking the shit out of the heavy bag/pads.

3) BJJ did not perfect subs or groundfighting, jjj did, a good few hundred years ago.

Marvin is a genuinely nice guy... here's his response...

"Who is Adam Cannon???? I honestly don't remember the name Adam Cannon. If
I had a hard time landing clean shots on him, and if he was able to throw
me several times like he said he did, then I would probably remember him,
but I don't. If I saw him I would definitely be able to tell you whether I
know him or not and whether we actually sparred. Are there any pictures of
him on the Internet? I think this is pretty funny lol.

Adam, any pics of you anywhere so Marvin can see who you are?

Hey Dave got any pics of that sanshou guy doing mma in korea(Had Mark Coleman & Wes Sims Working his corner)Also ever Heard of Jorge Gurgel or Rich Franklin go to jorgegurgel.com under mma profiles and look at who one of there sparring partners and trainers is. I'm curious since I did sanhou and now I do BJJ where do I stand. Also when I start helping Rich get ready for his UFC title fight and he wants
to do some sparring I'll make sure I pass because of all you freaking genuis's.It's no wonder our sports dont get the recognition boxing does most of the people on here have more negative to say than positive.keep up the good work you keyboard warriors.
I'll make sure I stay in the ring were its safe.from you animals.(Only intended for a select few on here)
we now who you are.

Iron Tiger, do you mean Scott Sheeley of Ohio

Why, yes, he did win a Korean MMA event and here are the pictures 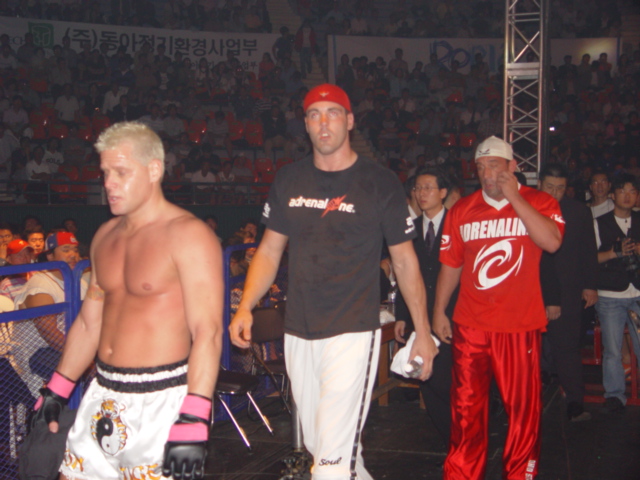 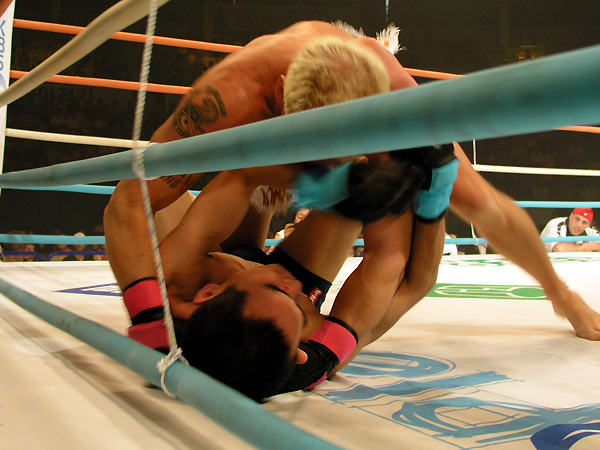 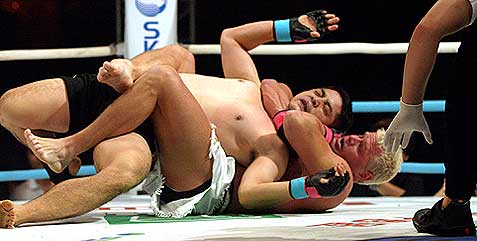 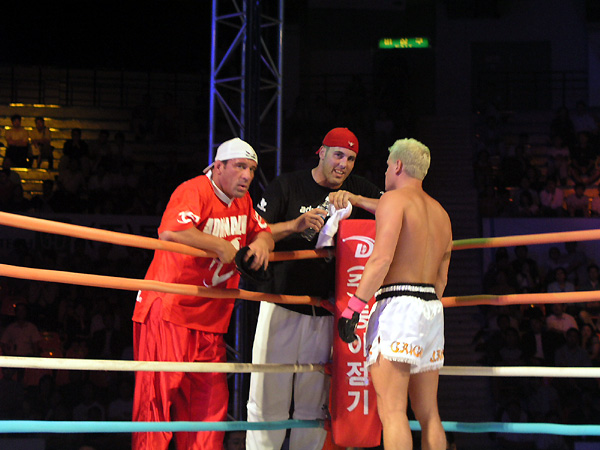 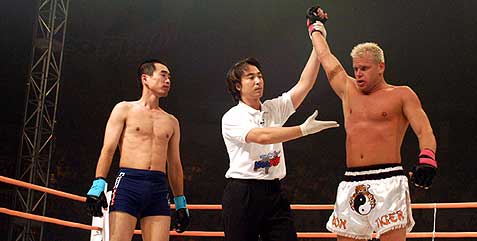 Well, I did go to www.teamjorgegurgel.com, looks like their stand up coach is a San Shou guy!

Nelson: Check the thread you made on the michigan board. I answered you a long time ago. lol

Zero Horizon: "LOL Brad, are you suggesting that the majority of TKD techniques are okay, that there aren't better ways to perform similar techniques and get a greater return?" I said nothing at all like that. lol