Father is a piece of garbage 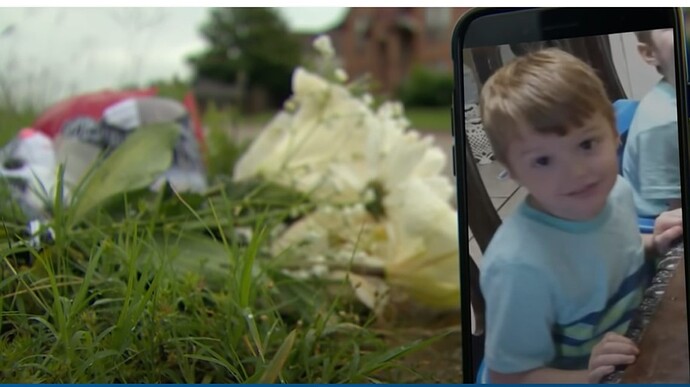 Suspect charged with capital murder in the death of 4-year-old Cash Gernon,...

On June 9, Dallas police said evidence submitted to the lab has been returned linking Darriynn Brown to Cash at the time of his death.

there were rumors early on that seemed reliable that the child had been sexually assaulted, no charges related to that so i guess that is some small consolation that the boy doesnt appear to have had to go through that

Good point. I know of instances where basic assaults were pursued by the state after the victim refused to press charges.

I need another rope…

The only source of that was the twins’ grandfather posted a Facebook post saying Cash was “kidnapped, raped, and stabbed”. He posted it just hours after it happened. It was a very public crime, and rumors start, things are misheard ect. Someone also said that another kid was standing in the street filming the whole thing. A lot of crazy shit gets spread around when chaos is about. Look at all the conspiracy theories that start after tragedy because misinformation is prodcast over scanners, on the internet, and even makes it on the news.

One thing is for sure… That poor kid didn’t have a single person in his life worth a shit, but his twin and possibly the teen son that lived in the house. It’s heartbreaking.

The surveillance video from inside the twins’ bedroom will cause you to lose sleep at night and I’m conditioned to crime scene photos. The way the killer just stands right over the bed staring down at the boys before snatching one looked like a creepypasta video.

The way the killer just stands right over the bed staring down at the boys before snatching one looked like a creepypasta video.

That’s the part that gives me the chills. Just the way that fuckface was standing over them. Creepy mannerisms. I want that scumbag sent to the chair.

That’s the part that gives me the chills. Just the way that fuckface was standing over them. Creepy mannerisms. I want that scumbag sent to the chair

Yup… And another thing I noticed was in both videos… In the house, and peeping through the gate, he got spooked and ran in almost identical ways. It makes me wonder if he is hearing voices.

there was the grandfather and another relative repeated it, once they were confirmed to actually be real family members i thought damn maybe there is something to it. thats all.

The other relative… I think an aunt… was the one that told the grandfather. There’s no evidence of anyone actually telling her that. As sad as it is, I think we are just conditioned to hear “beat, stabbed and raped” because aggravated murder (murder while commiting another felony like sexual assault) is so damn prevalent when it comes to the murder of women and children.