If he’s rebooked against Nurmagomedov, Ferguson wants assurances that he won’t take a financial loss. He is willing to fight for a belt, interim or otherwise, but not willing to lose time and money with another cancellation.

“If Khabib’s like, ‘Oh, I can’t make weight, I have to go to 170 (pounds),’ let’s do a superfight,” he said. “Let’s make that money and do a catchweight. That’s fine with me if he really wants to do it, but we’re going to have to have assurances. We’ve got to have guaranteed money if I’m going to practice and take years off my life from cutting weight doing this thing, because it’s not easy.”

why? cause Tony is a fkn beast and wants some closure to this BS.

winner gets this belt 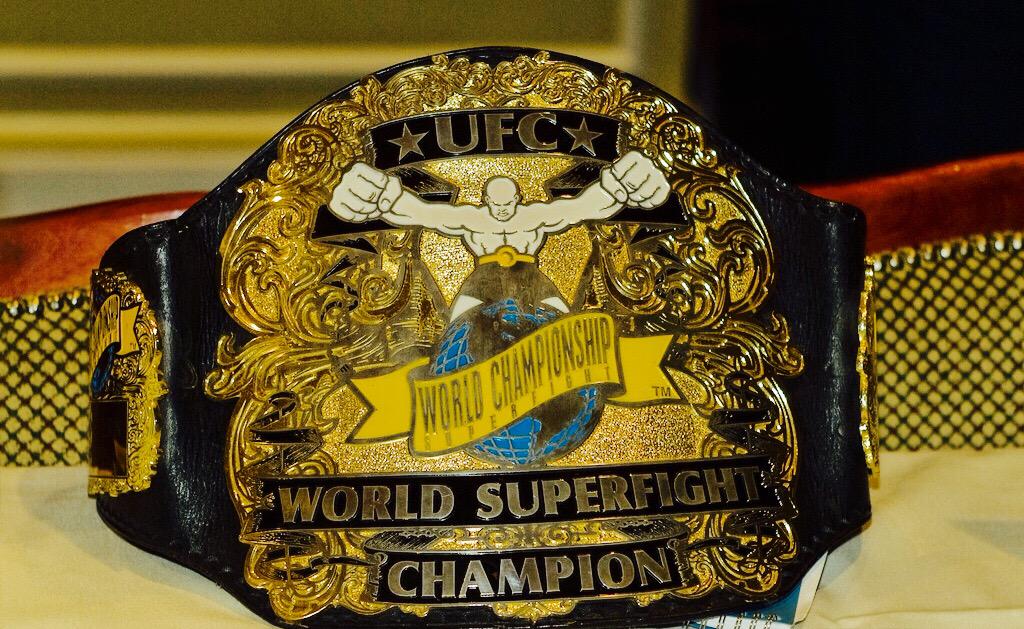 I think Tony should just agree with UFC if Khabib does not make weight but comes in at less than say 162lbs, then he is fighting for the Interim Belt and Khabib is not. Just tell UFC he wants the fight as long as Khabib comes in 162 or less. If Khabib makes 155, then both can win the title. Also make it a stipulation if Khabib has issues and is unable to fight, Tony gets his full show money and win bonus (or maybe have 2 top 155lb guys as co-main and move one into the main event if that happens). I don't care what they agree on, I just want to see the fight. I am still holding out hope for 210 but doubt it happens.

how about fighters just be professionals and not eat fried eggs and cake when u need to make weight?

Shall we just call it a catchweight fight then. Not so super.

There's no interim title at catchweight and Khabib is one of Tony's most dangerous opponents. Khabib should be out of the interim title picture IMO and Tony should fight whoever is next in line.

sometimes 2 guys weigh the same and neither wants to cut weight, then they ask to fight eachother 1 weight up

Don't even care now. Cut Khabib and book Ferguson for the belt. If Conor is waiting out for Mayweather, strip him again. Enough of the bs.

Ferguson is a fighter's fighter. His heart has no fear and he wants to bang with Khabib. Khabib knows the potential of losing is extremely high if he matches up against Tony. With the way Khabib's team went to an outside doctor and all, I think Khabib ducked Ferguson last minute. Maybe felt off or whatever, but that was a dicktuck. Tony vs Conor. Make it... Khabib can get next