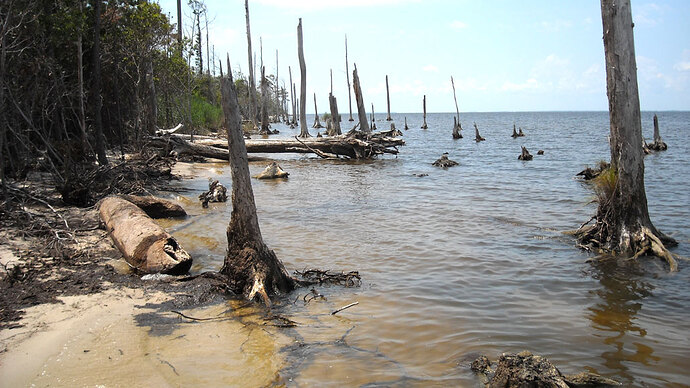 If a tree farts in the forest, does it make a sound? No, but it does add a smidge of greenhouse gas to the atmosphere.

Gases released by dead trees — dubbed “tree farts” — account for roughly one-fifth of the greenhouse gasesemitted by skeletal, marshy forests along the coast of North Carolina, researchers report online May 10 in Biogeochemistry . While these emissions pale in comparison with other sources, an accurate accounting is necessary to get a full picture of where climate-warming gases come from.

A team of ecologists went sniffing for tree farts in ghost forests, which form when saltwater from rising sea levels poisons a woodland, leaving behind a marsh full of standing dead trees. These phantom ecosystems are expected to expand with climate change, but it’s unclear exactly how they contribute to the world’s carbon budget.

“The emergence of ghost forests is one of the biggest changes happening in response to sea level rise,” says Keryn Gedan, a coastal ecologist at George Washington University in Washington, D.C., who was not involved in the work. “As forests convert to wetlands, we expect over long timescales that’s going to represent a substantial carbon sink,” she says, since wetlands store more carbon than forests. But in the short term, dead trees decay and stop taking up carbon dioxide through photosynthesis, “so that’s going to be a major greenhouse gas source.” 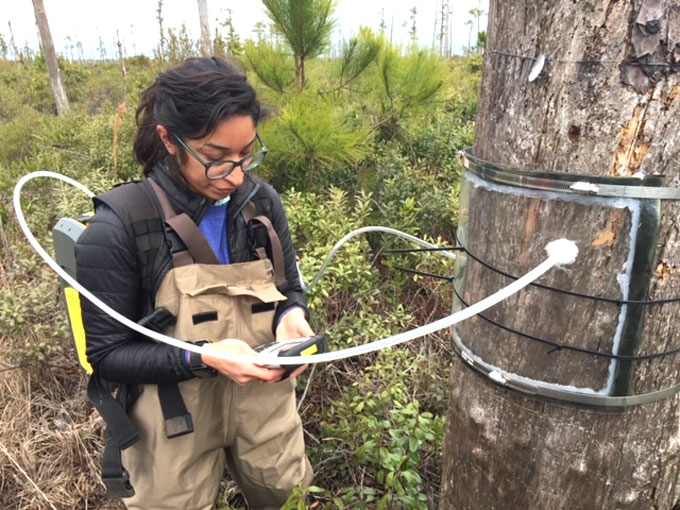 Wetland ecologist Melinda Martinez totes a portable gas analyzer on her back to measure the “tree farts” emitted by a ghost forest tree. A tube connects the gas analyzer to an airtight seal around the trunk of the tree.M. ARDÓN

Measuring greenhouse gases from the trees is “kind of measuring the last breath of these forests,” says Marcelo Ardón, an ecosystems ecologist and biogeochemist at North Carolina State University. The dead trees “don’t emit a ton, but they are important” to a ghost forest’s overall emissions.

Ardón coined the term “tree farts” to describe the dead trees’ greenhouse gas emissions. “I have an 8-year-old and an 11-year-old, and fart jokes are what we talk about,” he explains. But the analogy has a biological basis, too. Actual farts are caused by microbes in the body; the greenhouse gases emitted by ghost forests are created by microbes in the soil and trees.

Since it is natural for nature to do this, it is amoral. The left may still try to villianize it though

From the Never NOT Funny thread 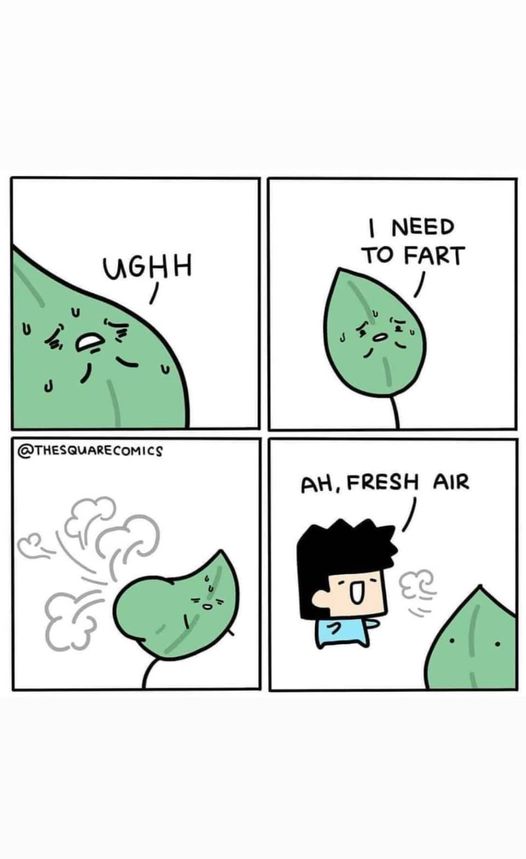