Trevor Noah out at Daily Show

Colbert is a piece of shit too.

Coming to CNN or MSNBC in 6 months.

Coming to CNN or MSNBC in 6 months.

True, probably looking for someone to take over Lemons spot

And it’s not just his writers.

Occasionally, they’d write a funny line or two. But he’d always butcher it with his dull personality and ridiculous accent that can only be described as being from absolutely fucking nowhere.

This is probably the end of CC right? They really have no originals left. All their originals have moved to streaming. I don’t know if any other originals they had. They cancelled their best show drunk history for some reason.

He’s such a retard he’ll probably end up in a high position in the democratic party in 2-3 years.

He is the comedic equivalent to this. 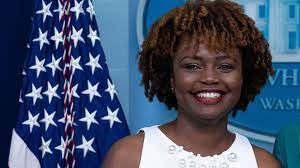 That guy tried so fucking hard to be funny. Tried to eat all of the low hanging fruit jokes…

Noah is the George Lazenby of daily show hosts.

As much was we shit on John Oliver, and as much as I disagree on 75% of his pieces, he actually came out the best of all the old daily show guys.

Not getting daily show and being able to do long form pieces on subjects because he only has one show a week to focus on those things make him stand out and actually come of across a more informed journalist than any of the daily guys on all msm.

He’s not just filling cheap bits day after day, he’s doing deep dives, agree or disagree with him. You just don’t see it anymore. I want to punch him in the face constantly but respect what he is doing.

Politics aside, he has never said anything that even made me crack a smile. I watched a patton oswalt show the other day and i think he is a head-in-the-sand libtard, but he’s fucking funny.

I don’t believe he is heterosexual.

He had his moments, but he was a massive downgrade. The way guys like him and Colbert handled COVID just turned me off.

His last laugh? When was the first one?

–Get Lilly Singh in there ASAP! Show 'em what funny is.

Get Trump to host the Daily Show!!!