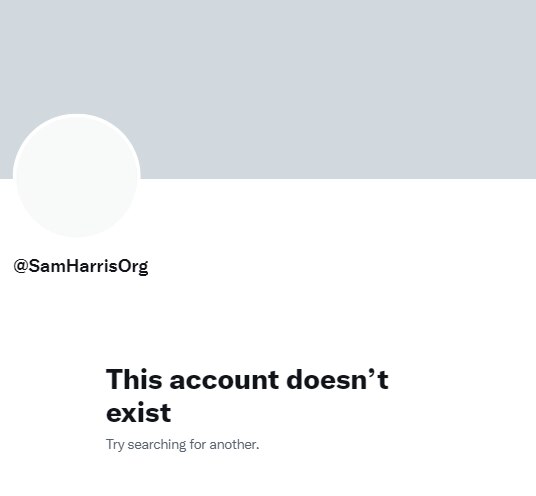 Probably got upset people kept quoting him saying he “literally wouldn’t care if Hunter Biden had corpses of dead children in his basement”, and excusing the left wing media and big tech for censoring a legitimate news story as long as it got Trump out of office. When you’ve gone that far, you lose your credibility.

I bet it would drive Sam Harris nuts if he new my pastor has quoted him more than once in a sermon. And not in a disparaging or confrontational manner.

Trump broke him. He lost what credibility he had left when he did the Triggernometry interview.

He tweeted something about Twitter having a responsibility to remove dangerous lies and got hammered for it by people pointing to instances where things that were factually accurate were removed as disinformation and asking who the judge should be of what are dangerous lies.

Couldn’t answer them so took his ball and left.

Couldn’t answer them so took his ball and left.

Because he’s a sack of shit who lacks integrity.

He’s human garbage. He played himself by doing this. So much for how much of a genius he is. 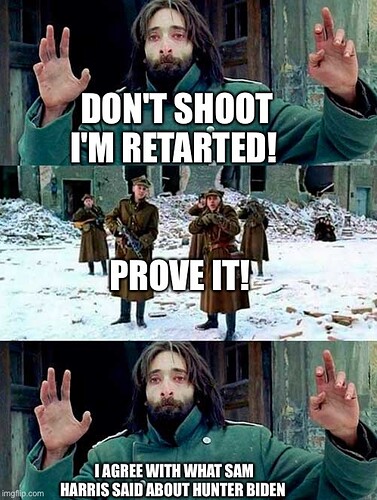 The pompous twat within exposed itself.

His hubris was his downfall.

trump sucks. so does sam now. he lost his marbles.

Someone should check his basement!