Gay people have been killed or castrated for being gay and have historically been an equity seeking group.

Nobody my age or younger gives a shit about gay, and very few gay and lesbian people born after I was faced any actual oppression.

This stopped being about “gay rights” a long time ago. We already solved that shit.

Lmao at this delusion. Yeah, thats why Trump Jr has to trash his own party over this. The GOP’s last official platform still had banning gay marriage as one of its primary goals.

Lol at this. what percentage of gay people our age were accepted by their family for who they were when they were 18?

Not my point. Somebody posted they were executed and beaten as if that was a normal thing in our age. Society progresses. Hardly anyone was legitimately “persecuted”. Unless, you all have changed the definition of that, again.

Bullshit. There’s countless choices if you’re looking for someone who’s not a radical leftist. Trump is the only one with a blind, cult of personality following. 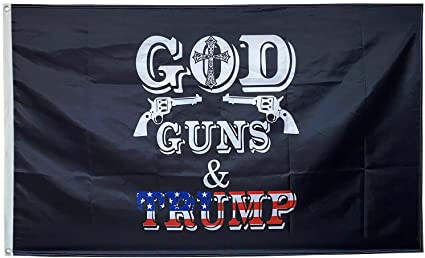 Real Republicans prefer don’t ask don’t tell. Do whatever you want in your home just don’t push your perversions on others.

This. Same goes for “being color blind”. Its vastly superior. Look at what we have now. Real division due to everyone forcing celebration on every culture there is.

One nation, under god, indivisible for liberty and justice for all. We are all ameriCANs.

This thread is so funny.

Republicans: we prefer a policy where gay people specifically are prohibited about talking about their personal life, their family, their spouse, etc!

Also Republicans: omg we have no problem with gay people and never have!!!

I will fight for a man’s right to fuck another man. That’s the difference between you and I. I will fight for the right for someone to burn or desecrate the flag, however despicable that may seem to me.

I dont care what gays say, just dont say it to any kids. I’ll wait for you to spin my rebuttal in your favor.

I can’t stand faggots retards or pussies. These are the worst qualities to have and they aren’t supposed to be “nice” words.

Gays do have and should have rights like everyone else.

The only issue we have with them is when they push sexual shit on kids. Leave the kids alone and all will be well.

The implication in this concern is that when a man Talks about his wife, that’s fine and normal and not sexual. But if a man mentions his husband everyone should think about dude on dude.

How many BLM “leaders’” houses did they end up buying??

This thread is so funny.

Republicans: we prefer a policy where gay people specifically are prohibited about talking about their personal life, their family, their spouse, etc!

Also Republicans: omg we have no problem with gay people and never have!!!

Lol at disingenuous. They are both opinions offered in this thread. And not countered at all.

Maybe you don’t know what disingenuous means. You can’t think don’t ask/don’t tell is good policy and also claim to not care if someone is gay. THAT is what being disingenuous looks like.

I don’t talk about my wife with strangers, I don’t parade my wife around as a prop to declare I’m a heterosexual. We didn’t rally and protest so heterosexuals could get a month to display the virtues of our lifestyle

Don’t ask don’t tell doesn’t apply to friends or family, it’s to discourage the general attitude gays and trannies have that requires them to throw their lifestyle in our faces and force us to accept their perverse views or be deemed homophobic.

He and Bernie aren’t even in the same stratosphere

Bernie was also leading the charge against climate change. In the 2016 campaign, he flew commercial. But once that money started rolling in in 2020, he had two private jets. One for him, and the other for the peons running his campaign.

What bubble did you live in? None of the gays dared to come out even from someone in a class from 1999 because it was that mean still.

I’m not so sure about that. I was in high school during that time and there were several openly gay wiener smoochers.

Who said anything about “strangers”? Don’t ask don’t tell is about colleagues. I can tell you the broad strokes family situation of everyone I work with. On the other hand I don’t know or care about what parades they go to.

I believe, deep down, you understand this incredible simple, glaringly obvious distinction.

Sounds like you have too much time at work to chat with coworkers or you work in a very small office.

Don’t play stupid, you know there’s a difference between those who live their lifestyle modestly and those that throw it in your face. I don’t need to know about couples that are swingers or into bondage either, keep the details to yourself and things will work out just fine.

I mean, people have had pictures of their families on their desks since the dawn of desks and the dawn of pictures.

But, yes, I’m super lazy and chatty for knowing the highest level of detail of people’s family situations.

I work in a company of thousands. My department is 120ish. I meet people all the time. Basic family structure might be the most common thing people talk about.

Are we voting for trump jr this year?

I don’t care about people with family pictures on their desks, gay or not, that’s very different than the in-your-face stuff you see from a lot of gays and trannies. Some people try to fit in, some try to stand out, I’m referring to those that need to stand out.