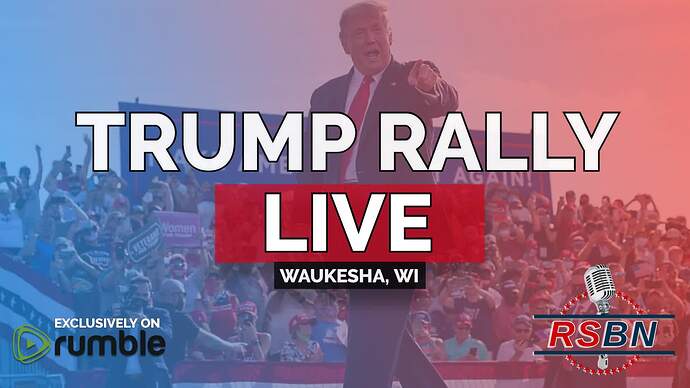 I think you mean Klan rally.

Nice to see him visit wakanda

I believe they identify as KKK Nazi White Supremes now.

Do you guys think supreme pizzas are gonna get canceled?

biden in hiding with covid for about the fourth time.

Probably has something to do with Wisconsin’s Supreme Court implying their 2020 election was illegitimate.

Not gonna watch, as Trump rallies are like comedy specials to me, they’re all the same and I only need to see 1-2 a year.

Would love to see Trump run with Rand in 2024, for one Rand cares about the American People and he’s not afraid to call out the Fauci’s of the world on their behalf. For two the VP debates would be a cat fight between two nappy headed hoes.

I need to see more on DeSantis, though he’d be better than Biden and better than most of the conservative field, I don’t trust him yet.