Twitter turning on Jimmy Kimmel, white privilege and all that

Twitter turned on Jimmy after the Emmys last night and he laid on stage after a skit while a black woman accepted her award.

He will probably cry on national TV tonight to try to get back into the good graces.

Kimmel is a bigger bitch than Colbert and Fallon combined

I’m proud of the fact that I have zero clue of the context behind this. I’m not a loser who watches these kinds of things. But lol this photo looks hilarious without context. Wtf was that bleed heart pussy doing?

@BuzzFeed
Jimmy Kimmel, get out of the way! #Emmys2022 https://t.co/UgFLdxJ9yJ 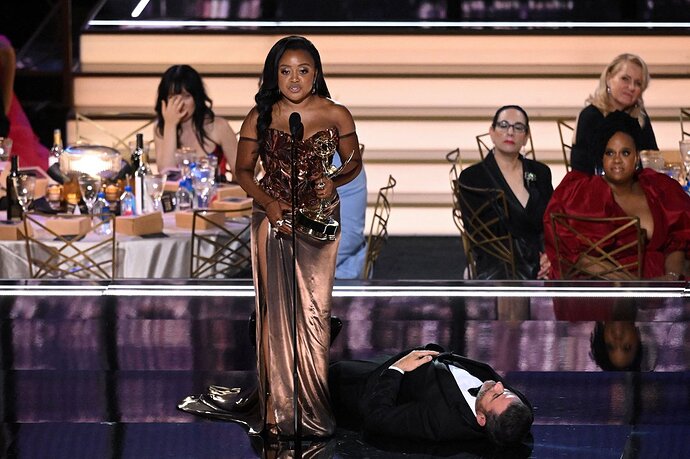 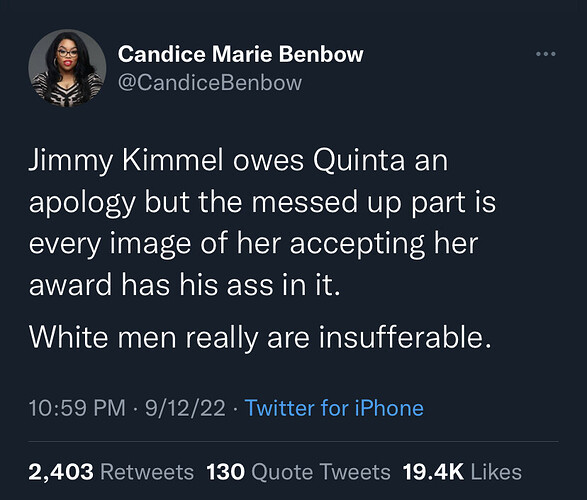 This bitch touches herself while thinking about white guys guaranteed

Couldn’t happen to a bigger hack. Stelter wishes he was Jimmy Kimmell.

This bitch touches herself while thinking about white guys guaranteed

I hope he does. I love seeing weak little bitches grovel. It will be hilarious

bitch touches herself while thinking about white guys guaranteed

I touch myself while touching white women, so consider us even.

She just called me insufferable bro. Why are you jumping in?

What was he doing there?

I mean, I kind of get it, depending on the context. Is he doing a bit while someone else is accepting an award? I might be annoyed too if my big moment had some wanker trying to be funny / siphoning attention in its midst. I wouldn’t drag their entire race into it though.

What was he doing there?

Trying to be a witty f@ggot per usual…

That’s exactly what a racist cracker like you would say!

When will these cucks wake up to realize that they’ve been on the wrong side of logic, reason an reality? Never is my guess.

Never is my guess.

Why would they? They know what they are doing and getting paid mega $$$ for playing the role…

They just want don’t want to be associated with “You people!”

You slip up, and they’ll go after you too.

At best they’ll be Sully, and killed last. Unless they lied.

they are fans of each other and acquaintances, she didnt give a fuck… yet here we are with “twitter users” all upset at him, and a bunch of you upset at him and them…

he tried to be funny as the host, some people thought it wasnt funny.

Fuck you you fuggin Race whore!!! This isnt a racist thing (its not like a black guy has never disrupted someone whilst they recieved an award) This is just some unfunny hack desperate for laughs.