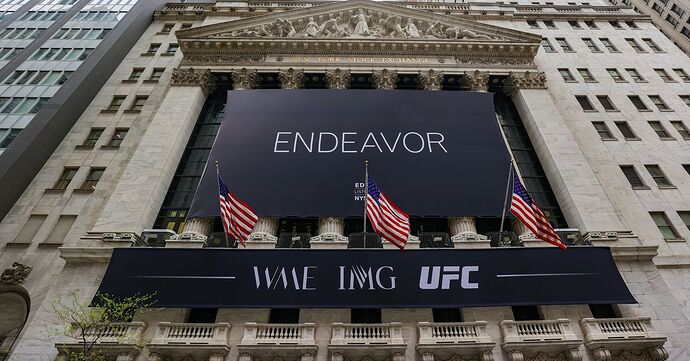 Perhaps it’s crickets for a reason…it’s a poor article and the arguments made are just lazy. Frankly, it seems like the authors didn’t even look at anything other than the revenue sharing percentages. They clearly don’t have an idea as to how the payscale actually breaks down in most sports named in that article…or they do, and it wasn’t mentioned for a reason. Any guesses as to why that may be?

Cause yes, 50% share of the revenue is great, but they fail to address the fact that the lion’s share of that goes to a select few. Like their attempted gotcha’ moment surrounding boxing. They say the promoters are paying out a huge percent…and use Canelo, the biggest name in boxing, as the example for what a boxer earns. Yes, Canelo is paid well, but even with those high percentage’s paid out by promoters, what’s the average yearly pay for a regular pro boxer? $30-$50k…peanuts in comparison to Canelo, but not any different than your average UFC fighter, who takes 3 fights a year. But, but 50% revenue sharing!

How about ATP? Oh, they have committed to 50% revenue sharing…I click that link, and it’s only a proposal…and it’s about attempting to start a player association/union, which requires top earners to take a significant pay cut. Oddly enough, not all players are on board with that. So, let’s look further at that Tennis breakdown…Again, the players ranked in the top 100 can make good money…anywhere from $50k to millions for a win…but what do those players ranked outside the top 100 make? Players within the top 500? $700 to $20k…how bout those players ranked lower than that? $200 to $3k…Again, the lion’s share goes to the elite and the rest get peanuts, but hey, 50% revenue split!

PGA? Same deal…how many tour players are there that get paid?About 250 give or take…but there’s thousands of PGA members. The lion’s share goes to the top players, despite a healthy revenue split. Last year, the top 4 PGA tour players made 7 million on the year. How much did the guy who placed 250 on the year take home? $6000…If you go back and look to say 2018, the top earner made 8 million, where the low end walked away with $5000 on the year. But, but, but revenue sharing!! It’s almost like there’s a pattern developing with all these payscales for the various sports…

So…it seems there’s a good reason the article didn’t go in to specifics and just stuck to those revenue splits. In an effort to try and shame and embarrass the UFC for it’s payscale, the article purposely tries to mislead people. Because if we look at the disclosed totals for yearly payouts for 2020…You have have a guy like Khabib being top earner at around $6 million, and the last place fighter at 580 making $9500…2021 you have Conor making $10 million and last place 605 making $9900.

That’s not to say that UFC fighter’s shouldn’t get paid more. They definitely could make more. But upping the revenue split isn’t really going to help those fighter’s making 10/10 the way most think it would. The UFC has 500 fighter’s on the roster, those fighter’s which are top draws might get a nice bump, but that’s it…The model for the payscale is pretty universal across most sports