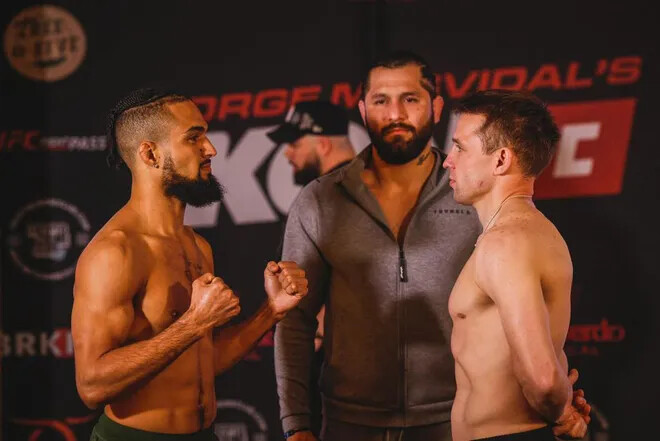 As professional mixed martial arts fighting has grown in popularity, new generations are attracted to the combat sport.

Jorge Masvidal has experienced this firsthand when the popular UFC star encounters his fans.

The Miami native, 37, said MMA made a strong first impression on him as a youth, “but not everybody around me was comfortable with the sport or gravitated to it as fast as I did.”

“Now it seems like it’s a lot more in our culture and society,” Masvidal said of MMA. "Kids are loving it. I’m going to say that’s why the sport’s exploded. As far as males go, it’s all across the board — young kids, 7-, 8-years-old, 40-year-olds are watching it, diehard, every week, every show.

“They know every fighter from top to bottom. A lot of these guys now, hardcore fans, are schooling me on the cards from top to bottom. A lot of guys that I don’t know on the cards, they’re letting me know who’s who, and it shows because I put on my shows and we consistently get great views, great turnouts.”
While Masvidal has built a fan base as a fighter, he also is developing young fighters as a promoter. Last year, he started Gamebred Fighting Championship for bare-knuckle bouts.

This year, he launched a second promotion company, iKON FC, for gloved fighting. Through his relationship with UFC, Masvidal has been able to show the fight cards on the UFC Fight Pass subscription streaming service.
The 10-fight card in August features Savannah-based featherweight Josh Blyden (9-2) in the main event against an opponent to be announced. In the co-main event, featherweight Quinten Culpepper (5-1) of Macon faces Canaan Kawaihae (6-2) of Hawaii.

Bantamweight Amun Cosme (4-0), a native of Brooklyn, N.Y, now fighting out of Milledgeville, will be in his third iKON promotion, while strawweight Lydia Warren (1-0) of New Mexico will be in her second. Cosme is slated to fight Diego Gomez Manzur (5-0) of Chile.
The Grand Ballroom will seat about 2,000, with the doors opening at 6 p.m., and the first bout at 7 p.m. Tickets are $50 for general admission, $1,000 for a VIP table of 10 seats. Tickets go on sale at 11 a.m. Friday at ikonfc.com.

The UFC Fight Pass segment likely begins at 9 p.m., and for those unable to get tickets or who would rather watch from home, Masvidal has a friendly tip on the streaming service.

“I think the first month is free, so enjoy yourself,” he said.
He promises a card of evenly matched fighters, making for compelling bouts. With iKON FC’s position as a developmental circuit one step below UFC, fighters know what’s on the line and want to make the best of their opportunities to impress and get called up.

While his focus has been showcasing promising talent in the first five or 10 bouts of their pro careers, there’s also a place for former UFC veterans looking to get back to the big leagues.

“They got cut and went back on the regional circuit and they’re killing it,” Masvidal said. “Now we’re putting them up against that guy that’s 8-0 versus that UFC veteran that has two, three fights in the UFC. Those fights are always entertaining because we’re really testing the up-and-comers and the veterans.”

Being tested, one on one, is at the heart of combat sports such as MMA. Masvidal talks about the violence of the sport, that in a few seconds or 15 minutes, one competitor sets himself apart from the next by finishing him through knockout, submission or judges’ decision.

Masvidal has won various ways, but among his accolades and accomplishments he’s perhaps most famous in MMA for his 5-second knockout of Ben Askren by way of a flying knee on July 6, 2019. It’s the fastest KO in UFC history.

For all of the physicality, pounding and pain as well as the studied technique and discipline required and the entertainment factor, Masvidal said he is drawn to MMA for the “science” behind it.

“Fighting is so many things,” he said. "It’s like a marathon mixed with a sprint, mixed with dancing, mixed with gymnastics. You’ve got to be athletic. It’s a crazy sport, and that’s why I love it. 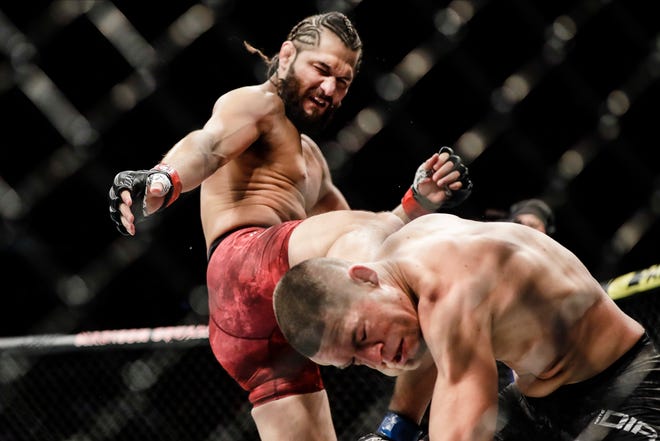 “There’s never a certainty in anything. Any one guy could beat any guy no matter how good that other guy is. It doesn’t exist that thing that this person is unbeatable. It’s a sport that I love and is ever evolving. It just keeps getting better and better. Every year the kids see it, they get hungrier, meaner, younger, tougher — more skill guys are coming up. Just the evolution of the sport is another thing I’m into big time.” 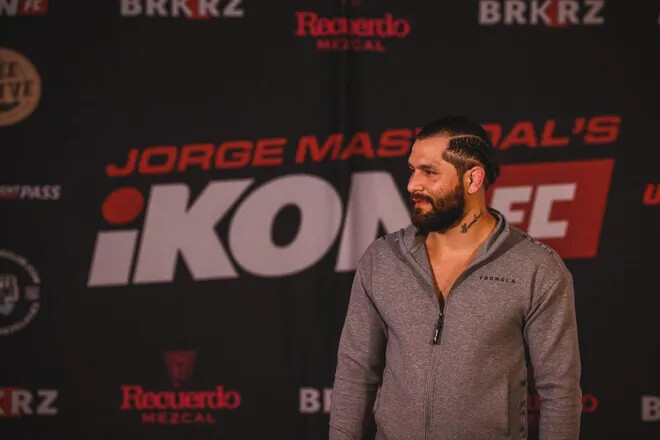