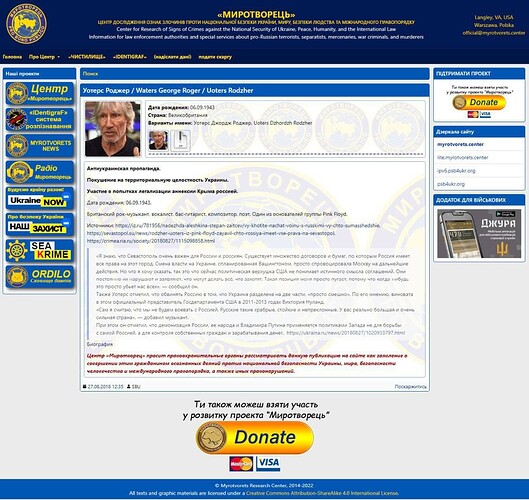 Charged with anti-Ukrainian propaganda, attempt to violate territorial integrity of Ukraine, and participation in attempts to legalize Crimea’s annexation by Russia

all the cliffs are here probably

No way, Ukraine is the good guys. All the republicans and democrats say so.

We need to support democracy in Ukraine and give their piece of shit President who silenced all the opposition and threw all dissidents in jail billions of dollars and we don’t even know where the money goes.

The arrogant, scumbag actor zelenskyy just keeps demanding more money and weapons and no one even know where the money goes. The CIA overthrew the legitimate government of Ukraine in 2014.

I’m truly sorry for the suffering of the Ukrainian people. I truly am but fuck their government. Zelenskyy and his minions and the piece of shit leaders in the west keep giving this guy weapons and prolonging the suffering and carnage for no reason.

We are creating a true enemy out of Russia and driving them closer to China. All the sanctions we put on Russia didn’t do shit because China and India will still buy their gas and oil. I don’t understand why the democrats want conflict with Russia so bad.

Seems extremely democratic of a country that the U.S. democrats love so much to put out a hit on an individual citizen of another country that doesn’t agree with them.

Ukraine is the good guys.

I am balls deep in Ukraine’s mouth.
Fuck that country