I put this in the navy/msc thread but its an interesting story:

Here is japan/US after an UNREP. Our ship was sending fuel to Japan. 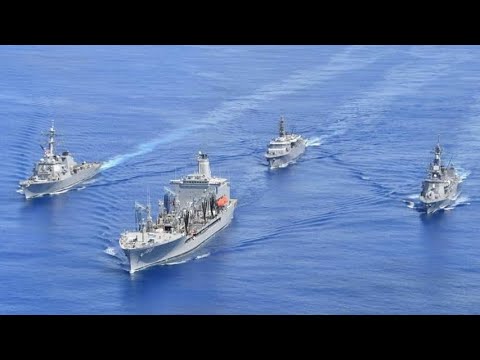 And this is the japanese ship, JS Kashima, band that played while out at sea after completing the UNREP with us. This is the one and only time ive seen this done by any ship from any country. (Ive seen US navy “rock” bands) 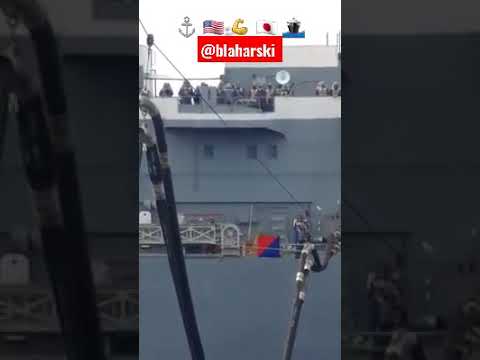 Japan's navy ship, JS Kashima, band plays out at sea after UNREP with US...

I wish i had a clearer copy

Story:
Our captain pissed the Japanese off here. Making matters worse, their ship carried a high ranking officer on board.
We were trying to retrieve our bag we had sent across (language barrier). The miscommunication was apparently irritating to our captain. So when the japanese sent across a gift for us (somewhat customary by US and foreign ships after an UNREP), i had to run the gift from the station up to the bridge, and our captain refused it! He aggressively told me to send it back. So i then had to run their gift all the way back to the station where i told the BM that sending this back will cause an international incident. (Its my understanding that Japanese custom takes quite a bit of offense to refusing and returning gifts). Nobody at the station liked the idea of sending it back, especially after all the earlier bag miscommunication drama. But captain’s orders.

We send the gift back and on the japanese side they were freaking out. Officers were coming down to the station and yelling and waving off the return. But we FORCED it back. On the japanese end they removed it and stormed of…
Sure enough, a couple days later US navy shoreside recieved correspondence from high, Japan detailing their displeasure. The next day we UNREPd them again and this time we took their gift. I, once again on station, reluctantly ran the gift up to the bridge. They sent a really nice bottle of sake, stickers, pins, neatly packaged cookies/treats.

Our ship gave Japans ship fuel. Japan offered us a gift and we rejected their offer. Japan higher ups called our higher ups to make it clear we shouldnt do that

Yup! Just sharing my experience. Not every day you see a brass band on an allied navy’s ship and then shortly thereafter piss off a nation for refusing their gift

Japanese are very much into tradition and culture. Very different than ours. Thanks for sharing this. A good lesson learned for your captain.