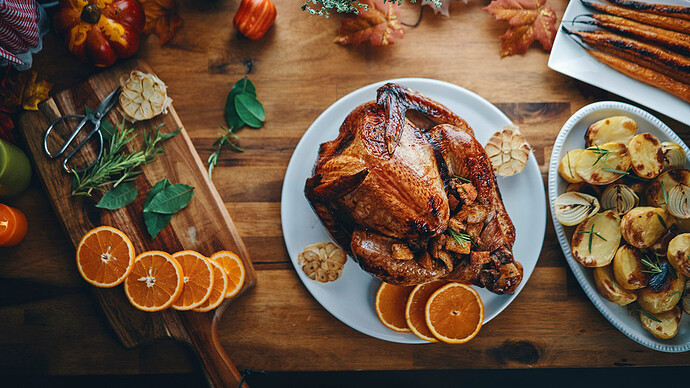 As Americans prepare to gather with relatives and enjoy a Thanksgiving feast on Thursday, far-left pundits, columnists and news organizations have set their sights on the holiday.

USA Today published a story Tuesday headlined, “What is Thanksgiving to Indigenous people? 'A day of mourning,’” which focuses on what certain Native Americans feel about the holiday. The story is reported, not an opinion piece, so it comes across as more serious and thoughtful than bold

“For many, rather than a celebration of peace and shared prosperity between Native Americans and Pilgrims, Thanksgiving represents the dark shadow of genocide and the resilience of Native people,”

A segment on NBC’s “Today” on Saturday suggested American families could drop the traditional Thanksgiving turkey from their tables this year to deal with inflation.

“With inflation on the rise, prices are going up on everything from your Thanksgiving meal to your gifts for the holidays,” anchor Kristen Welker said to introduce the segment.

NBC News correspondent Vicky Nguyen noted the 6.2% rise in prices in October from a year ago – a three-decade high – calling it “real money.” Nguyen then said something she admitted may be controversial.

“Perhaps forgo the turkey,” she said. “Bear with me. I know that is the staple of the Thanksgiving meal. However, some people think turkey is overrated. It tends to be the most expensive thing on the table. Maybe you do an Italian feast instead.”

Nguyen added that if you tell people you’re ditching the turkey, “some guests may drop off the list, and that’s a way to cut costs too.”

MSNBC segment declares genocide is “still on the menu” in America

An MSNBC segment aired on Saturday that accused White people of not accurately telling the story of Thanksgiving and blaming the pilgrims for the “White supremacy” affecting the nation today.

“State-sponsored violence against Native and Black Americans is still commonplace and violent, private White supremacy is celebrated and subsidized,” Ross continued. “Indigenous and Black people are still being murdered by those paid to protect us.”

USA Today published a story Tuesday headlined, “What is Thanksgiving to Indigenous people? 'A day of mourning,’” which focuses on what certain Native Americans feel about the holiday. The story is reported, not an opinion piece, so it comes across as more serious and thoughtful than bold

“For many, rather than a celebration of peace and shared prosperity between Native Americans and Pilgrims, Thanksgiving represents the dark shadow of genocide and the resilience of Native people,”

“If our child, 9, and a cousin, 10, have each received one dose of the vaccine two weeks prior to Thanksgiving, is it safe for us to eat indoors? There will be about 20 guests, all vaccinated, and the 65 and older crowd have all received boosters,”

It must suck to be so unlikeable that nobody wants to spend a holiday with you. Trying to ruin holidays for other people just reinforces why nobody likes these people.

“When the Pilgrims arrived on the Mayflower in 1620, they didn’t bring thanks. They didn’t even give thanks. Instead, they brought racist genocide and gave nothing,” Coard wrote.

“And they eventually succeeded in mass killing and mass land robbery not because they were smarter or stronger but because they were sadistically evil racists who initiated the use of a weapon of mass destruction that previously had been unheard of on this land,” Coard continued. “Thanksgiving, as an American holiday, is a celebration of that racist genocide and massive land robber.”

Emotional progressives, females and effeminate males, have too much influence on society

Day of mourning for the indigenous

Go ahead and mourn you little bitches

I will be enjoying Turkey

Oh, so it’s not Covid this time? It’s genocide and inflation? As long as socialization is way down and family units further divided and broken, the better for the Build Back Better agenda.

I’ll just go hide in my basement while jerking off wearing my mask. I might use a condom too while at it.

Mr and Mrs Bignightmare say FUCK OFF US media.

The left ruins all things.

Guess the spirit of coming together and sharing the bounties of one’s home with another is dead because these fuckwits can’t help but make it about genocide. Tell me more about the Puritans of Plymouth Colony and their genocide on the red man….

“ Throughout that first brutal winter, most of the colonists remained on board the ship, where they suffered from exposure, scurvy and outbreaks of contagious disease. Only half of the Mayflower’s original passengers and crew lived to see their first New England spring. In March, the remaining settlers moved ashore, where they received an astonishing visit from a member of the Abenaki tribe who greeted them in English.
Several days later, he returned with another Native American, Squanto, a member of the Pawtuxet tribe who had been kidnapped by an English sea captain and sold into slavery before escaping to London and returning to his homeland on an exploratory expedition. Squanto taught the Pilgrims, weakened by malnutrition and illness, how to cultivate corn, extract sap from maple trees, catch fish in the rivers and avoid poisonous plants. He also helped the settlers forge an alliance with the Wampanoag, a local tribe, which would endure for more than 50 years and tragically remains one of the sole examples of harmony between European colonists and Native Americans.” 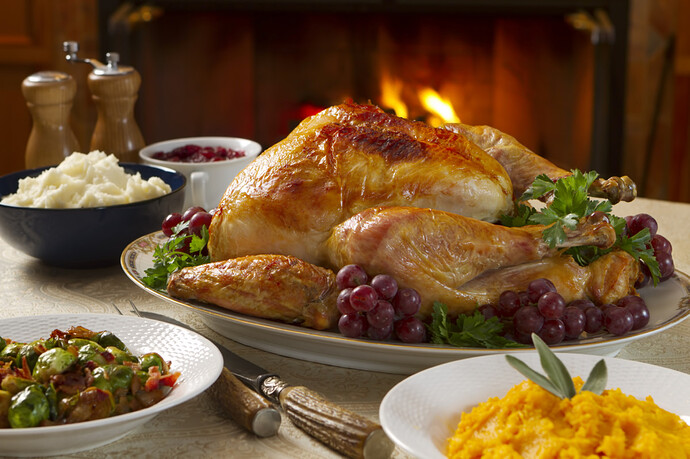 Thanksgiving Day is a national holiday in the United States, and Thanksgiving 2021 occurs on Thursday, November 25. In 1621, the Plymouth colonists and the

Are they just re-using articles from Columbus Day?

I’m sure your tofurkey with a soy glaze is delicious.