Up next... I got Shevchenko 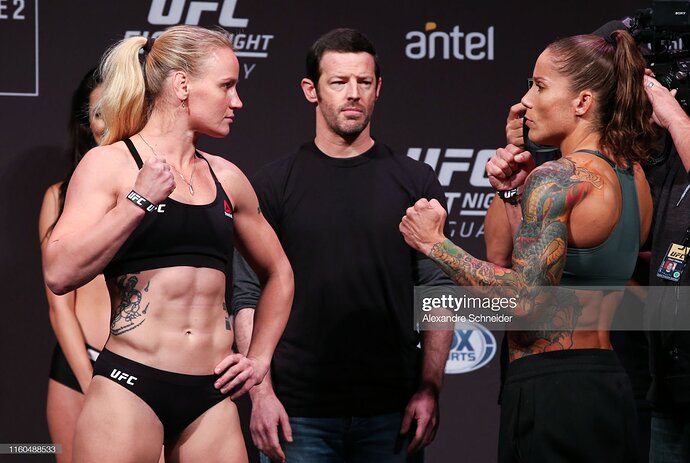 Liz is in for a tough one here. Predicting another head kick KO.

First round was super boring. This should have been the co-main event. Time to do away with title fights being the main attraction.

Lackluster round. Valentina seems a little off.

Wmma fights just seem like sparring to me. Frustrating to watch.

Is anyone keeping score? What did you judge first round?

knockoutfighter - Wmma fights just seem like sparring to me. Frustrating to watch.

This has been tough to watch (stay awake)

knockoutfighter - Wmma fights just seem like sparring to me. Frustrating to watch.

Yes, sometimes knockouts happen in sparring. But that was a nice kick.

remember they WHISTLE instead of BOO

Good lord this is bad.

In uraguay they whistle instead of BoO. The fact they are booing is hilarious. Really bored

There is a whole lot of fighting not to lose going on.