The saudi angle was something along the lines of there was a coup within saudi, lots of truth to this lots of trials, executions, and the saudis stopped funding terrorism about this time, But supposedly one of the first targets was in vegas possibly to compete an arms deal? this then branches into everything from the shooting at other casinos, to helicopters shooting into the concert…

The New Mexico compound of radical Islamists is being misreported at America’s own peril.

Judge Sarah Backus ordered $20,000 bail for the defendants in the extremist Muslim compound in New Mexico where 11 children were found dressed in rags, living in filth, and suffering from malnutrition. Not only were there starving children, another child was found dead after he was put through an Islamic ritual to rid him of demons. Additionally, at least one child said they were being trained to shoot and kill teachers, law enforcement, and others who appeared to be enemies.

The judge saw no reason to keep them in prison and ignored their radical religious/political views. She even accused the prosecutors of anti-Islam prejudice.

One of the accused Siraj Ibn Wahhaj is in jail because there is a warrant out for him. Another is here illegally so she was sent to the feds. The others are not yet released.

Backus, who said she was ‘troubled’ by their behavior, should be troubled. The ringleader of the compound is tied to terrorists. Prosecutors attempted to explain the terrorist connections, but the judge saw it as bias.

The ringleader, Siraj Ibn Wahhaj, is the son of a radical Islamic imam, also named Siraj Wahhaj, who is an unindicted conspirator in the 1993 World Trade Center bombing. The terrorist-tied imam has railed against America and called for Islam to take the country over.

Former U.S. Attorney Andy McCarthy knows the case well. Imam Wahhaj was a character witness for some of the terrorists at the trial. He is a notorious sharia supremacist from a Brooklyn mosque. He preaches that Muslims should immigrate to the West and form enclaves to prepare for violent action against the host country and live their lives according to the strictest form of sharia.

The ideology cannot be subjected to political correctness. Islam in its strict form is a political system that is in direct conflict with the U.S. Constitution. Wake up America! 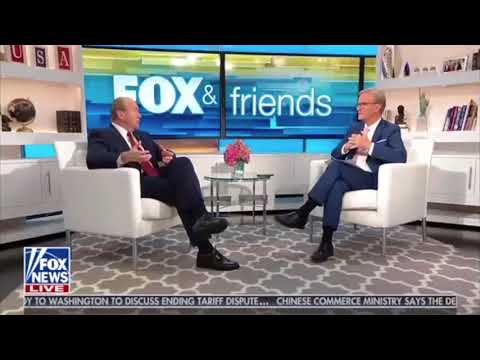 In her statement, she accused prosecutors of being anti-Islam:

There is that little concern about Wahhaj’s ties to terrorism.

“The state alleges there was a big plan afoot but the state has not shown to my satisfaction by clear and convincing evidence what in fact that plan was,” Backus said Monday, CNN reported. “The state wants me to make a leap and it’s a large leap and that would be to hold people in jail without bond based on — again — troubling facts but I didn’t hear any choate plan that was being alleged by the state.”

Here’s part of the judge’s order denying the prosecutors’ motion to deny bail to the #NewMexicoCompound adults.

Wahhaj was training children to commit mass shootings at US schools.

Siraj ibn Wahhaj is the son of a Brooklyn imam who was named as a possible co-conspirator in the 1993 World Trade Center bombing.

Via The Clarion Project:

The FBI did not act decisively, even as the compound prepared for war and the children were in peril, especially the missing boy who was almost certainly there and whom the FBI knew was in desperate need of medication.

Yet instead of searching the property themselves, what did the FBI do?

They asked the neighbor, Jason Badger, to wear a hidden camera and risk his life by approaching an armed, Islamic extremist compound.

The FBI placed the compound under surveillance for at least two months before the raid, hoping to get a positive identification of the boy’s presence there—even though the extremists at the compound knew identification had to be prevented and had taken visible measures to make sure it didn’t happen.

The Badgers didn’t like the idea of having Islamist extremist neighbors who illegally squatted on their property. They filed a petition to have them evicted.

Their request for eviction—a very brazen move on the part of the Badgers—was rejected by a judge in June.

During an August 7 news conference, a reporter asked why that wasn’t enough for the authorities to go in. The police spokesperson said it was a civil matter and not grounds for a search warrant. The extremists and starving children got to stay.

The trigger for the raid was when the New Mexico police were provided a message by the authorities in Georgia.

A message had come out of the compound. It said the children were starving and they needed food and water.

The New Mexico authorities decided to go in on their own search warrant. 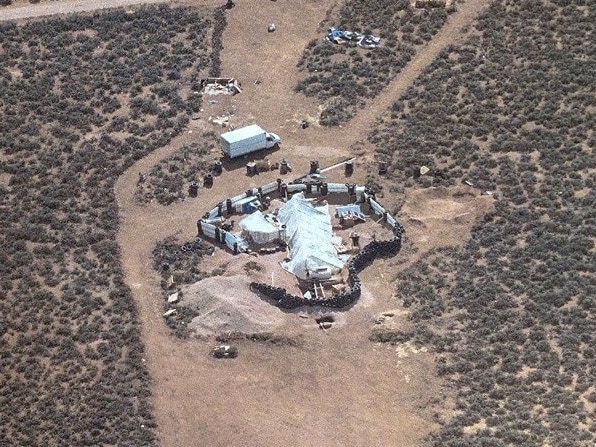 FBI Refuses to Raid Terrorist Camp Where Children Are Taught to be School...

Official website of the Coalition to Govern America. Features news and commentary on issues of freedom from top writers in the patriot community. Also, features live and archived audio of the Govern America radio broadcast, streamed live and aired...

Those gas tanks fueled Janet airlines, which is a highly classified fleet of aircraft operated for the DOD as an employee shuttle to transport military and contractor employees to Special Access Facilities.

A strange little side note.

Yep. Glad i’m not the only one who knew that, i dont think my dad does tbh.