Vernon maxwell tried to stab the dream in the locker room 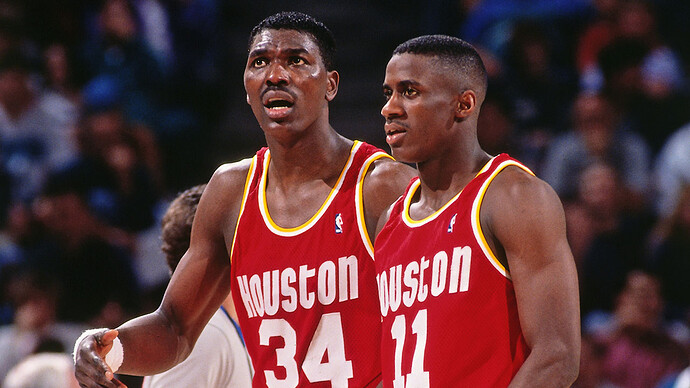 It's not every day a scuffle between teammates comes close to becoming a crime scene, but that's exactly what happened between Hakeem Olajuwon and Vernon Maxwell.

The guy was a nut. He also threw a weight at a teammate. He bailed from the team before the playoffs and they won anyway. I hope he is broke and living in the streets now

I met Hakeem irl. He was cool. He wasn’t freakishly tall like Kareem

Maxwell was a crackhead.

I hope he is broke and living in the streets now

Now 55 years old, Maxwell lives in Charlotte, North Carolina, where he follows each morning’s 20-mile bike ride with a round of golf before he gets in the gym to train his 14-year-old son. And he usually finds a way to get on Twitter, where his own brand of savage hilarity is well-received.

He was fighting with Gary Payton when the weight was thrown. It hit Horace Grant, who was trying to break up the fight. He had to sit out a game with an injured shoulder. Rumor was Payton grabbed a chair so Mad Max grabbed a weight.

Horace was such a nice guy. He is a giant and could have killed Max