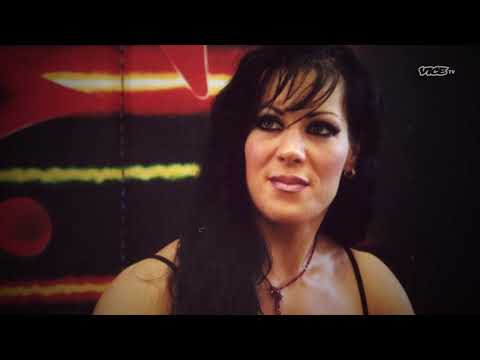 BROOKLYN, NY (June 4, 2021)– VICE TV, America’s fastest growing entertainment cable network, announced today the upcoming premiere of VICE VERSA: Chyna , the authorized and first ever documentary about the rise and fall of one of wrestling’s most fascinating figures whose life was tragically cut short in 2016 following a fatal overdose. Directed by Sunshine Superman ’s Marah Strauch , VICE VERSA: Chyna is the definitive account of the wrestling phenom’s life. It shares an in-depth look at what it is to be famous in America, weaving a narrative of betrayal and addiction untreated while revealing an intimate portrait of a complicated woman. The two-hour documentary will premiere Thursday June 17th @ 9 pm ET/PT on VICE TV .

She was billed “The Ninth Wonder of the World”- Joanie Laurer aka Chyna. As a World Wrestling Federation star (now World Wrestling Entertainment aka WWE), Chyna was a seemingly unstoppable force, an Amazonian warrior who went where women were not supposed to go, smashing through the glass ceiling and slaying her opponents. But after her abrupt dismissal from the WWE and losing the rights to her name, Chyna’s world slowly began to crumble. Attempting to navigate the loss of her career as well as cope with unhealed childhood trauma, drugs entered the star’s life. Chyna pivoted to participating in reality shows such as The Surreal Life and Celebrity Rehab with Dr. Drew , released adult movies, taught English in Japan and joined the Mormon church.

In 2015, Chyna’s close circle began filming the star with the intent of making a documentary called The Reconstruction of Chyna . The film was meant to be her epic comeback, capturing the reunion between Chyna and her estranged mother, an exotic spiritual journey and her pursuit to be inducted in The WWE Hall of Fame, but Chyna passed away during filming and the project was never completed. As VICE VERSA: Chyna will reveal, those in her inner circle had their own interests and demons that were in play as well.

“Joanie aka Chyna’s meteoric rise and fall is the stuff of Shakespearian drama, but underneath all that flash, she was an intelligent and sensitive person who struggled with addiction, ” said VICE VERSA: Chyna director Marah Strauch . “ This documentary will give viewers an intimate and unfiltered view of her personal journey as a pop culture icon and beyond and will compassionately tell the true story of Chyna’s last year of life .”

Viewers will have unprecedented access to exclusive videos from Chyna’s last year of her life, salvaged footage from the abandoned documentary as well as interviews from insiders in Chyna’s life including her sister Kathy Hamilton ; her mother Jan LaQue ; Chyna’s former fiancé and WWE Hall of Famer Sean Waltman ; renowned wrestling star and friend Mick Foley ; noted addiction medicine specialist Dr. Drew Pinsky, who treated Chyna during ‘Celebrity Rehab’ and worked to get her treatment during her final year; celebrated wrestler Billy Gunn ; noted wrestling pundit Vincent Russo ; and many close confidants and members of Chyna’s inner circle who spent her last year with her.

“ I participated in this documentary because, as Joanie’s mom, it was important to me to have the opportunity to tell my side of the story, ” said Chyna’s mother Jan LaQue. “ Joanie was an awesome human being not only in the ring but, more importantly, beyond the ring. She was a wonderful person. Joanie’s story is important to tell because people should know the vast extent her life’s positive impact had on so many others. Her gentle, loving and caring way was astounding despite the inner grief and sadness she carried at the same time .” I’m betting it will be very good.

Vice does great work on their wrestling Docs. I watch them all. I’m sure this will be fantastic. And sad.

Definitely something I will check out - I love the Darkside of the Ring series Vice produces. I imagine this will be solid too.

Cool that this is getting made. Honestly her life could have gone so different. If she had stayed away from potn, drugs, and making critical comments about wwe and everyone she woulf have had a total resurgence in the wwe once the womens revolution happened. Even if it was just as a figure head or to slap her name on events. Instead she never gets mentioned despite her well earned accomplishments in the business. Only woman to hold the ic title