He did fuck up, that guy touching him first saved that bum’s job and got a beating for it.

Yeah dude went overboard but once you flip that switch by attacking someone the dudes lucky he actually stopped.

Not saying it was the right thing to do I feel like I would at least have tossed him on the floor or something.

What is the va? Broke bums that were in the army 50 years ago get free health care or something?

The VA is full of unfireable people

You have no idea, my OG bro. There are people working for the agency that have no business being there. These people couldn’t make it in the private sector. It can take over a year to fire someone and be completely separated from them. I’ve personally seen four people take over two years to fight their termination and when they got their job back, they were owed a substantial amount of back pay as you can imagine.

Of those four people, one absolutely didn’t deserve to be fired, he just had a woman try to ruin his life. One absolutely deserves to be fired and I honestly don’t know how he got his job back. One person I thought deserved a lesser degree of discipline but thought to myself “rules are rules” it doesn’t pay to be nice to people. One person I thought needed to be fired years ago but ironically not for what they ultimately fired her for, lol. 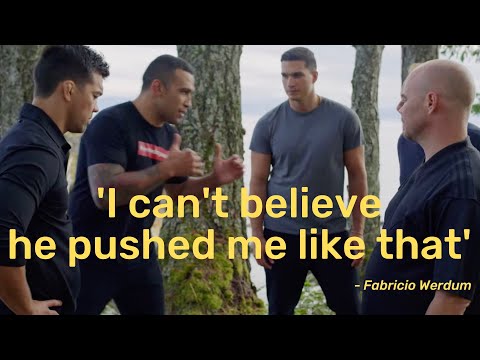 Trust me OG bro, the vets are already well trained in the art of VA medical center warfare.

Does this guy have any social media?

Lawrence Gaillard has since been released on bond

“The vet fucked up by touching him first.”

You wouldn’t know because you’re not a real man, but a real man doesn’t let another put his fingers in his face like that.

Wouldn’t it be ironic if a person who responded to the comment “the vet fucked up by touching him first” in the manner illustrated above was an outspoken critic of a particular demographic’s perceived inability to control their emotions and engage other adults in a civil manner? Maybe all that psycho babble about projection has some merit.

If that’s the patient advocate I’d hate to see what the VA police would have done.

No shit - the patient advocates at the VA where I see patients all seem to have the patience of saints. That’s literally their job, to handle people who are unhappy with their care or get substandard care or are pissed off about something. I cannot imagine any of the ones I know going hands-on with a patient.

Tangent - I used to head the committee on violence in the hospital - prevention, management, training, etc. I’ve run across a TON of incidents of Vets hitting staff, a few staff hitting staff, and rarely staff hitting a patient - but even with that, no one has ever cracked one of the patient advocates here, not in 16+ years.

Did anyone give you a reason why?

Agreed. I’m also on one of those committees.

Write your congress person and senator.

There is a reason that those staff members couldn’t give him the note he wanted. It was most likely explained to him more than once. He probably doesn’t accept the explanation that he was given.

It took me a couple of views before I saw the initial interaction at the outset.

wtf is with the foot stomp and soccer kicks?

As a Vietnam Vet, former physician and surgeon and nearly the same age as the guy in the video … I maintain there is zero excuse for such behavior. As a surgeon had I struck a patient even if hit first, my license to practice would have been pulled immediately. I was blessed enough to come home from ‘Nam with very, very little PTSD but many were not so fortunate. 22 Vets commit suicide every single day, many trying to escape the memories in their minds. I would never excuse someone striking a nurse or physician but the emotional stability of some Vets is somewhat lacking. Once you have seen close up combat, kill or be killed, you can never stop seeing it.

Putting your hand fingers out is a dick move, but playground rules don’t apply, especially when there’s a camera there.

Intelligent and principled people get by in life by believing they’re overrepresented in society.

I agree with what you are saying but I’m not sure that there is enough information revealed in this situation to know what particular issues this vet was having. Was he dis-satisfied over something trivial or irrelevant or did he actually have a valid complaint.

If this was an issue with a vet suffering from PTSD or was suffering from a psychiatric emergency, was in crisis and couldn’t be de-escalated, the patient advocate should have retreated from the interaction and picked up a house phone and asked for a ‘Code Blue’ announcement over the intercom.

Based ony experience I have a pretty good idea of what happened.

The point is the guy will remain an employed scumbag. He’ll get a slap on the wrist at worst. They’ve created a system that rewards shitty behavior.