Was Askren vs Aoki rigged? (Proof inside)

Why would Aoki pull guard against the MMA fighter who has the worst standup and one of the best top games?

Since when does Asken have the power to make anyone go into the fetal position with one punch? 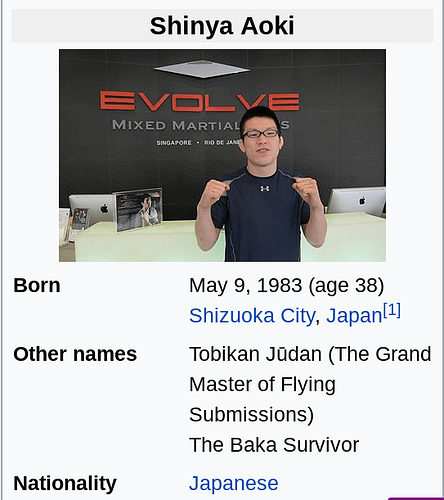 For a few cans of Monster Energy I bet we can get Quinton Jackson to verify this.

Japan and ONE are both in the country of ASIA.

Asia is one of my favourite countries

Your insane, Evil Yoshida himself proved Askren vs Masvidal was a work. The trick is to tuck your head in and close your eyes that’s what got Ben.

I thought so too watching this fight recently. I was thinking how da fuck did Aoki get tko’d, Askrens shots were so weak punching from guard. It was a total work IMO. This is coming from a guy who thinks Mayweather vs tensin was real (or put on a great act) tensin definitely got hit and outclassed