The west coast is so far gone.

Why are you bringing up treatment of “negros” and supporting racist CRT in the state of Washington, when blacks have no history there. No slavery, so segregation and no Jim Crow laws in Washington that applied to blacks…

@anthonyMI why do you continually try to suggest what MLK would support in terms of Communism in the 1960s compared to today? Why do you suggest he would be for CRT in the manner it is “taught” today and most importantly WHOM it is being “taught” by in 2021?

Communism in 1960s would sound reasonable from the perspective of what you would wish it to be (in theory), especially to someone in a county where they were legitimately being wronged by own country. Things were fucked up back then, this we surely agree on. He didn’t act on it though and he was not a Communist.

But you are using him here saying he would be for CRT when in fact he would never support a homosexual and feminist society. Like ever. He was deeply homophobic and misogynistic. Would you disagree with this?

He would not support ANY of this shit. He wouldn’t support the views or lifestyle choices of ANYONE promoting it. He wouid be telling them they are going to hell. He would take deep offense that black people are being used to promote agendas he would find aberrant. He would be called a hateful bigot by those that use his legacy like this.

What he could even consider as Communism in the 60s isn’t at all what is going on now. Those whom openly call themselves Communists aren’t even that. They are just fucked up people consumed by identity politics. We have been through this alreasy, these weirdos would be murdered by the state ran by Communists. You can’t hate the cops, commit domestic terrorism, and refuse to work in a Communist state. You go up against the wall for that. We both know this is true too. MLK would be so far against any of this the SPLC would label him a terrorist. Stop using someone you damn well know would not support any of this.

MLK was a Christian minister. Lol at him supporting the modern left 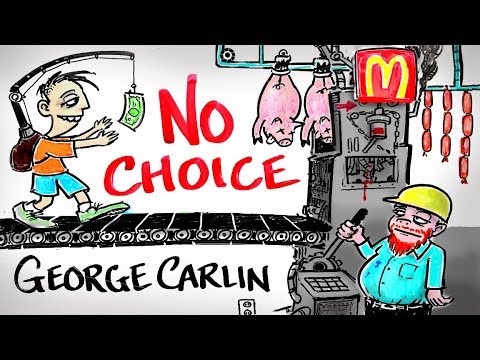 But you are using him here saying he would be for CRT when in fact he would never support a homosexual and feminist society. Like ever. He was deeply homophobic and misogynistic. Would you disagree with this?

If the main argument here is that King wouldn’t support critical race theory because he was a Baptist Minister who was born in 1929, that is a pretty simplistic way of looking at things. He was personally homophobic and sexist, but that wasn’t reflected in his politics. He was not anti-feminist and had barely anything to say about homosexuals. The guy who organized the March on Washington, and who spoke after King’s 'I Have A Dream" speech, was Bayard Rustin. Who was a gay man. King went through a lot of effort to protect him and keep him in the loop even though Rustin was a prime vector that Hoover tried to use to break up the movement. After all, King was active while the Lavender Scare was still ongoing. But, Rustin never had a bad word to say about how King handled the situation.

“I have a gay friend” is not the best argument against someone being homophobic, but it is the main thing we have to go off of.

Critical Race Theory is barely a half-step away from what King was saying post-Civil Rights Act, when he was leaning more and more into what we would now call intersectionality. There is no point in pretending his personal views would match up with 2021 sensibilities, he was a human not a hero, but there is barely a contradiction between his theory and what would be taught by a critical race theorist. Again, please, read that book instead of running off of some pretty disrespectful distortions used to make him more palatable and some stereotypes.

And really, take everything you just wrote and consider how the biggest champion of constitutional originalism alive today is a Black Catholic.

Communism was way more radical in the 60s than it is now, but he still was mining from it. You are right in a way, just not how I think you realize, though. People who call themselves communists today are usually against identity politics “idpol” because it is a deviation from Marxist class analysis. And King was all about idpol.

MLK was a Christian minister. Lol at him supporting the modern left

You’d be surprised how many “christians” support the modern left.

The most practical left organising in any given city will be either through, or in connection with, black churches.

Nonsense. Black ppl are only 13% of the population, black Christians are even less. The muscle of leftism in America is provided by atheist white leftists

That percentage is a bit higher in most cities.

Critical Race Theory is barely a half-step away from what King was saying post-Civil Rights Act, when he was leaning more and more into what we would now call intersectionality.

Holy shit, this is some Olympic-level dishonesty.

ONCE AGAIN, Critical theory and by extension Critical Race Theory are explicitly Marxist concepts. Intersectionality was popularised by Bell Hooks, a self-described Marxist.

I predict in the not so distance future you will have two DRASTICALLY different group of people living in different parts of the country. One group will have the reading level of a 2nd grader after graduating college, won’t be able to do basic math or understand science or even know real world history, but they will be a SUPER VICTIM class and know a hundred different ways to explain (in ambiguous terms) how they are oppressed.

The other group will be normal, functioning adults that will hold this country together.

MLK would be called an Uncle Tom by BLM and the left. He would highly criticize the absurd segregational ideas and over-the-top demands of the Left.

Marxists have never aligned with the religious population

Who is the Angel in that vidl? Savage. Hope more like her stand up

MLK has some surviving relatives. Listen to them. They are 100% unequivocally opposed to anything and everything to do with critical race theory. Which shouldn’t be surprising given that MLK’s central belief was that we should judge people based on their individual character and not their race, while critical race theory’s central premise is the exact opposite, that everything must be seen first and foremost through the lens of race. Whats really funny is that MLK’s niece Dr Alveda King voted for Trump…she must be a white supremacist just like her uncle!

CRT promotes everything that the civil rights movement fought against. You can’t seriously argue that MLK would be in favor of colleges creating white only cafes and separate cafes for colored people, having segregated graduation ceremonies based on race, etc.

A few years ago, he let slip that he worked for Open Society. He isn’t posting his opinions, he’s reciting prepared talking points.