Ways in which the far right and far left are very similiar?

Too emotional for one…

can’t think for themselves

Stand on principles and don’t the ride the middle like fags on here?

Both will whine about an election being stolen

The one exists in huge numbers and has institutional support, the other is a figment of your fucking imagination and so marginalized its irrelevant beyond lone actors. 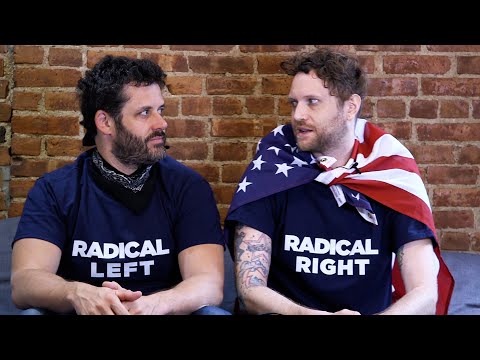 both have blind color allegience; but deny it. Both are easily made into sheeple. Both support big government and erosion of civil liberties. Both support warfare. How do I know? Because government continues to expand out of control, governmental reach continues to intrude on our lives, and we have been at war since the middle of last century.

Most ‘far left’ Americans would support the erosion of civil liberties and big government.

Outside of the Rinos in the Senate no one the ‘far right’ (far right being anyone that doesn’t agree with the ever evolving leftist dogma) supports erosion of civil liberties and big government.

Neither are very near.

Both are far from the center

The Patriot Act was supported by both parties. So was the war on drugs and the war on terrorism as well as the prison industrial complex.