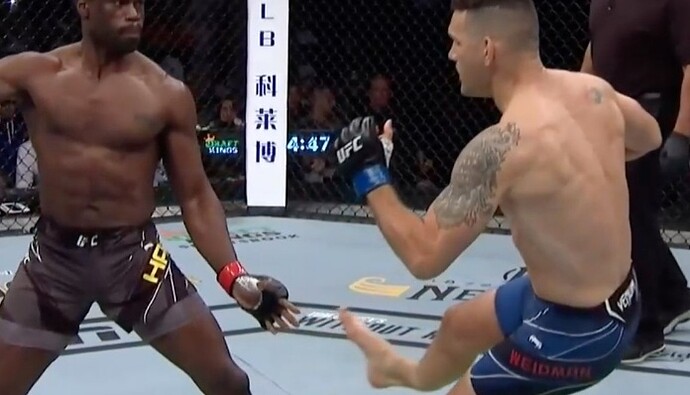 Former UFC middleweight champion Chris Weidman admitted that having a leg amputation is still a possibility as he recovers from his injury. 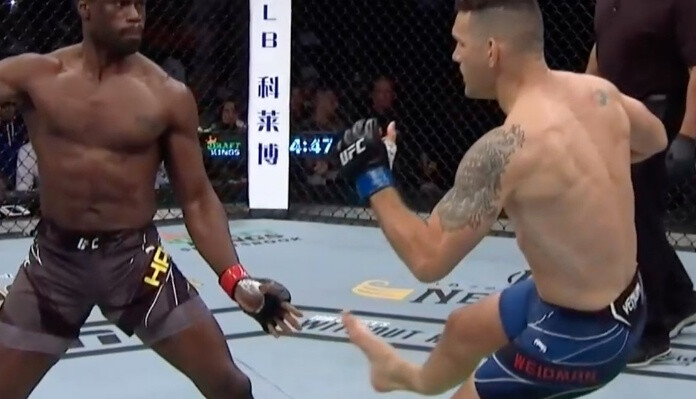 Former UFC middleweight champion Chris Weidman admitted that having a leg amputation is still a possibility as he recovers from his injury.

Weidman broke his leg in a devastating fashion when he threw a low kick that Uriah Hall checked in their middleweight bout at UFC 261, an injury that left “The All-American” writhing in pain on the Octagon canvas. It was one of the worst injuries we have ever seen in the UFC, but Weidman has been making an incredibly fast recovery since then as he’s already gotten back into the gym to do some sparring and even went golfing.
“There’s still a lot of things I’m going to have to deal with. Even taking out that piece of bone that’s floating in there, that’s the most minimal thing I’m thinking about but it’s something. The blood supply coming back to my leg completely is the big thing — I’m not even worried about it but that would be the biggest issue. That would mean amputation. So let’s just keep praying that I get full blood supply back,” Weidman said.

“Do you wanna be a fucking fighter!?”

If so, he could probably go down to welterweight, no?

There’s a lot of good talent at WW. He’d be busier than a one legged man in an ass kicking contest.

God bless the champ I hope he has a speedy continued recovery, this is tremendous usage of this gif. Well played! 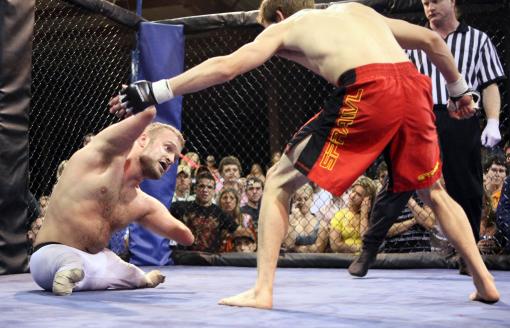 whoever booked this needs to rot…lol

I would highly doubt that amputation has even been mentioned as a possibility. He had a Tib/Fib fracture and got an intramedulary nail. Happens everyday… he’s young and healthy, he’ll be fine…

Hey Luke! Welcome back to the forum!

If anyone knows him or someone who knows him (long shot, I know), tell him to look into isolation tanks. I used to run a float centre and coincidentally my mom slipped on ice and snapped her tib just as I opened up shop. After surgery had healed she would hop in almost every night and when she’d get out her scar was glowing red and her swelling was about 1/2. I’d she took a day or two off, she was in much worse pain with more swelling as well. Anecdotal and I’m obviously not a doctor but her leg healed up way faster than her doc expected and I think it was due to better blood flow.

That is terrible & crazy.

I know a Purple Belt who lost his finger doing BJJ. No Joke. He mangled it, Green stick or Spiral fracture that cut some stuff internally. He didn’t go to the doctor, it turned black --pretty sure it was a vascular issue-- and they said the easiest thing is just to amputate it. And he did. The guy was a drug addict too. Probably how he could ignore his mangled finger for so long that it needed to cutting off.