Well that was a real fight for sure

lol well I admit this was a real boxing fight. Much credit to Logan Paul for going the distance.

Jake Paul can learn a thing or 2 from his brother and try a real boxing match sometime.

Much more respect for Logan than for Jake

Yep. We know Logan is for real. Now we’re going to see how good Jake is when he fights Woodley.

That was pig vomit

Pig vomit is considered a delicacy amongst boxing fans.

they both need to fight someone same weight

Agreed ! Props to them both for capitalizing on their YouTube fame for the money. If they want to be taken seriously though, they need to box a boxer in their weight class. These carney fights are simply just side shows. 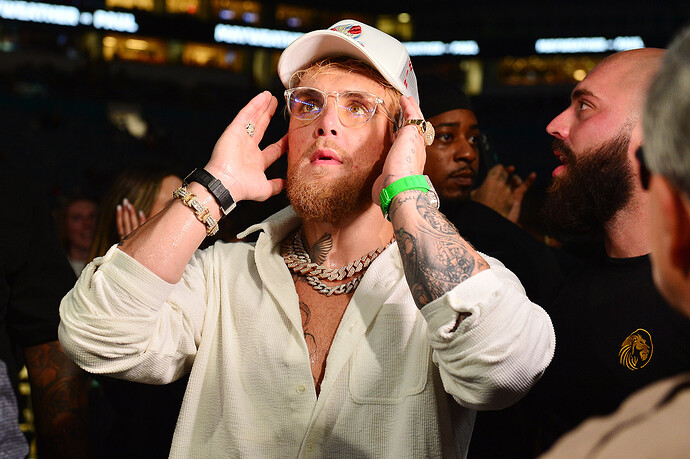 It’s one thing to support your brother, but Jake Paul’s commentary during his brother Logan’s fight – both during the broadcast and afterwards on Twitter – got more than a little …

Anyone whining about these fights being “side shows” is just jealous. The bros have 5 fights combined and have fought the GOAT and one one of the best college wrestlers and MMA welterweights of all time. Fighting another former world champ next. Try and take away from it all you want, but that’s the straight dope no matter how you try to twist it. There’s 0 reason to think they don’t have the potential to be contenders and ranked guys by their 10th fights, and nobody whining about how they should go the “traditional route” and box chodes with 4-20 records for their first 15 fights have any sense at all. They have a platform and are doing it right, I was a hater and still am not totally sold on them but denying that they’re better than I thought at this point would just be ignorant.

they both need to fight someone same weight

Hearing about who they “need” to fight is silly. They need to fight someone their own weight, a real boxer, blah blah blah. Why do they need to fight anyone kn particular? To prove they’re for real so you’ll respect them? Lol. This is pure entertainment. Nobody is watching because of their technique or to see if they’re “real fighters”. Its all about getting paid and everyone involved understands this. They want to keep the money flowing so why would they jeopardize it? Just like Kimbo, it’s a circus show that everyone watches until he loses. Them the novelty and mystique go away. It’s funny seeing all this talk about how they need to prove themselves against real boxers their size. What name boxer started out fighting anyone good I’m their first few fights? Every “real” boxer was fed cans and built up, but the youtube guys have to be challenged? GTFOH with that nonsense.