Kind of pointless if theh arent going to fight in the octagon. It didnt make either of them look good, or make people want to tune into their next fights really.

Nexuscrawlers - Kind of pointless if theh arent going to fight in the octagon. It didnt make either of them look good, or make people want to tune into their next fights really.

True...but if you are Werdum you didnt even have to show up, paid a small fine and got to smack Colby with a boomerang lol
Brockback_Mountain December 14, 2017, 6:08pm #4

Sure he can pay it off with some of that Chechen Concentration Camp money.

Now checked is a different story.

$600, lol.  I wonder what Werdum would do for $1K?  Maybe we could start a GoFundMe for a face slap or a push kick to the body.

Well yeah it was common assault. Same charge you get for spitting on someone or slapping them in Sydney. It’s not a serious offence or even one you have to show up in court for. That’s why Colby is an idiot for letting the whole world know he’s a bitch. If he asked anyone who knew the Australian legal system they’d tell him Werdum was never going to get more than a slap on the wrist, even with video footage.

This also proves he was never sucker punched in the lobby and there is no footage of that. That would have warranted an actual assault charge.

He should've given them $1200, found coby and hit him again. 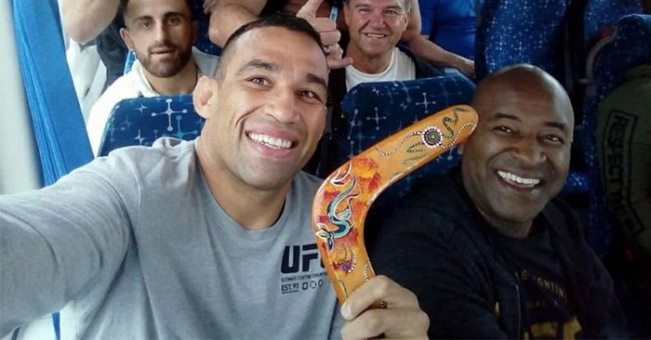 Colby was all “he’s gonna pay for this!”

Brockback Mountain - Colb seems like a bitch for snitching.

Right - because assault is so cool and reporting crimes makes you a bad guy.

Truth is that you'd cower into a puddle of piss and shit if Werdum smacked you with a boomerang and you call Colby a bitch, but he's slap you around effortlessly - if you'd get slapped around by a bitch, what does that make you?

Covington is so lame for actually bringing charges.

The next time Werdum acts aggressive, Covington will be justified to just shoot him. A fitting end for Werdum the bully.