I know there will be those vehemently against it, but AEW gove the man a call for some special one offs. 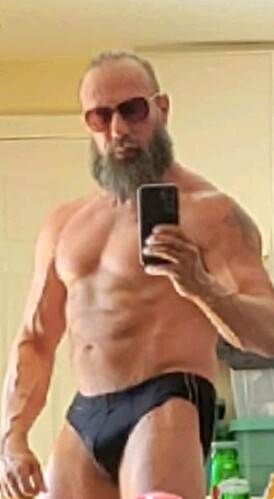 That’s a good one. “Jacked Pac” just didn’t have the same ring to it.

XPac vs Regular PAC in AEW?

He’s around the same age as Christian, Big Show, and Jericho. Surely they can get one match out of him. He did tear his butthole off for this business.

No need to bring Cyna into this pal.

If he’s going into AEW, I personally see it as WCW Sean Waltman. His name could be six (he had a second x in wcw I think, but wwe probably owns that), but I feel like that could be confusing with the dark order.

Name aside, I like the idea of him at least working with Pac in some way. He could reference the name with a line like “You know your name reminds me of the guy I used to be. Back when I was small and weak and my employer told me, and everyone in this arena to get the f out,(crowd pops)but look at me now”. (Sean takes off his his shirt to a gasping crowd)

Is that Dan Bilzerian from the future?